A question: if you could work for one of two news services, which would you pick: [poll]

Neither, I’d go for the one which does the best quality coverage.

Not meaning to derail your thread or anything mate

Some of us are just farmers’ market-shopping, latte-sipping inner city elitists The good news for Nine is that week 2 of the Canberra news increased ratings over week 1. That’s a good sign for nine people are finding it.

The bad news is this theory people don’t like local news. In fact what they don’t like is dodgy looking low quality local news like WIN and Nine’s new SNSW effort.

If Win and Nine put out something more akin to 9 News Darwin - they would be dominating.

But unfortunately Lori at WIN and Mike at Nine just aren’t that great at their jobs and put to air sub-standard quality of product. Viewers can tell - and so the slick sydney news comes out on top.

and so the slick sydney news comes out on top.

I have no doubt that having polished and professional On-Air Presentation is important, but do John & Jane Smith from Dapto really come home from a long day at work and think “I’m going to watch Seven News tonight because they have a real set while Nine and WIN use a green screen!”? Somehow I doubt it.

For most viewers, I’m pretty sure that the content and presenters are the biggest influencing factors as to why people watch a particular news service.

I think KICK-IT is referring to Seven News Sydney and it’s viewership in regional areas.

Although if you ask me, the word “slick” isn’t really a great word to describe Seven News Sydney these days. Perhaps “less bad than a couple of years ago but ultimately, still a resource-starved product” would be a more accurate term.

I don’t think anyone is basing News choices on sets and GFX. No. but people are basing their choices on overall quality. It looks and feels cheap. Vanessa not good. Viewers don’t know it’s a green screen and locked off shots with no OTS but they can sure tell the overall feel and quality of the bulliten is lacking. And that influences viewing choices no doubt. Especially when Canberra and Wollongong had 9 news sydney for 2 decades at least. -and then boom one Monday it’s gone and replaced by this. The noticeable drop in overall quality is Enough to send people to prime7

It just looks and feels awkward, stilted, and viewers can pick up on that. The bizarre backdrops that you actually have to look at for an hour. The awkward transitions being live and pre-record - it’s not a good viewing experience. And viewers have voted with their remotes

In reply to this comment on the seven news thread, I thought i’d start a poll about which news set [in breaking news mode] you preferred. 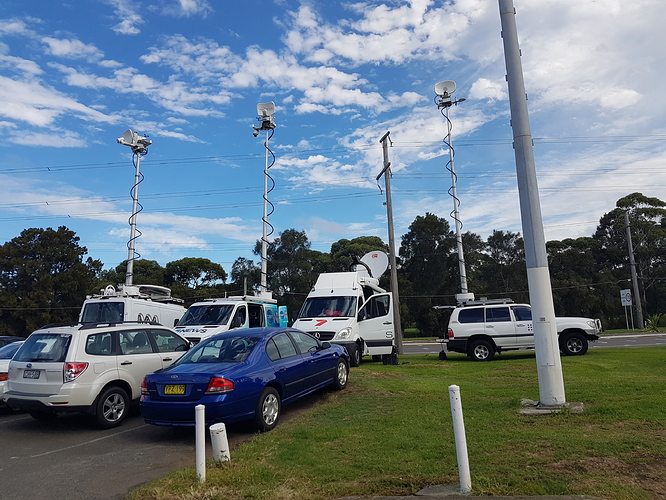 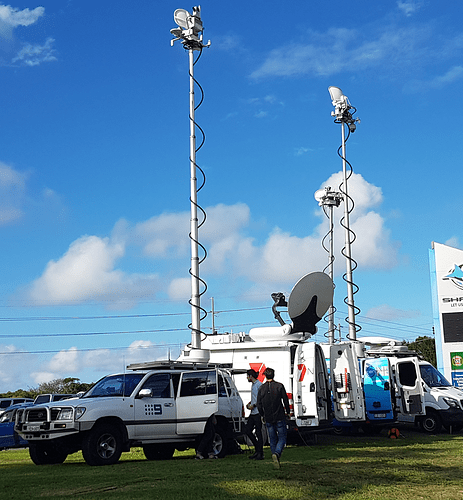 Note: Seven actually had two link trucks on-site because they had Mel McLaughlin OB Sport on the front lawn of the club, crossing to Liam Cox on the other side of the stadium with a live interview.

And how an interview looked On-Air vs BTS: 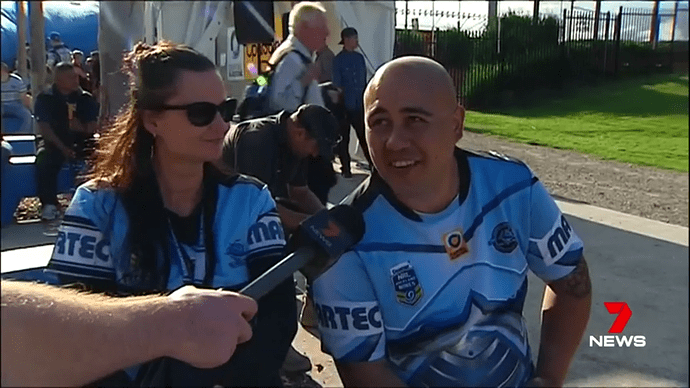 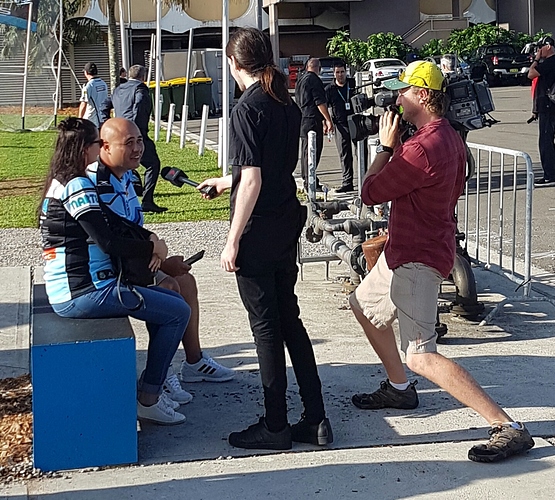 I think this is the best thread to put the following.

ACMA has released a report on local content in Regional Australia: http://www.acma.gov.au/theACMA/local-content-in-regional-australia-2017-report

It also includes ratings for local TV news services in regional Australia prior to 30th June 2016 (ie. before the WIN/SCA affiliation switch).

About the Regional News Broadcasts category

100% of TV news directors have an Anglo-Celtic background – and they are all male.

100% of free-to-air television national news directors have an Anglo-Celtic background – and they are all male.

These are the findings of the report Who Gets to Tell Australian Stories released this week.

It also found ABC, Seven, and Nine’s boards have overwhelmingly Anglo-Celtic representation, while SBS was the only network with an Indigenous Board Member.

However, ABC has a female-dominant board.