I wonder how many members were around 50 years ago…Me

Not me. By a few years

One of the few big news stories in the last 50 years I wish I’d been around for.

I remember being in a second grade classroom the day in 1979 Skylab was falling from the heavens worried it could hit me at any moment.

I wonder how many members were around 50 years ago

I watched it on Channel 9.

Is there any archive footage from Australian networks of the moon landing available online? The coverage from US networks is readily available.

Is there any archive footage from Australian networks of the moon landing available online?

I mean more the actual moments around the moon landing. 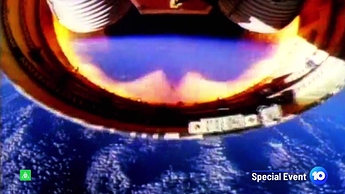 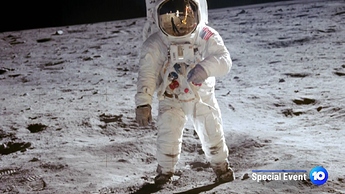 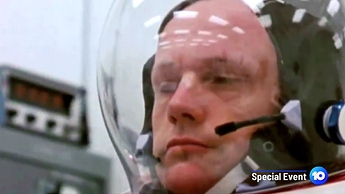 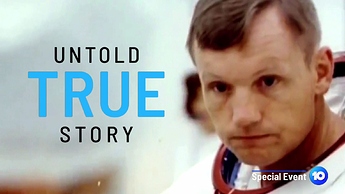 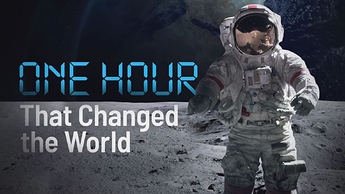 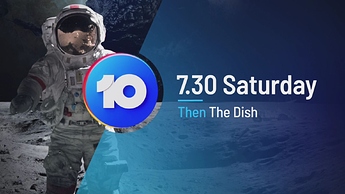 ATN 7’s detailed coverage of the Apollo 11 mission was led by Bruce Webster of the Sydney Today show. 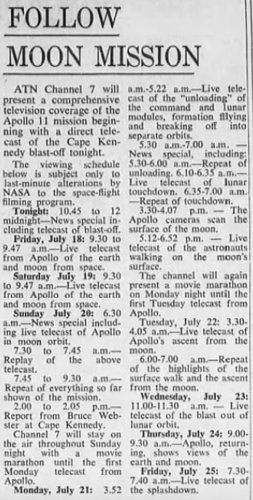 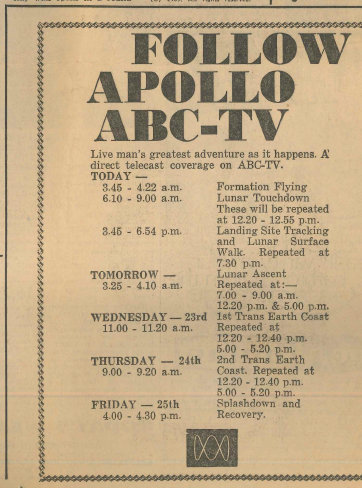 Live from the Moon: how we helped the world see Apollo 11

Landing on the Moon was the uniting moment of the 20th Century, bringing people of all nationalities together to look up and marvel at our collective achievement as a human race. Many nations played a role in putting man on the Moon and bringing him home, and Australia’s role was to facilitate a broadcast that would be watched by the whole world. Sadly, over time the names and roles of all involved have been lost or rearranged or forgotten. This is the story of the pictures you know, from those who showed our whole world the wonder of another.

Can’t believe this video from ABC - saying that the famous footage of an astronaut coming down the stairs is not Armstrong.

Their answer to the question of “why was there a camera there already” is at first correct when they say there was one on the side of the LEM but then get it completely wrong by saying “the footage … of an astronaut stepping down a ladder isn’t Armstrong at all”!!! Except of course that 600+ million people saw Armstrong come down the ladder. Unbelievable. 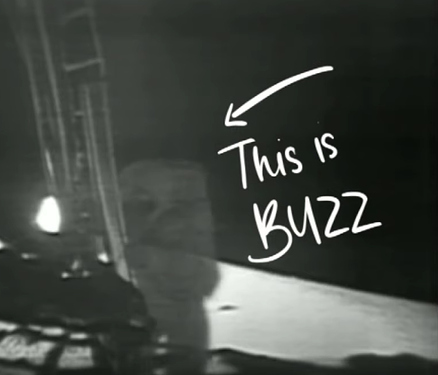 Fifty years ago to the day, @NASA and everyone else was staring into space, with eyes fixed on the moon. The crew of Apollo 11 were headed towards the lunar surface in the final hours of a daring mission to win the space race. 7NEWS.com.au #7NEWS https://t.co/8cUJUORd6p 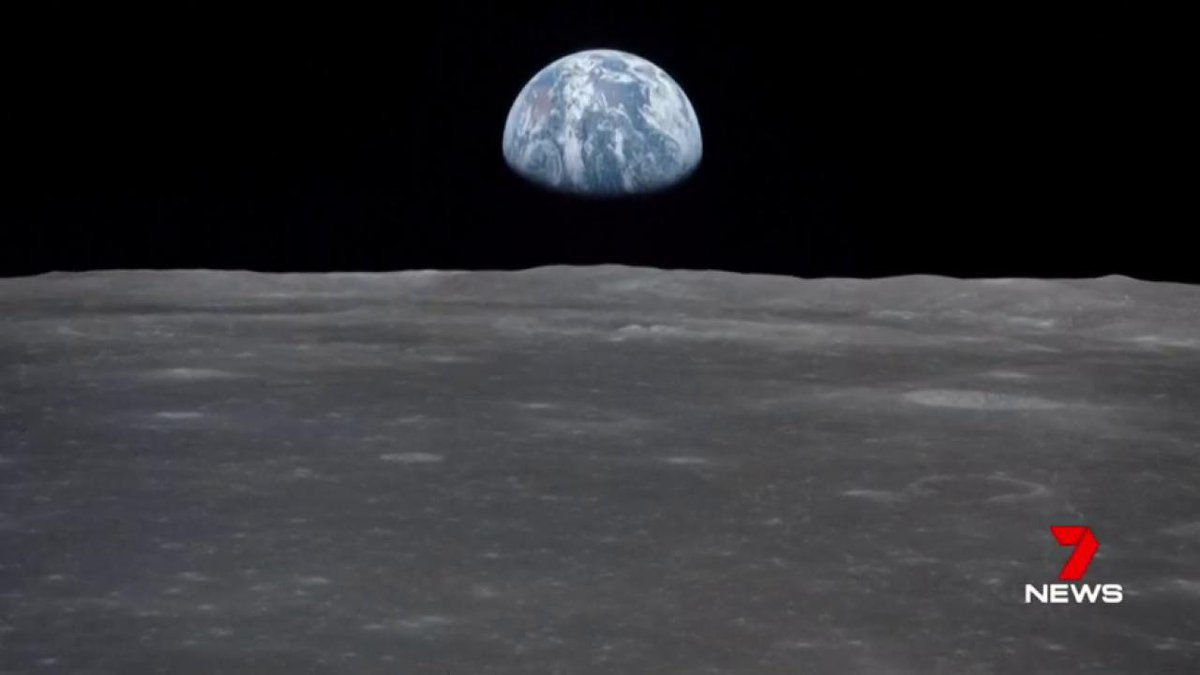 7 News report on the moon landing

Fifty years ago to the day,@NASA and everyone else was staring into space, with eyes fixed on the moon.

I had my eyes on the television, as did most other people who had access to a television.

ABC News channel was the only Australian free-to-air channel that just replayed the first step on the Moon at the time it happened 50 years ago.

They removed the ticker for a few minutes. 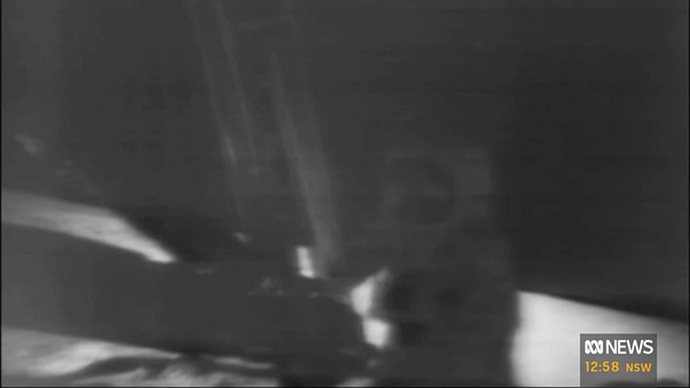 The Day We Walked On The Moon

ABC News channel was the only Australian free-to-air channel that just replayed the first step on the Moon at the time it happened 50 years ago.

This documentary film is currently screening in cinemas across Australia. I saw it yesterday and loved it! Everyone must see this! Apollo 11 documentary recreates the wonder and optimism of Moon landing

Documentary uses purely archival footage and voiceover to recreate the wonder and optimism of the 1969 lunar mission, from launch to landing.

Hundreds of Australians helped get humanity to the Moon and show this historic moment to the World. Mike Dinn from NASA’s Honeysuckle Creek tracking station, near Canberra, and David Cooke from CSIRO’s Parkes radio telescope played crucial roles in a TV broadcast seen by 600 million people. Watch their stories and learn from CSIRO’s Dr Sarah Pearce how Apollo 11 shaped her life and that of countless other scientists.

This is so exciting, close to half a million viewers have already seen our doco “Fly Me to the Moon” with Australians remembering Apollo 11. You can still catch it on iView @ABCTV @abcnews iview.abc.net.au/show/fly-me-to…
1 Like
← previous page next page →
Get Connected: Like us on Facebook | Follow us on Twitter