will you be posting the voz reports on here ??

OzTAM advise that ratings reports will be delayed this Friday morning 30 July.

Fantastic read (also talks about last week’s delay), sounds like a lot of behind the scenes issues going on ‘TV’s not dead’: OzTam Doug Peiffer on the future of linear and the arrival...

Overnight ratings are set to be pushed back to 10am daily, as networks seek to better report viewing habits.

OzTAM is introducing an additional daily report that will aid in reporting the Total TV picture.

These new reports are easier to work with than separate linear and BVOD reports, and provide perspective on how TV content is consumed on TV sets and connected devices over the course of a week.

Daily Overnight Linear TV Program Ranking reports will continue to be published the day after broadcast.

OzTAM further recommends and encourages focusing on the Consolidated 7 Total TV Rankings data in media reporting and analysis for all but the programs that attract most of their audience live (e.g., news, sport, event TV). The 7-day Total TV numbers most accurately reflect performance of a piece of content over that week, and so in many cases provide a more complete and true picture of program performance than Overnight ratings do.

The three reports work together to give a complete picture of how television content is consumed over time.

These reports also make it easier to see how the program audience builds over seven days across devices, and aid in understanding the full picture of how TV content is consumed over time.

Please note that the Daily Consolidated 7 Total TV Program Ranking reports do not contain VOZ data and should not be labelled or sourced VOZ . Although they draw on key inputs to VOZ, the audience thousands are not de-duplicated and do not include viewing in the new ‘Rest of Australia’ market that lies outside OzTAM and Regional TAM coverage areas. For details, please see the FAQs accompanying this email.

Prepared from Information supplied by OzAM and Regional Tam

Today is the first day of the new ratings report delivery format. What does the Daily Consolidated 7 Total TV Program Ranking exactly look like?

Note that today is the first day of the new ratings delivery framework.

Overnight data will be posted at 10am

Consolidated TOTAL TV reports will be posted any minute now for Sunday 5 September!

A post was merged into an existing topic: COVID-19: Impact on Australian TV Industry

Read the fine print. A taste of things to come. 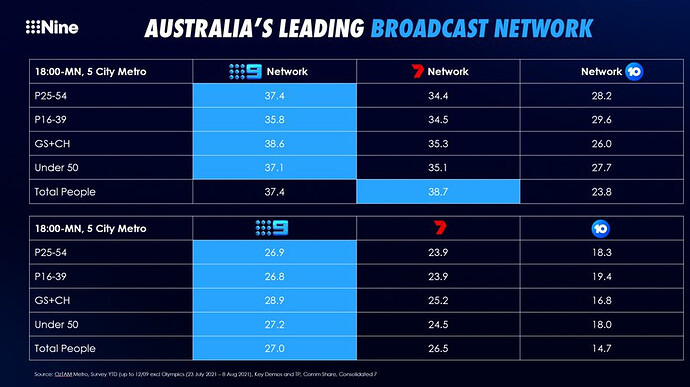 Mark Buckman has been appointed independent chairman of OzTam.

Buckman has more than 30 years of experience in marketing, advertising, and business transformation. He has previously held executive, advisory, and board roles at companies including Accenture Interactive, Foxtel, and Telstra.

“Mark is an experienced executive who understands both the client side of our business and the media and advertising industry’s complex dynamic,” says OzTAM CEO Doug Peiffer.

“He offers fresh insight and a wealth of board advisory and directorship expertise as OzTAM progressively evolves its all-screen, cross-platform measurement and reporting service, and will support our mission to provide independent, robust, transparent and credible data that reflects actual Australian viewing behaviour and meets client needs.”

Buckman succeeds Richard Herring, who has been OzTAM non-executive chairman since 2017.

“We appreciate Richard’s counsel during an intense period that saw the number of OzTAM panel homes increase by 50%; the introduction of live, demographic and co-viewing data to OzTAM’s daily Video Player Reporting service; streaming TV meters installed in 2,500+ OzTAM panel homes; and the launch of Virtual Australia (‘VOZ’), the foundation of Australia’s new Total TV reporting standard,” the shareholders commented.

“We thank Richard for his guidance and wish him continued future success.”

@TV.Cynic It’s going to be interesting to see which metrics (if any) the networks agree on and which differ and whether they use multiple data sets to suit their own wins, etc come end of survey.

As I was having a look online (all the publicly available uploads) and Voz compared to OzTam metro compared to RegionalTam regional all seem to differ somewhat with the same codings for certain programs.

In the fine print and on Voz there’s a page explaining it all (including why the splits added don’t sometimes add-up), it seems to come down to a few things: Spill, De-Duplication and Rest of Australia (a new metric). They respectively appear to mean: markets where multiple signals are received (e.g.) regional viewing a metro or vice-versa, viewing a same program on two mediums (e.g.) watching NRL GF on 9Now, then same viewer going to broadcast or vice-versa and not counting them as duplicates and the non-OzTam and RegionalTam viewing areas (e.g.) Darwin, regional South Australia, etc - not sure how these are measured without peoplemeters, maybe some algorithm based on the RegionalTam ratings and/or bvod in those areas?

So these three metrics seem to have given (e.g.) the AFL GF, in Voz only, about 200k more viewers than the 7 Day Consolidated Total TV figure. Note: none include bvod which Cynic noted was not included for some reason, even though it was revealed what the 7Plus audience apparently was.

Voz includes Spill, De-Duplication and Rest of Australia, but 7 Day Consolidated Total TV does not, nor does the older standard metrics I believe. 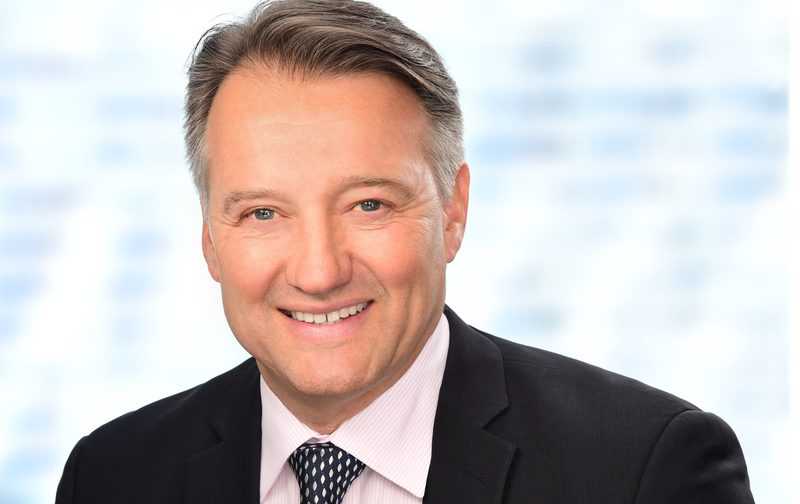 After announcing VOZ to measure total TV viewing on TVs and connected devices in 2018, OzTAM this year delivered on the promise. 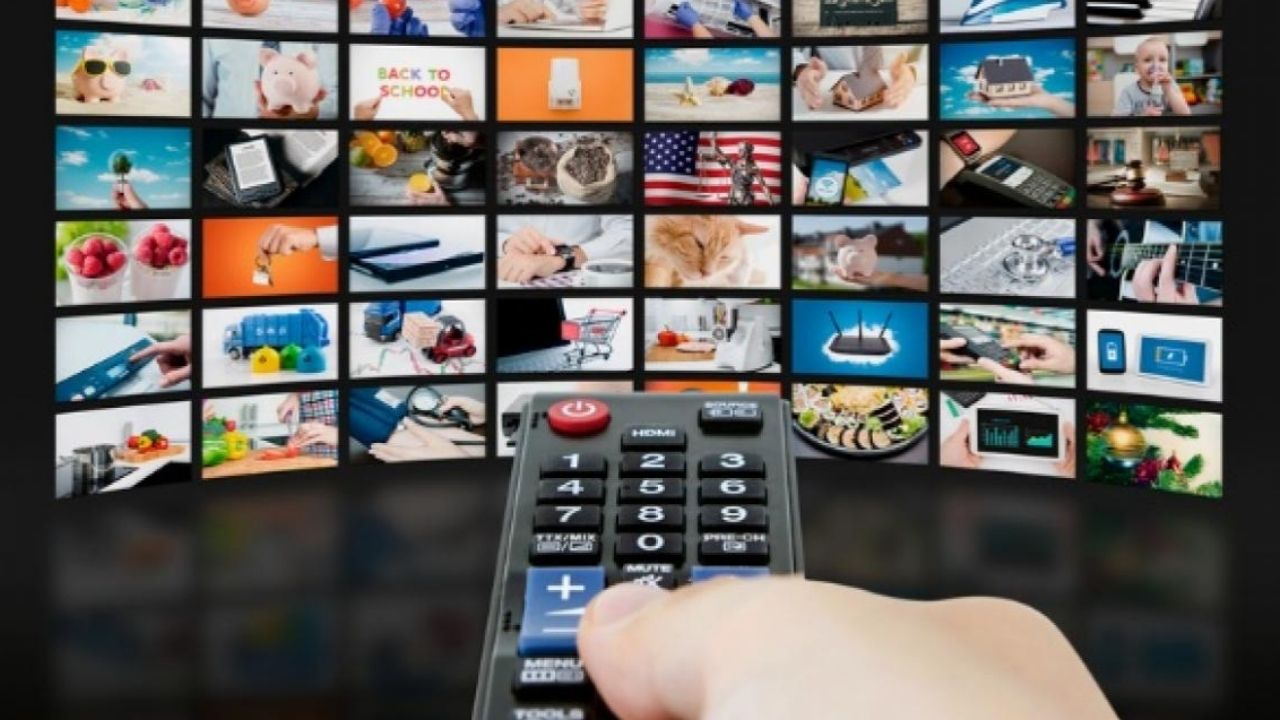 During an end of year ThinkTV presentation OzTam CEO Doug Peiffer shared an update on how the Virtual Australia, or VOZ reporting system, is delivering greater detail for media buyers and advertisers on the behaviour shifts of Australian viewers.“If...

The 2022 ratings years starts on Sunday 26 December. It will run for 53 weeks until Saturday December 31.

The “ratings” period will start in week 7 on 6 February and run until 26 November with the Easter break running 10 - 23 April.

For the new ratings year that stated this week:

This year OzTAM are expecting a only a 0.1% increase in population in the 5-city catchment area over 2021; significantly less than any previous year. The increase from 2020 to 2021 was 0.5%.

This year OzTAM introduced the VOZ ratings reports. According to OzTAM.

“This is where VOZ comes to the fore, as the only service in this market that can deliver Total TV measurement, with demographic profiles, across all screens and devices nationally.

“ VOZ data clearly shows the future of TV is linear + BVOD, and enables us to track how the Total TV marketplace continues to evolve .”

Since then OzTAM has also been sending through daily a completely different set of numbers under the title of Daily Consolidated 7 Total TV ratings.

The difference according to OzTAM:

Daily Consolidated 7 Total TV Program Ranking reports contain the numbers that most accurately reflect performance of a piece of content over that week because BVOD is an increasingly significant portion of the audience for many programs.

Please note that the Daily Consolidated 7 Total TV Program Ranking reports do not contain VOZ data and should not be labelled or sourced VOZ . Although they draw on key inputs to VOZ, the audience thousands are not de-duplicated and do not include viewing in the new ‘Rest of Australia’ market that lies outside OzTAM and Regional TAM coverage areas. For details, please see the FAQs accompanying this email.

However, while the Total TV ratings reports have been delivered on a daily basis, the last VOZ Report was from week 50 of 2021 almost 1 month ago.

If the networks through OzTAM want us to take notice of these reports they need to fix a few things. Namely the inconsistent results across reports with different parameters being used for each. For example, shows that are less than 10 minutes long do not appear on the Total TV reports. In addition, the delivery of the VOZ reports needs to greatly improve.

In the end it will come down to which data the advertising agencies chose to believe in and base their spending on.