Discussion of programming for 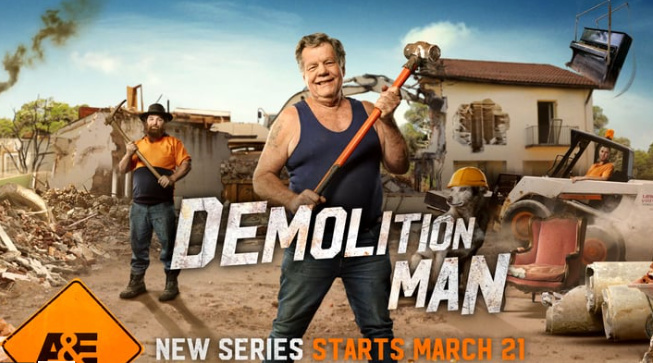 Premiere Tuesdays from 21 March at 7.30pm

Meet Lawrie Voutier the demolition man and his crew of misfits, big trucks and excavators as they smash, crash and bash everything from heritage mansions to industrial warehouses for cash.

Don’t be fooled, Lawrie’s not just a demolition man, he’s also a treasure hunter. He salvages stuff that would otherwise end up at the tip, finding rare items which he’s accumulated into one of the world’s best collections, worth millions.

Lawrie’s one of those people who has turned his hobby into a business. As a keen collector, Lawrie strips out anything of value from houses before he knocks them down. It might be hardwood floorboards, a fireplace or hundred year old stained glass window. Everything goes straight to his collection or is sold in his salvage yard.

Years of experience mean Lawrie’s eagle eye can pick the treasure from the trash. Combined with boundless energy and a love for the deal, Lawrie has amassed one of Australia’s largest antique collections including 15 steam engines, 50 vintage petrol bowsers and hundreds of enamels signs just to name a few.

Assisted by his right hand men, Jabba and Benny, with wife Sue by his side and son Charlie in his footsteps, Lawrie operates in a world where everything has a price – if you know where to look.

Jim Buchan, General Manager – Factual said “We’re thrilled with our latest series Demolition Man as it’s a lot of fun unlike any other you’ll see on television. We discovered Lawrie in regional Victoria during the final series shoot of another of our local commissions Aussie Pickers. We knew then we’d found a real life gem of a character who’s recognisably familiar to us all being the personification of the tough, hardworking Australian battler success story.

“Lawrie is a family man with a big heart and a great team who always get the job done in spite of the odds. With their self-deprecating sense of humour these characters are reminiscent of those depicted in classic Aussie films like The Castle and Kenny yet they are truly unscripted and real making it even better. Our A&E audience are tough critics who we believe will love watching how this demolition team can turn a buck out of almost anything.”

Demolition Man is produced by CJZ and will air exclusively for Foxtel’s A&E channel on Tuesdays from March 21 at 7.30pm AEDT.

Buckle Up for a Trucking Good Month streaming on Foxtel

Fuel your passion for heavy haulage with a huge month of all things TRUCKS streaming throughout June On Demand. Foxtel’s A&E channel is offering a truckload of shows to stream including everyone’s all-time-mega-favourites Mega Truckers and Ice Road Truckers alongside a massive collection of new and returning hit-series Outback Truckers, Highway Thru Hell, Heavy Rescue: 401 and more.

Stream your daily dose of diesel On Demand on Foxtel or Foxtel Now and choose from over 40 hours of new episodes and specials from A&E’s June premieres:

Outback Truckers, season 5 – Epic roads, monster loads and more dirt madness, Outback Truckers is back for another classic season. Australia is a land of extremes and the Outback Truckers face those extremes on every job they do. Tropical storms can turn a dry dirt road into a massive bog in hours. Get stuck and it can take weeks to get out. Desert heat can cook a man and his engine in minutes. Make a wrong move and you can end up dead. Streaming from Wednesday June 12.

Heavy Rescue: 401, season 3 – The men and women who fight to keep North America’s busiest highway rolling are hitting the road for a new winter and face new battles in this latest series. Streaming from Monday June 3.

Highway Thru Hell, season 7 – From massive mudslides, to white-out snowstorms, monsoon rains to dangerous rockslides, the heavy rescue teams will be tested by brutal, relentless conditions and by some of the most spectacular wrecks. Streaming from Monday June 3.

Truck Night In America, season 2 – It’s a new season of monster competition as both drivers and machines face a dangerous and demanding test of ingenuity and skills. This challenge features a diverse line up of vehicles, including a 1986 Suzuki Samurai and a 2008 Lexus, along with special guest appearances from NASCAR Champions Kyle, Kurt Busch, and others. Streaming from Saturday June 1.

American Restoration: Truck Edition, one hour special – With a tight budget and just 30 days to restore a 1956 Ford pick-up the pick-up, Rick Dale and his team work around-the-clock overcoming one challenge after another to bring this American classic back to life. Streaming from Wednesday June 12.

Born Tough: Inside The Ford Factory, one hour special – This special event lifts the veil on the operations at The Ford River Rouge Complex, where Ford’s F-Series pickups - the best-selling vehicle in American for over 40 years - come to life. Streaming from Wednesday June 19.

Truck Hunters, one hour special – Two top truck builders compete for a sale as they find, restore, and put their personal stamp on two classic trucks. Each shop must design with the buyer in mind and, with limited direction, blend their craftsmanship and style with personalised details that will gain the buyer’s favour. Streaming from Wednesday June 19.

Truck Wars, two hour special – In this special event, automotive experts, designers and historians weigh in on the most influential innovations in the truck world over the past 120 years to make pickup trucks essential to the American way of life. Streaming from Wednesday June 26.

If that’s not enough mileage for you, then re-live the adrenalin-pumping moments from your favourite episodes of A&E’s most loved series available to stream now On Demand:

Jet Truck, season 1 – Follow the Darnell family and their crew as they travel across the country to thrill hundreds of thousands with their 36,000 horsepower, 376 mile per hour jet-propelled truck - while trying not to kill each other.

Ice Road Truckers, season 11 – For two months out of every year, a group of exceptional men find their way to the Canadian tundra to undertake one of the most dangerous jobs on earth. In the thick of winter, truckers in giant eighteen wheelers carry vital equipment and supplies to miners hundreds of miles away. In blizzard conditions, these truckers travel over ice roads that often take them over frozen lakes. Each man is trained in self-survival, from fixing his truck in subzero conditions in seconds to escaping from a truck if the ice cracks. On the other end of the journey are miners whose lives depend on the truckers making it to their base, year after year.

Vegas Rat Rods, seasons 3 & 4 – Located on the outskirts of Las Vegas, Steve Darnell and his band of oddballs and misfits create one-of-a-kind rat rods. With the demands of their quirky customers, the team at Welder Up strips and rebuilds vehicles from hidden treasure. 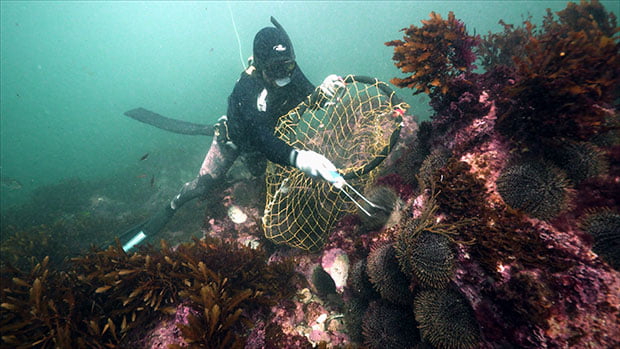 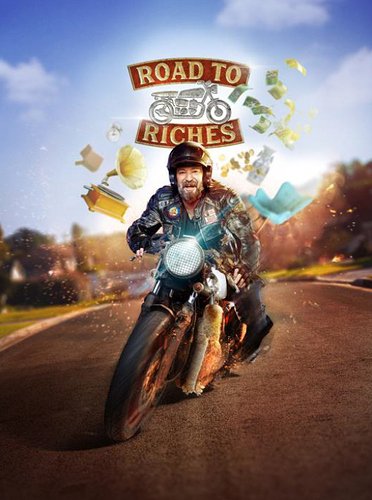 Lucas Callaghan of ‘Aussie Picker’ fame is back on A&E in his new series Road to Riches, a fresh, fast paced, energetic look into the skill of identifying household valuable antiques and collectables.

Road to Riches follows Lucas as he visits everyday peoples’ households to help them convert their unwanted collectables into cold hard cash. He’s the antithesis of the antiques industry vultures who take pride in finding cheap treasure and selling it at a vast profit for themselves. Lucas shows everyone how to achieve top dollar for their wares.

He’s on a mission to find hidden treasure in every Australian house, and turn it into money. Lucas specialises in “unique collectable objects from the postwar period” finding rare collectables and restoring some items to their former glory to sell for profit.

Heading out on his vintage motorcycle, Lucas is invited into homes to cast his eye over pieces and determine the best way to sell them. “It’s all about making the most money for the owners”. From mid-century furniture to clothing, toys and collectables, every house has about $5000 worth of unwanted goods that can be moved on – and Lucas is just the man to do it!

Some of the highlights of Lucas’ hunting is a giant Star Wars collection that has to be seen to be believed, rare designer chairs, exclusive pottery, a 2 metre high brown bear, historic football jerseys, and caps worth tens of thousands, authentic Arthur Streeton watercolours, football card collections, classic cars, fine wine and convict coins. Lucas takes them to auction to qualify their real value once and for all for the owners.

Lucas’ unique skill is sorting through the often hundreds of items that families have gathered over generations, and determining which are the best pieces to sell. It’s not always easy – discarding the sentimental, damaged and out-of-fashion pieces can be heartbreaking for people who thought they were sitting on a fortune. But the flip side is when Lucas finds a piece they thought was cheap or of minimal value - and it’s worth a fortune.

Road to Riches is part of Foxtel’s ”Summer Fest”, a massive line-up of the hottest entertainment featuring the world’s best live sport, drama, movies and shows all in the one place this Summer.