Discussions on everything 9Life including On-Air Presentation. Seen only on the Nine Network for now including Sydney, Melbourne, Brisbane, Gold Coast, Perth and Adelaide.

Nothing has been mentioned so no idea! Maybe someone on the Gold Coast can confirm?

So Darwin is still without 9life? Seems a bit strange…I thought they playout was done through the nine playout centre

Not sure if this was mentioned previously in the old thread but the Nine Network have secured the FTA rights to The Kardashians for 9Life starting Tuesday 5th at 10:30.

Is that a spin-off from Keeping Up With The… thingos?

Assume it is though, cause all of their other shows are just spin-off series with just some of sisters, i.e. Khloe & Kourtney take Miami or couples - Khloe & Lamar etc. 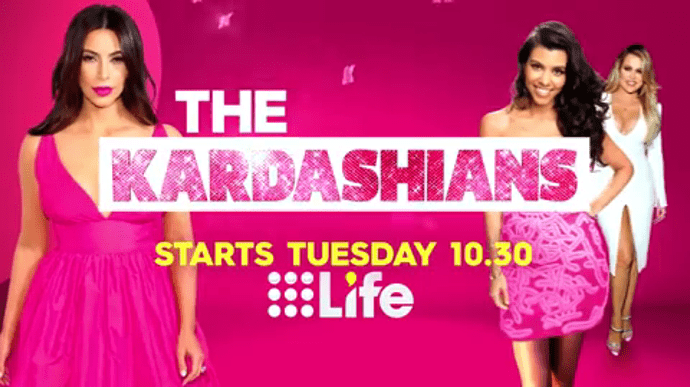 Wasn’t that rubbish on 7 and 7Two?

How does this fit into Lifestyle?

I think this would fit into the category of “Guilty Pleasures” - the other genre of programing that 9Life airs!

How does this fit into Lifestyle?

Appears as though 9Life are starting with Kourtney & Khloe take the Hamptons as part of their ‘The Kardashian’s’ series.

I have to applaud the network on their social media integration with their programming, much better than either of the other two FTA networks.

Nine generally do pretty well with their social media integration during programing (of all channels, I might add) from what I’ve seen. Seven and Ten could certainly learn a few lessons from them, that’s for sure!

Nine’s director of acquisitions, Hamish Turner, told Mumbrella he was particularly pleased with how the new TV channel was performing among a female demographic.

“We kicked it off on November 26 and, yeah, it has done well,” said Turner. “It has well and truly exceeded our expectations and delivered above and beyond what we expected.

“It has been doing an average of around 2.4 (% share) in total people, but if you look in the demos it is around a 5% share within the target audience of women aged 18-54.”

“That’s the most interesting thing to me; we went out to target a very specific audience and so far we have been successful in appealing to that audience.”

“People don’t tend to time-shift (this content) as much,” he said. “There is a real immediacy about it helps that 9Life is targeting an audience that none of the other multi-channels are going after.”

The problem with the strategy was that they already has a channel that targeted women. GEM’s audience had dropped 1.5% in total people since 9Life started and it now regularly rates in last or second last place in the demographics of the commercial multichannels. It will be interesting to see how the strategy goes during ratings period when multichannels can rate lower rather than over summer.

I would’ve thought that GEM primarily targets older women, while 9Life is targeted more towards a younger female audience.

Who knows what GEM targets now, before the intro of 9Life its target audience was women and grocery buyers. Since the introduction of 9Life its audience has fallen dramatically. While 9Life has picked up viewers, over the same time, 9GEM has lost them so the article from Mumbrella was only telling part of the story.

9Life starts on WIN in regional WA at 6am AWST today (9am AEDT).