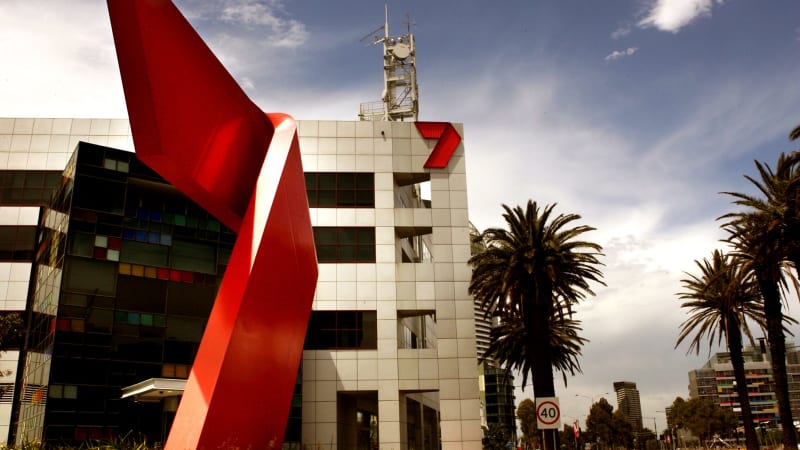 Seven West Media is believed to be preparing to unveil a new free-to-air channel to its advertisers and media agencies on Friday.

7food.com.au is owned by Pacific Magazines.

Sounds good.
I believe this was rumoured a few years ago?

Seven now with four multichannels? You let me be! Too bad Prime will be late with this… SBS Food rebrands from November 17 after a 3 year deal with Scripps Network ends.

Presuming that 7Food is going to be made available via terrestrial TV and isn’t just an online streaming thing, you’d have to imagine that it will be in MPEG4.

Despite the hoopla made about it being “now available on more TVs” when the switch to MPEG2 happened after the demise of 4ME, I personally wouldn’t be overly surprised if 7Flix gets switched back to MPEG4. 7TWO and 7mate are far too important for the network, so expect those channels (along with the main SD service of course) to remain in MPEG2.

Come on, 7 Tasmania still haven’t even got the last added channel - 7flix

Another Seven channel!? I guess their consistent with names/logos “7…” whatever. Let’s hope the changes with play-out mean all their channels, including new, metro and regional, can all be consistent and streamlined, ready at the same time as Sydneycitytv mentions.

If it is a free-to-air channel, they will actually have five - 7TWO, 7mate, 7flix, 7Food, racing.com

I believe this was rumoured a few years ago?

Yes, first announced at the Seven Upfront in 2014.

I personally can’t see that happening. Doesn’t 7two currently offer a wide range of programming, and if so, where would all that go?

Enough with adding more multi channels. Focus on improving the quality of shows on the channels that you’ve already got. We don’t need another channel full of repeats and junk.

Yeah more channels at low bit rates. Fine 10 years ago when people had average size TVs, now anything 40” and over, all the SD channels look shithouse in quality!

Another useless channel. I agree with Chris focus on improving the quality of the shows and their channels first before starting a generic food one.

There’s already 9Life on a rival network and that in itseelf hasn’t exactly been doing well, so I also don’t see that happening at all.

In terms of freshening Seven’s multi-channels, they’re currently No. 1 (individually and combined), so I also don’t see that as a priority, it actually gets them home so to speak more often than not (but Ten on the other hand…)

I thought 9Life did OK in the ratings for the first six months or so of the channel? It has been behind 7Flix in the metro ratings since they switched to MPEG2 though, IIRC.

As for the earlier discussion expressing dismay that we’re getting another multichannel while half of them aren’t up to scratch, Seven (along with all other commercial broadcasters) would only consider launching a new channel if it has the potential to be profitable. You can bet that if/when the “7Food” channel is launched and becomes successful with increased audience shares for the network, Nine will probably be scrambling to get something similar up.

I thought 9Life did OK in the ratings for the first six months or so of the channel? It has been behind 7Flix in the metro ratings since they switched to MPEG2 though, IIRC.

9Life, 9Gem, 7flix, Eleven are all doing poor I’d say, but especially Gem and Eleven which are far more established and available?

Positive for 7flix is though, it’s doing well in the key demos. 9Life is not.

How on earth is Seven going to squash another channel out of its available channel bandwidth?

I wonder what LCN 7food will be on (if on DTV).