The Sound of Music?

When they showed it on Seven at the end of last year it dominated the night too. Sounds like the movie itself is still a ratings grabber, at least on Saturday nights.

Well guess what… The Wizard of Oz Saturday week on 7flix (previously a Nine staple, another Seven WB pick-up).

Hasn’t aired on FTA in over 2 years

Shame 9 now has Grease after all these years

For the first time since the channel launched in 2016, it looks as though Seven have decided to move on from Bones marathons on Wednesday nights?

What was until recently one of its most consistent nights (above a 2% shares), this year so far has languished in the 1%, in fact no better than what Seinfeld/MASH/Modern Family nights (Sunday to Tuesday) are doing, as low as at least 1.4% one night. Suggesting viewers are wanting a change.

And fair enough, as networks, even if it’s only every half a year or many months, need to keep multi-channel schedules somewhat ‘fresh’, so for Wednesdays on 7flix it’s 3 years overdue. Though Criminal Minds marathons on Thursday remain, bucking the trend, still doing well, close to 3% shares some nights (and last year went above that), but lack of competition on Thursday’s certainly helps.

7flix has changed their line-up again…

They’re running the “Karate Kid” movies tonight, tomorrow and so forth next Tuesday and Wednesday.

NB/ Next week’s is scheduled in advance, but tonight is very last minute change, as well as tomorrow night which had another movie (therefore tonight and tomorrow probably don’t have promos ready).

From Tuesday 14 May at 8:30PM with double episodes each week 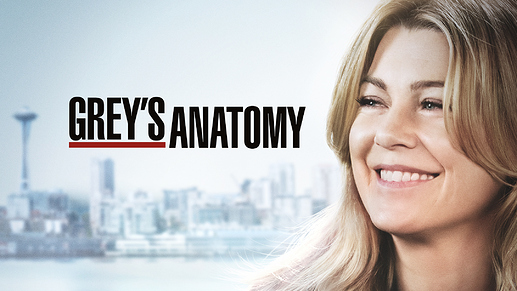 The doctors at Grey Sloan Memorial vie for a new position. Meredith is seemingly distracted and struggles to stay focused, and Maggie finds herself the keeper of a big secret while Amelia and Owen try to figure out their relationship. Meanwhile, Jo and Alex’s honeymoon doesn’t go exactly as planned.

New doctors continue to shake up the hospital in typical Grey Sloan manner. Meredith bonds with a patient while Jackson struggles with the meaning behind recent experiences; and after making a life-changing decision, Jo forms an unexpected alliance.

Is this the first season without main channel? Even last season got a late night run on the main channel a number of months ago.

That information is completely incorrect.

I’ve changed it to a synopsis of the first 2 episodes - hopefully that part is correct.

Season 6 of Marvel’s Agents of S.H.I.E.L.D began in the US last night, but it could be a while before we see it here on 7flix, assuming Seven still has the rights. 7flix Program Schedule for Week Commencing May 19, 2019 | Highlights include the season finals of The Passage and Black-ish, plus all new episodes of It’s Always Sunny in Philadelphia and Grey’s Anatomy.

Wrong movie? Or have they made a very late change (guides show “Keeping up with jones’” tonight)

The world is more giant than you can imagine! #TheBFG Tonight 8.30 on 7Flix | https://7plus.com.au/live-tv?channel-id=7Flix

New week released. No major changes but 7flix have removed the 7:30pm Monday encore of Britain’s Got Talent. Seinfeld comes to an end on 7flix next Friday. Unknown whether Seven have lost rights (under Sony Pictures TV) or are just resting the show. Replaced by The Nanny (which returns after being rested for months).

Comes after the same circumstances recently for Bones.

They seem to take turns, alternating between it and other shows in the 6pm slot. 7Flix aired the full Seinfeld catalogue about 6 months ago, rested it, and are playing it again now.

My guess is they’ll play the full catalogue of The Nanny and then go back to Seinfeld when they’ve aired everything. 7flix Program Schedule for Week Commencing June 9, 2019 | Highlights include the fifth and final movie in the Twilight Saga franchise, plus all new episodes of The Amazing Race.

They seem to take turns, alternating between it and other shows in the 6pm slot. 7Flix aired the full Seinfeld catalogue about 6 months ago, rested it, and are playing it again now.

How will they fit it in amongst the dozen Two and a Half Men eps they have scheduled daily?