Cate has said during the Comm Games coverage that her intention is to compete in the Paris Olympics.

Always better to have a real journalist pool side isn’t it? Nathan Templeton was great in Tokyo and Rio.

Bruce just makes this athletics coverage so watchable. Hope 7 gets the rights to Paris. It’d be so awesome to have him go out on top calling from inside the stadium as opposed to remotely from Tokyo.

If 7 gains the rights to Paris, she will be in France as a commentator. Hope swimming returns to linear TV with interest of the sport gaining.

Each to their own, I don’t mind having ex-athletes or current ones working in the media, even if it is only a once-off for that certain individual. They do provide some insight into other athletes and individuals that a Journalist might not be able to, Cate is doing a great job pool-side at the moment and should be commended appropriately.

I wasn’t really a fan of Cate beforehand but she has really impressed me during her stint commentating.

In a strange move, the majority of coverage of the Closing Ceremony has been moved off the main channel to 7Mate:

Sunrise will therefore start at its usual time of 5:30 AM.

That is absolutely crap

That’s a strange move. So 15 minutes of preview and brief recap of the entire Games on main channel, but for the ceremony itself you will have to tune into 7mate or stream on 7plus.

The closing ceremony highlights is on the main channel though, at 11.30pm on Tuesday.

A replay of the closing ceremony has also been added at 1:45 PM

Seven must have been worried after seeing the low numbers for the opening ceremony; but I would have thought its pretty poor form for the official broadcaster to close off their coverage this way. How much could it have damaged their numbers to run the ceremony up until 7am as originally planned? 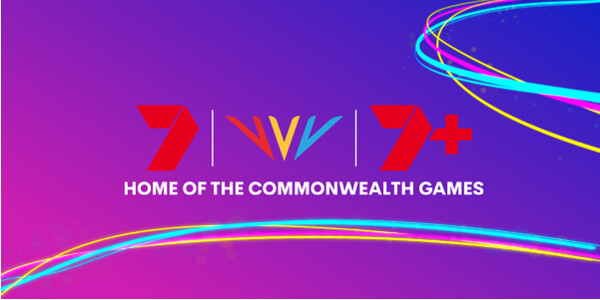 6.00pm Netball : Australia take on Gold Coast 2018 bronze medallists, the Sunshine Girls of Jamaica, in their final group match before the semi-finals. Super Netball grand final player of the match, Jhaniele Fowler, will captain the Jamaicans. In group B, New Zealand play reigning champions England, with the loser likely to have the tougher semi-final against Australia.

11.00pm Diving: The opening night of the diving will feature Emily Boyd, Nikita Hains and Emily Meaney in the 10m individual. Will she become the first Australian diver to win gold at three consecutive Games?
Tomorrow
3.00am Diving: Can Australian diver Shixin Li make it to the men’s 1m springboard final?

4.00am Athletics : Toowoomba native, Matt Denny, will go for gold in the men’s discus throw final, while Chris Mitrevski and Henry Frame will compete in the final of the men’s long jump.

5.30pm Lawn bowls: 2018 champions Rebecca Van Asch and Natasha van Eldik will be joined by Lynsey Clarke – who skipped Gold Coast as she had just given birth – in the women’s triples. Then, Gold Coast 2018 gold medallist, Jake Fehlberg, is looking to become the first para lawn bowls player to win back to back gold medals with new partner, Helen Boardman. Jake will be directed by Matthew Northcott, while Peter Doherty will guide Helen in the mixed B2/B3 pairs event.

11.30pm Gymnastics : Will Alexandra Kiroi-Bogatyreva, Ashari Gill and Lidiia Iakovleva make it through to the individual finals? The last time Australia won a medal in this even was Naazmi Johnston’s gold in 2010!

What’s with the unnecessary addition of Matt Hill in commentary for the Field events? Dave Culbert has always done a great job calling these events solo

Does Gelmi go to bed or something at 9:30? Gone MIA at least the last two nights after this time, with Hamish solo. A bit odd.

That’s a tad harsh, IMO. You really need two and Culbert at least has expertise in field, as a former long jumper plus many years calling. So essentially Hill takes the play by play this time. Steve Hooker unavailable this CG?

What’s with the unnecessary addition of Matt Hill in commentary for the Field events?

Getting the audience used to hearing his voice calling at track and field events. Expect to hear him calling track events sooner rather than later.

Let’s not assume Bruce won’t be around for years to come, he’s just signed on to 2024 and might include Paris Olympics (if they retain rights and God forbid any dramatic health turn).

That’s a tad harsh, IMO. You really need two and Culbert at least has expertise in field, as a former long jumper plus many years calling. So essentially Hill takes the play by play this time. Steve Hooker unavailable this CG?

Not harsh at all. Dave Culbert has always done a great job by himself and made it entertaining. Just saying it’s unnecessary to add another commentator for the sake of it.

Steve Hooker wasn’t part of Tokyo. Pretty sure he just did selected events at Gold Coast 2018.

Only thing she’s done on the coverage tbh, don’t see the point of having someone of her limited experience in the studio while someone who’s more experienced like Mel McLaughlin is overseas doing some cringe show/segments. The Gelmi/Hamish pairing isn’t a good one, mainly Hamish’s fault for having next to no enthusiasm or atmosphere for the events at all.

Considering it’s off peak I could understand if they put the whole thing on 7Mate then a daytime replay on Seven, but really it’s baffling how they won’t just cut Sunrise short for the week of the games to let coverage go through to 7am. Then again not too surprised network chiefs are paranoid that viewers may jump to Today at 5.30am if they’re not on air at exactly the same time.

Events such as the Games and Olympics are only purchased by networks in order to to boost their other year round offerings. In the times of multi channels and everything on 7+ I do no personally see an issue when they decide to protect and boost one of their staples, especially when it is unlikely many would tune in at that time for a closing ceremony.