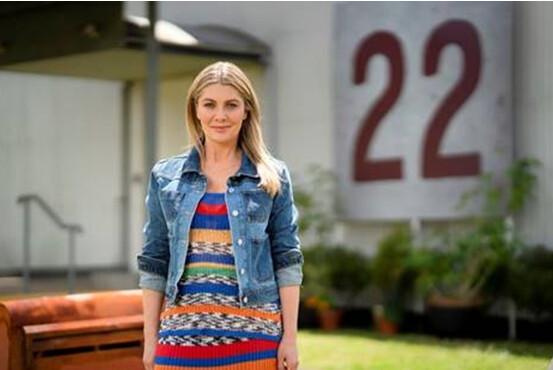 BBC Studios will produce its first locally created original format for the ABC in Australia. Space 22 , created and produced by BBC Studios’ Australian production arm, will explore the impact of art and creativity on mental health in a new six-part documentary series. The format will also be available to the international market under the title Art On The Brain .

Hosted by recording artist Natalie Bassingthwaighte , Space 22 follows seven strangers, each with their own lived experience of mental ill-health, as they take part in an ambitious experiment to test if the simple act of participating in art can help heal invisible wounds. The impact will be measured by Australia’s Black Dog Institute.

Joining them in a unique workspace are three well-known Australian artists Abdul Abdulla, Wendy Sharpe and Eddie Perfect who will share their skills and inspiration with the volunteers across different disciplines. Working with the Black Dog Institute, Professor Kathryn Boydell will be measuring the results. Supported by psychotherapist Noula Diamantopoulos , many in the group will be experiencing visual and performing arts for the first time. The hope is that by being creative, together, it will have a positive impact on their health and wellbeing.

Kylie Washington, General Manager and Creative Director, Production at BBC Studios ANZ said: “I’m excited to be bringing our first original format to life for the ABC. Each year one in five Australians experience mental illness but roughly 60 % do not seek help. Space 22 explores what happens to our brains, bodies and emotions when we make art and what science reveals about the impact of colours, textures and sensory experiences on our mental health. I hope this series will demonstrate the amazing therapeutic power of creativity and offer an open invitation for individuals to pick up a paintbrush, sharpen a pencil or break out the pottery wheel.”

ABC’s Head of Factual and Culture Jennifer Collins said: “ABC’s role is to provide programs that are relevant to the lives of Australians and there are few Australians who are untouched by the effects of mental ill health, whether that’s directly or indirectly. Space 22 , through art, gives a voice to those affected, sharing stories and connecting with others, and in turn encouraging conversation. This series promises to be honest, thought provoking and uplifting.”