Fast-tracked from the US and dropping exclusively on SBS On Demand from Friday 3 June is the third season of the fan-favourite space adventure series The Orville, titled The Orville: New Horizons. 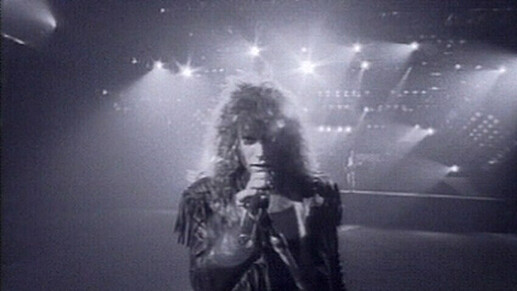 The documentary celebrates the era when memorable music was matched in brilliance by the creative film making that projected it around the world. 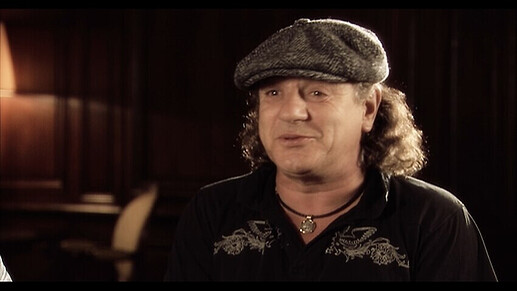 Angus Young and Brian Johnson recall the inspiration behind AC/DC’s most hard-hitting music videos, including ‘Thunderstruck’ and ‘You Shook Me All Night Long’.

The legendary rock stars discuss the creation and impact of those videos which everyone remembers. 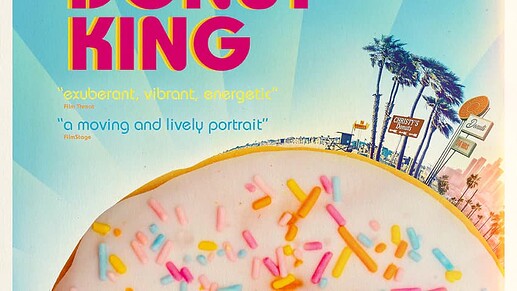 Ted Ngoy’s journey is one of fate, love, survival, hard knocks, and redemption. It’s the untold story of a refugee escaping Cambodia in 1975, arriving in America and building an unlikely multi-million-dollar empire baking America’s favourite pastry - the donut.

Ted sponsored hundreds of refugee’s visas and helped them get on their feet by teaching them the ways of the donut business. A savvy businessman who brought hope to his community, by 1979 he was living the American Dream.

But gambling for a great rise can come with great falls. The Donut King is the captivating rags-to-riches-to-rags story about survival, and a man with an unparalleled vision determined to build a new life. 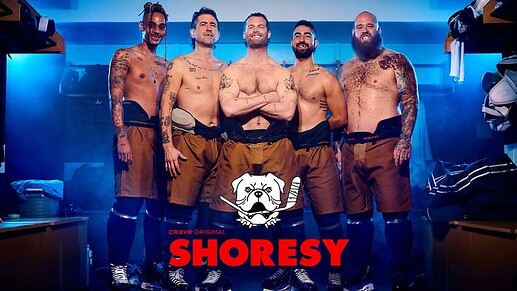 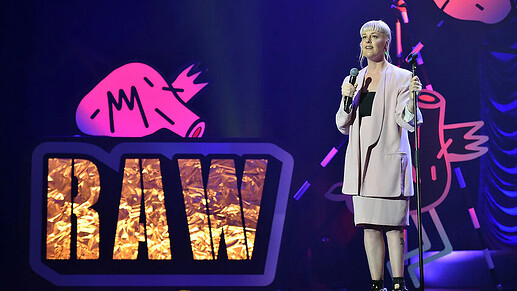 Every year, funny folk from across Australia try their hand at RAW Comedy, the country’s largest and most prestigious open mic comedy competition.So, who will get the last laugh? With hundreds of entrants smashing through heats and finals across the country, these twelve cracking contestants are the last comics standing. 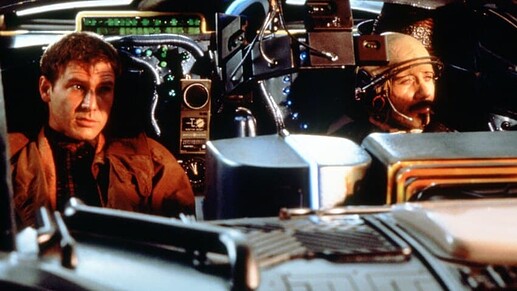 When director Ridley Scott’s Blade Runner was released 40 years ago, it initially polarised critics: some were displeased with the pacing, while others enjoyed its thematic complexity. The film performed poorly in North American theatres but has since become one of the quintessential cult films. Blade Runner is now regarded as one of the best science fiction films ever made.

In the near future, the police department forces former blade runner Rick Deckard (Harrison Ford) out of retirement to hunt four genetically engineered humans, known as Replicants, who have escaped from the off-world colonies and returned to Earth. Designed to do difficult, hazardous work, the replicants are stronger, faster and smarter than biological humans. They feel no pain or remorse; they are almost indistinguishable from other humans - and they are killing people. Now Deckard must stop them before they kill again.

This new four-part series looks at the breathtaking rise of right-wing talk radio in the USA. From the deregulation battles of the 1980s, to the ascent of Rush Limbaugh, Glenn Beck, Sean Hannity, other conservative shock jocks - and their digital heirs.

Radio Hate tells the story of how Conservative Talk Radio took over the Republican party itself and reveals how dominant media conglomerates lined their pockets as the party of Lincoln devolved into a party of hate-fuelled conspiracies. 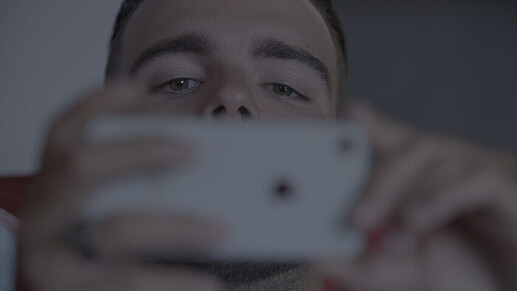 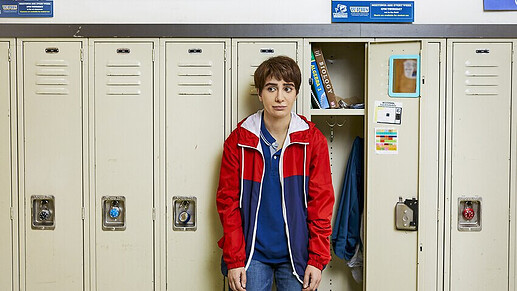 Chad deals with a scandal that quickly ends his presidency, has a surprising new love interest and gets a visit from his tough as nails Iranian grandmother, all while continuing to worry about his popularity and discovering new ways to relate to his Persian cultural roots. Chad’s epic path to teenage self realization is not always a straight line, but the support from his family and best friend Peter (Jake Ryan) keeps him on track, giving him the confidence to help him become who he has always wanted to be the most American boy in the history of the world. 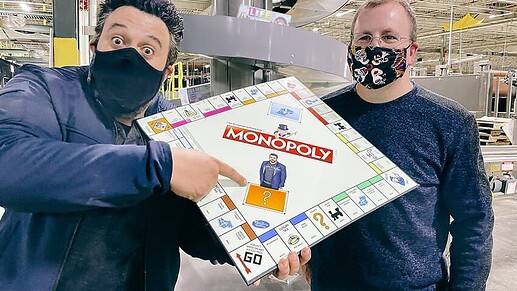 In Modern Marvels, host Adam Richman is not playing around. He’s working hard to find out how some toys transform from mere playthings into valuable collectibles, nostalgic beacons of our childhood and thus classics.

Along the way, Adam visits Stern to see how their pinball machines have outlasted the competition and even the law! He also drops by the legendary factory where one of the most popular board games of all time is made: Monopoly. Adam finds out how Masters of the Universe action figures are making a comeback in a big way. And how does Hasbro get that amazing smell into its can of Play-Doh?

I noticed SBS Viceland are still showing South Park, however only at graveyard slots at 12:55pm. The current episodes that are showing are ones from Season 8.

Anyway, what seasons does SBS Viceland show of South Park? If I am correct, SBS shows Season 1, 8 and 14 with 10 showing the others, please correct me if I’m wrong. 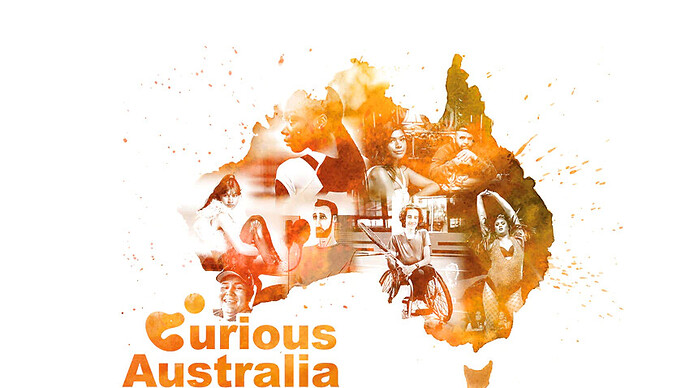 SBS is proud to present Curious Australia, a strand of seven half-hour documentaries that innovatively explore issues relevant to contemporary Australia, set to premiere on SBS VICELAND and NITV from 4 August.

From stories exploring what it’s like being young, disabled and sexual, to the inspiring story of an Aboriginal and Torres Strait Islander woman, who is an aspiring screenwriter working in a coal mine,

Airing every Thursday evening from August 4, Curious Australia supports screen practitioners from under-represented backgrounds in the sector to amplify their authentic, enlightening and powerful stories on Australian screens. The seven documentaries selected in the first year of the initiative have been commissioned in partnership with Screen Australia, and state and territory agencies Screen NSW, Screen Queensland, Screen Tasmania, Screen Territory, Screenwest. the South Australian Film Corporation and VicScreen.

Episode 1 – We Are Sexual Beings (VicScreen)

We Are Sexual Beings explores what being young, disabled and sexual in modern Australia is all about. Over the course of a 24-hour period three adventurous young Australians with disabilities will pull back the covers on their intimate lives; Oli, an aspiring tennis champ and motivational speaker full of swagger and bravado; Maya, an earnest sweetheart on a quest for her first taste of true romance; and Christina, a wild-child motorhead from rural South Australia, who, in her own words, “is done with her ho phase and is all about self- satisfaction”— three remarkably different human beings who all happen to share two things in common: life altering spinal injuries and healthy sexual appetites…

It’s easy to feel alone in the Australian music industry, but for First Nations’ musicians, the isolation can be overwhelming, especially when racism and exploitation are thrown into the mix. And despite the fact that Black song has played such a transformative role in Australia’s history – from Archie Roach’s Took the Children Away to Thelma Plum’s Homecoming Queen – it’s still seen by music execs as just another marketable asset. But what if it could be different? What if there was hope for something better?

Ballroom culture originated within 1960’s - 1970’s New York founded by Black and Latinx trans women after the continuous discrimination from the LGBTQIA+ community. It’s a global movement, lifestyle and a cutthroat competition where competitors known as walkers compete in various categories for the grand prize. The Alexander Ball is Australia’s first look into the hypnotising world of Ballroom through an observational documentary extravaganza, following the exhilarating journey of Samoan-Australian trans woman of colour, Ella Ganza, as she and her ballroom family prepare for one of the biggest events of the year: The Alexander Ball.

Sistas in Mining is a documentary that follows the inspiring story of Shontell Leah Ketchell, an Aboriginal and Torres Strait Islander woman, who is an aspiring screenwriter who works as a production operator on a coal mine in Central Queensland.

Australian Olympic athlete and refugee, Bendere Oboya, searches for identity as she switches events from the 400m to the 800m in pursuit of becoming the world’s best. After starting athletics as an escape, the Ethiopian-born 21-year-old is determined to show that no matter your beginnings, anything is possible.

Un-Locked follows two young people trying to fit into society. Through various experiences, each character’s innocence is quickly dissolved into a tainted and violent city. This is a fully animated documentary, allowing the interviewees to remain anonymous, and deliver raw recollections of their experiences, of being locked up, one in juvenile detention and the other in a mental health facility.

Episode 7 – Whatever Scares You (VicScreen)

Whatever Scares You is a rite of passage film that documents Breanna Deleo in her first year of work. Breanna is attempting to work as a professional artist – a challenging profession for anyone. And Breanna has begun to identify as neurodivergent. Her parents are her greatest allies and advocates. They want to protect Breanna but sometimes to find our way in the world, we need to go it alone. 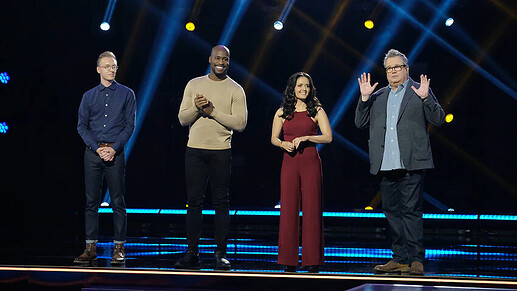 Domino Masters brings imagination and creativity to life when teams of domino enthusiasts compete to create mind-blowing masterpieces; the top teams face off for a cash prize of $100,000, the ultimate trophy and the grand title of Domino Masters. Hosted by Eric Stonestreet.

The first season of Domino Masters debuted on Fox in the US in March this year and attracted moderate ratings across 10 episodes. 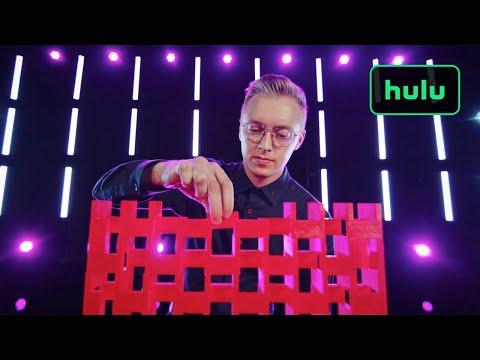 I caught the tail end of the first season on Fox, it’s a good watch.

SBS Viceland is showing the first season which debuted in Australia on Stan in 2019. The second and final season is available on Stan.

The Public Image Is Rotten 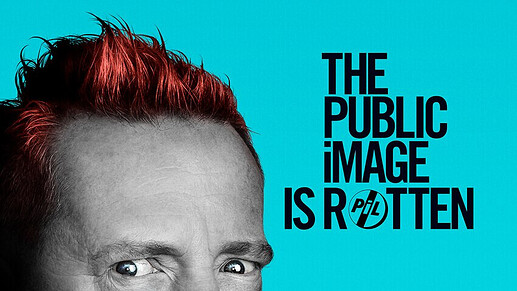 Johnny Rotten (John Lydon) forever changed music and culture in general. But once wasn’t enough. After the breakup of the Sex Pistols, John formed Public Image Ltd. (PiL), where he and the band continue to make exceptional records and tour the world. Through personnel and stylistic changes as well as adhering to radical ideals of artistic integrity, John has not only redefined music but the true meaning of originality.

With John’s trademark wit and unpredictable candor, The Public Image is Rotten tells the complete story of PiL and offers a never before seen look at one of music’s most influential and controversial careers. 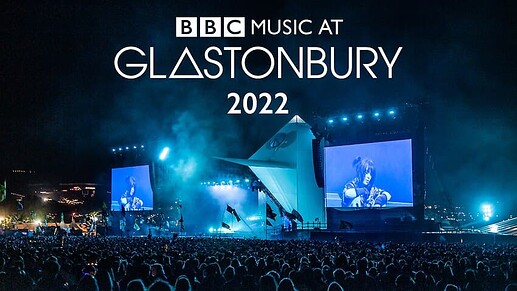 After being cancelled for two years in a row, this year saw the return of the highly anticipated Glastonbury Festival, where the likes of Paul McCartney, Billie Eilish, Kendrick Lamar, Diana Ross, Pet Shop Boys, Sam Fender, Olivia Rodrigo, Crowded House, Charlie XCX, Little Simz and many more all took to the stage in a memorable return to Worthy Farm. 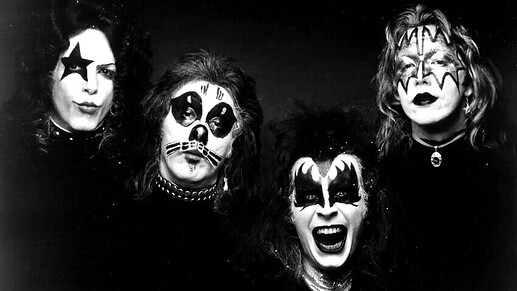 The definitive documentary on the most recognisable band in the world, KISS. This two-part series chronicles the band’s five decades in the business as founders Paul Stanley and Gene Simmons reflect on their historic career. Along with guests Dave Grohl and Tom Morello, Paul and Gene discuss the wild journey to global stardom, to rock bottom, to rock legends.

I think Glastonbury Festival has been shown in Australia before, but only on pay TV.

Upcoming comedy drama looks at the intricacies of sex and disability.