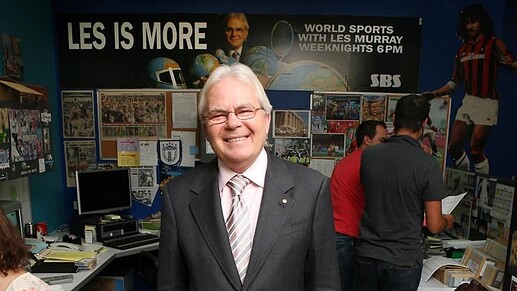 Nominations are now open for the second Les Murray Award for Refugee Recognition presented by SBS and Australia for UNHCR.

The award is named after beloved sports broadcaster Les Murray AM who hosted The World Game on SBS and was himself a young refugee who arrived in Australia in 1956 from Hungary.

“This award celebrates a person who has overcome significant hardship and gone on to make a contribution to our country through the arts, sports or media,” said Australia for UNHCR’s CEO Trudi Mitchell.

“This is a difficult award to judge – there are so many former refugees who are doing wonderful work in our community,” she said.

Managing Director of SBS, James Taylor said the award will recognise outstanding former refugees who have advocated for displaced peoples through arts, sport or media.

“Les Murray’s legacy remains so close to our hearts at SBS and we’re incredibly pleased to present this very special award in his memory,” he said.

“Les came from Hungary as a young refugee and become an Australian football icon – for many people in the migrant community he showed it was possible to be welcomed and celebrated.

“We know there are people in the community, quietly doing good, and we want to recognise their efforts in supporting refugees and contributing to the vibrancy of multicultural Australia.”

In 2022, the inaugural award was presented to former Yugoslav refugee Danijel Malbasa who lived in camps for Internally Displaced People since age six and arrived in Australia at age 12. Now an industrial relations lawyer Danijel donates his time and expertise to work with refugees.

Danijel was selected from eight outstanding former refugees all with their own inspiring stories of survival and success in bringing awareness to the plight of refugees and forcibly displaced people.

The Award recipient will receive $10,000, donated by SBS, to encourage positive awareness for refugees.

Submissions must include a brief biography, examples of work, details on the nominee’s community work and two references. 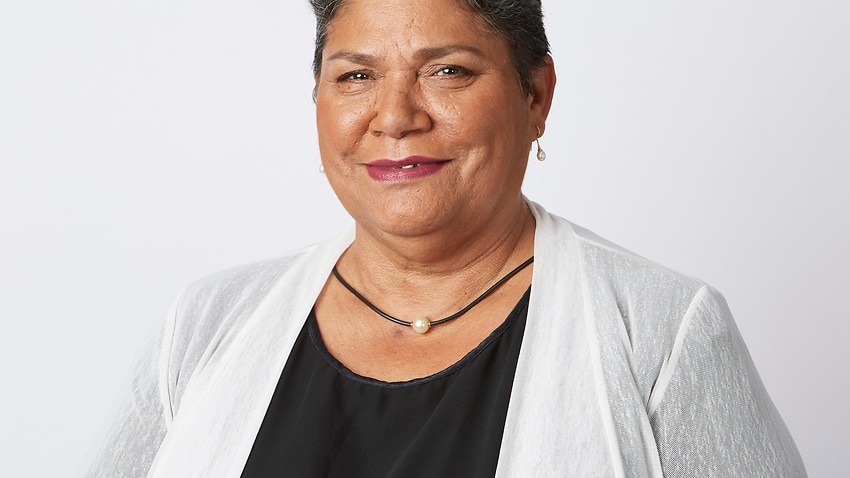 Delivered on the lands of the Anangu of the Mutitjulu Community, Sails in the Desert, Yulara, Uluru Kata-Tjuta, Northern Territory

SBS appoints Commissioning Editor of Factual within its Unscripted team 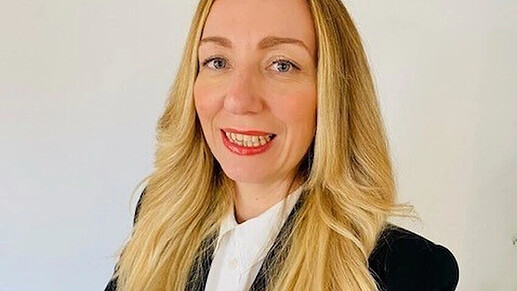 Arwel-Lewis will work across original factual commissioning for SBS, bringing more than 20 years of experience to the role, having worked on a diverse range of projects for major networks in Australia including SBS, ABC and Seven, and in the United Kingdom with Channel 4 and the BBC. Her career has included a number of senior production roles working with leading production companies, across a host of award-winning documentary series and factual formats.

As Commissioning Editor of Factual, she’ll commission and oversee delivery of innovative, engaging, entertaining and distinctive content for SBS, exploring the diversity of contemporary, multicultural Australia. As a member of SBS’s Unscripted team, she’ll contribute to SBS’s reputation for compelling and impactful factual series, as SBS prepares to deliver its biggest ever locally commissioned original program offering across the network in 2023.

Arwel-Lewis comes to SBS most recently from Southern Pictures where she was Series Producer on the AACTA Award winning documentary series, Miriam Margolyes: Australia Unmasked (ABC). Among the other award-winning projects she has series produced are Old People’s Home for 4 Year Olds (Endemol Shine for the ABC) which collected the AACTA Award for Best Documentary or Factual Program in 2021 and was also the GRAND Award winner at New York Festivals, and Murder in the Outback: The Falconio and Lees Mystery (Cordell Jigsaw for Seven and Channel 4) which also picked up the AACTA Award for Best Documentary or Factual Program in 2020. She was also Series Producer for SBS’s Look Me in the Eye, and prior to coming to Australia, worked with the Welsh language broadcaster S4C – a language she speaks – where roles included Series Producer on Welsh language documentary series Iolo ac Indiaid America (Iolo’s Native American Journey).

Joseph Maxwell, Head of SBS Unscripted, said: “We’re so thrilled to have Bethan joining the team, bringing her extensive experience, creativity and natural flair for authentic storytelling to our unscripted offering at SBS. Having worked across such a diverse collection of distinctive and award-winning series, both here in Australia and in the UK, Bethan’s got a track record of stories that connect with audiences and, coupled with her passion for the work we do at SBS, will be a great asset as we continue to explore new ways to surprise and delight Australians through our original factual programming.”

Arwel-Lewis added: “SBS is renowned for its distinctive documentaries and factual series which have shown to have the power to provoke meaningful debate and trigger change, something I am very passionate about. It’s a privilege to be able to play a role in sharing these important stories with Australians, and I’m looking forward to working with this respected team as we engage audiences with programs that challenge, explore and celebrate contemporary Australia.”

She commences with SBS on 16 January. 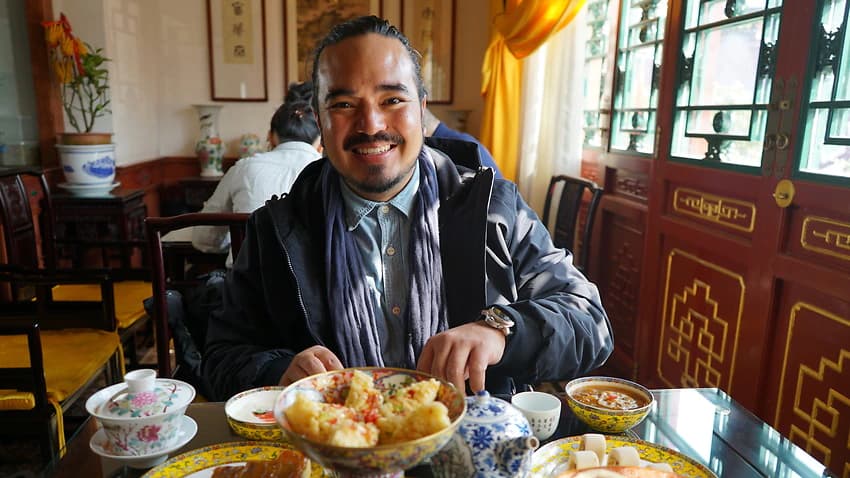 SBS is ringing in the Lunar New Year with a distinctive line-up of programming across the SBS Network from 16 January to 5 February to celebrate diverse cultures, traditions and food, and encourage all Australians to be part of this special time of year observed by over 1.5 billion people around the world. Welcoming the Year of the Rabbit and Cat, content will be available in more than nine languages including Cantonese, English, Filipino, Indonesian, Japanese, Korean, Mandarin, Nepali and Vietnamese to showcase the breadth and diversity of celebrations.

“SBS is delighted to celebrate Lunar New Year across our expansive network and highlight the richness of cultures, languages and traditions that makes up contemporary Australia. It’s a very significant celebration and SBS is proud to invite all Australians to take part,” said SBS Managing Director, James Taylor.

Highlights of SBS’s curated Lunar New Year content will include:

SBS Radio’s cross-platform audio offerings in-language across broadcast radio, digital and podcasting will feature cultural explainers, such as understanding the difference between the Year of the Rabbit and Cat (link); learning the Korean Sabae bow (link); intimate storytelling about traditions and folklore, such as the symbolism of the yellow blooms for Vietnamese-Australians (link);the art of feng shui (link); talkback radio and interviews with experts; food podcasts; and fun competitions and give-aways.

Music station SBS PopAsia will run Lunar New Year playlists for Mandopop, V-Pop, Cantopop and K-Pop on Sunday 22 January (at 10am, 12pm, 3pm and 8pm respectively) and other times through the week, while SBS Radio 1 will treat listeners to an early-morning C-pop session from 21 January to 5 February from 6am to 7am.

SBS On Demand will offer an expanded collection of movies and TV shows covering Asian drama, comedy and action with subtitles available in English. This includes the Ip Man seriesstarring Hong Kong actor and martial artist Donnie Yen; the Australian premiere of Korean comedy drama series Cleaning Up season 1; Wheel of Fortune and Fantasy by director Ryusuke Hamaguchi of Drive My Car; and the classic Japanese horror movie JU-ON (The Grudge). SBS World Movies will offer a season of Jackie Chan cult classics including Drunken Master and Kung Fu Yoga; as well as recent releases like The Fortress inKorean, directed by Hwang Dong-hyuk, the creator of the Netflix series Squid Game.

SBS main channel will feature the documentary The Great Wall of China: The Hidden Story, showing how the Great Wall was constructed and why it was built in the 16th century, while SBS VICELAND will run a diverse Lunar New Year line-up of drama series, movies and documentaries on Sunday 22 January, starting with The Family Law season 3 and ending with Detective Chinatown season 1.

SBS Learn has launched teacher resources helping primary and secondary school students to celebrate the Year of the Rabbit and Cat. These include curriculum-aligned activities, downloadable worksheets, and a fantastic art activity by illustrator, author and educator Freda Chiu, and illustrator and muralist Christina Huynh. SBS Learn is also running a summer book competition for teachers to win Lunar New Year-inspired books for their classrooms. Entries close 22 January. Visit sbs.com.au/learn

Everyone can get involved in the celebrations with SBS, including out in the community with SBS’s Guide for 2023 Lunar New Year Celebrations across Australia (English, Cantonese) and discovering which classic Lunar New Year dish you should try using SBS’s fun Instagram filter.

For all our distinctive Lunar New Year content see here.