RuPaul's Drag Race Down Under

You’ve got to be joking. You don’t think it’s because you live in a different world to other people? Drag Race is a niche program. As others have mentioned, it appeals to a certain community.

Calm down of course it was a joke. All reality shows are niche. Doesn’t mean they aren’t successful or one of the most popular/successful reality formats in the world.

Calm down of course it was a joke.

I have looked at opinion based metrics to world wide ratings and amounts of franchises. Along with how much talent has come with the show it’s fair to say it’s one of the most successful reality concepts in the world.

Ok so basically it’s just your opinion then.

You don’t often see survivor contestants selling out theatres after they have gone on the show.

That’s not the point of Survivor. Stupid comment. Yes a reality show that has ENTERTAINERS on it have audiences come to their shows. Who knew?

Drag Race is a niche program. As others have mentioned, it appeals to a certain community.

100%. It’s popular within the gay community but to say that it’s top 3 reality franchises of all time is a complete stretch. A lot of my friends watch it but I could put money on it that if I asked the majority of people that I know that aren’t gay, they would never have seen or even really heard of it.

Ok so basically it’s just your opinion then.

No not my opinion. There are articles that have shows based on opinions.

You need to look outside the box of just ratings and mainstream to value success. As i said the talent it has produced and the art it has showcased is huge. This is one article that might explain it better

There Has Never Been a Show Like ‘RuPaul’s Drag Race’

The biggest stars to come out of the series reflect on how it’s impacted an entire art form, and created unprecedented opportunity.

When I googled “top reality franchise”, Drag race comes up third lol there’s an esquire article which has it fourth.

Incidentally, a couple of cis-straight-white colleagues are the biggest fans.

It is possible (and completely ok) if you are not a fan but it is also a fan favourite of all the shows right now.

And being popular with a “certain type of demographic” also does not make it any less of a popular show. It’s certainly more popular than Yasmin’s getting married. Lmao

But by phrasing it like that, it does come across that it’s somehow lesser because it’s only popular with women and gays. And there’s an implication that that their viewing habits aren’t as important because they are not important. But I am sure that’s all with us missing the nuance of context and tone etc.

Ru Paul’s Drag Race is one of the most successful and popular reality shows worldwide with broad appeal and an audience of all ages.

First episode was a little …

Will see how the season plays out.

Did you enjoy it more than the first season?

Hmm a little early lol. There are some good characters in the cast. Let’s see how it plays out.

Yeah I’m not sure how I feel about the first episode either. I do feel like it’s going to be a bit of a bitch fest this season.

Surely it can’t survive for a third season.

They need to give it the big kickass production we are used to, or don’t do it at all.

If the queens keep watching it’ll continue, but producing it in NZ, is clearly an issue.

Not sure why they don’t just fly everyone over to the US, given the crews and infrastructure is all there.

I get the support of the local industry etc but it’s clearly affecting the quality of the product.

Given they managed to get Ru on board as host, I’d be embarrassed to put my face or name to that.

So many problems with this season. Production looks cheap, audio issues, the interviews with the queens looks terribly produced, lighting etc

Then there’s the $50k prize money lol. Heck, P+ are giving away $250k on The Bridge and the viewership will be much less I’m guessing.

That would never happen as work visas for the US would be a major issue. 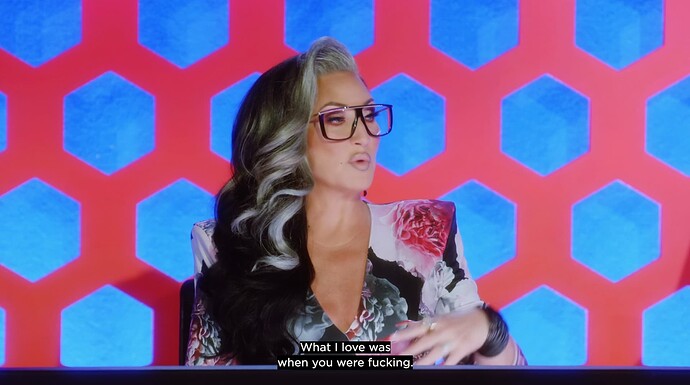