These contact details were posted on his Digi Spells media Facebook page back in March this year, I believe he did stop operating for a while due to finance issues, but I’m pretty sure he got back on his feet & is operating again?

Franksters name is Frank Luston, maybe search for his name as contact details.

The email I posted is the only one I know of, he has a phone number posted on the Digital Spells Media Facebook page 0401 519 958, but then I don’t know if that’s still accurate either given the email address doesn’t work?

If you’re on Facebook, definitely search for him by name & contact him through his personal page, he definitely posts on there, last post was 5 days ago, about him putting up audio & video about John Torv on the Frankster Archives site.

Tried looking under digi spells facebook, Frankster’s archive facebook, and Frank Luston and this is the only profile that shows up, just an empty facebook account. Phone number is disconnected. Hope he is okay, this isn’t boding well.

Searching on frank luston’s contact info outside of facebook gave some blank directory listings, and the general search for contacting digi spells media just keeps leading back to the blog noted above. This was as close a match that google would give me.

Frankster here, and many thanks for the kind words and posts re my website and the airchecks etc - it’s very much appreciated!

A friend got in touch and alerted me to here and it seems a few of you have been trying to get in touch. So here’s the deal.

Digi Spells Media is unfortunately no longer trading. There were some financial constraints which weren’t getting better, and it resulted in me having to pull the pin. So any contact information you have on me gleaned via various pages is invalid these days.

The reason why I wasn’t coming up in searches is because my last name is actually Iuston - with an I - so any searches related to Luston won’t show, although it’d be fun to actually have a name in which the first few letters spell Lust! haha!

Despite the financials, the website and transfers are continuing on, and shortly I have a new library of airchecks going up that were dubbed earlier this year from the same source as the 2AY’s, the 2DAY’s and the other airchecks. I’m gonna be winding up the Ken Sparkes reels over the next couple of months, and then from there the new set of airchecks will be up.

If you’d like to stay in touch feel free, hit me up at my personal facebook page of Redirecting... , and for emails, I can be reached at soundz29@optusnet.com.au

Thanks HEAPS for the tremendous support you guys, I really appreciate it!

Great work on the archives Frankster!

Excellent to have you on here, @Frankster . I thought your last name was Iuston!

Looking forward to that next set of airchecks as I am not as interested in the showreels/promos etc., but I’m sure they generate a lot of interest too.

If you’d like to stay in touch feel free, hit me up at my personal facebook page of Redirecting…

Welcome to the forums, funnily enough I didn’t have any problems finding you’re personal Facebook page (before you posted), using a small L, small L’s & capital I’s look the same in some typing & facebook obviously can’t tell the difference.
Was going to be my next suggestion to @anonymousbroadcaster
I thought you’re name started with an I, but when I found the facebook page using a small L I assumed it actually started with an L & just looked like an I when I’d seen it written before, I apologise for that.

THanks all for the help in trying to track down Frank, sometimes I feel like the clumsy detective from a 1940s B Grade Movie, but we all got there in the end. So good to have you here Frank. I’ve just emailed you with a proposal, and hope that you may have a copy of the 1991 Ken Sparks 2SM yearly call outs, they were the best year IDs I’ve ever heard.

Likewise, it’s great to be here finally - got the email, and have responded. Still have that tape!

No worries RF, it’s all good! You should see the other variations I get!

Thanks dx! Ah we get around a bit…haha…

They’ll be up before you know it 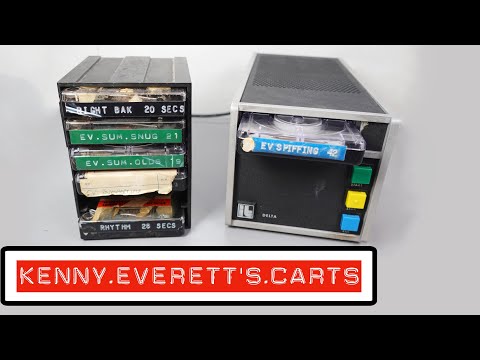 Known in Australia for his television shows. The ABC used to run an hour bloc of comedy leading into ABC News in the early '80s. Everett’s show would run before The Goodies. My mother used to lose her mind when she caught me watching “that rubbish” when I was nine or ten years old. Seven ran repeats in the late '80s and I got a better appreciation for him then. Used to piss myself laughing at his stuff. I was heavily into British comedy at that time- The Young Ones, Blackadder.

And had a very minor hit with this: 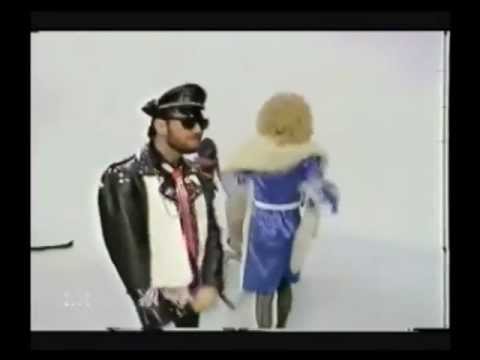 Whilst the above reached only #91 on the Australian singles chart, it reached as high as #9 in the UK singles chart.

Yep- a much bigger hit in his native UK. I only know about it through the Top 100 singles site, which I’m assuming you might have used as the source

Though @anonymousbroadcaster played it on one of his shows…I nearly fell out of my chair. 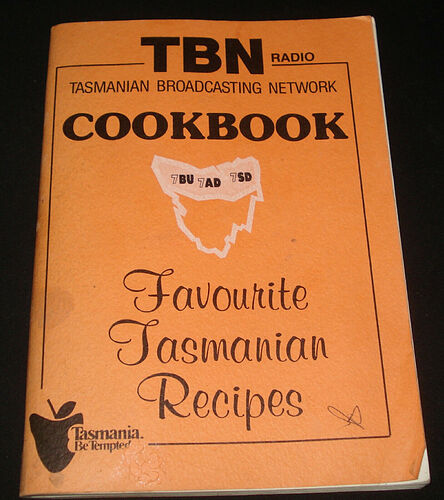 bruh
no wonder why the three stations seems to be closely integrated even in current times… (even if they’re now part of the larger Grant Broadcasters/ARN Regional, sisters of LAFM and 7XS too, not sure who owned these stations before then). I’ll rather call this network in current days as “ARN Regional Tasmania North”, #myfriend…

Theres bound to be a recipe for disaster in that book.

Radio is good at that kind of thing, particularly in this day and age.

on the other hand how tf the TBN network ended up swallowed by Grant/ARN, @myfriend? (and as well as many of regional guys in 2018)

Actually, the Northern Tasmanian stations were first acquired by RG Capital in the late 90s before merging with DMG Regional to form Macquarie Regional Radioworks (MRR) in 2004. Then in 2007, after MRR merged with Southern Cross Broadcasting to form Macquarie Southern Cross Media (MSCM), they then sold the Northern Tasmanian stations to Grant Broadcasters under the Media Diversity rules, in which a regional commercial radio licence area requires a minimum of 4 media voices. This is because MSCM (now SCA) already owns a TV licence there, and that the only other media companies in those licence areas are WIN & Fairfax (now ACM) for its daily newspapers.