It changed the way we watched footy forever. Nine turned Friday Night Football into an event and broadcasted 2 Sunday games while Ten had Saturday arvo and Saturday night footy plus every match of the finals and the GF.

Foxtel’s Fox Footy channel had 3 live games a week plus replays of every match.

Are you sure about the date? I believe that the announcement was made just before Christmas in 2000.

Looks like the date was actually 25 January, not the 24th.

Ten had Saturday arvo and Saturday night footy plus every match of the finals and the GF.

I think even Eddie had a public whinge about that, that Nine had somehow allowed Ten to get away with having the main event every year, though IIRC it was a sweetener for Ten taking one for the team, as it were, and committing to prime time Saturday AFL in the NRL states.

Ten paid a heavy price for winning the finals; it has committed for five years to prime-time Saturday night games in the tough Sydney and Brisbane markets. Nine, on the other hand, has sold national Friday Night Football packages on the basis of its AFL and NRL commitments in the respective football markets. The Sydney experiment this year has certainly failed in prime time; Ten’s telecasts often fail to register a five and never reach double figures.

However, Nine chiefs privately agree that had Kerry Packer played a bigger part in the negotiations, he would never have dealt away all of the finals.

Are you sure about the date? I believe that the announcement was made just before Christmas in 2000.

Well, this is how it went If I recall correctly:

In December 2000, the AFL recieved two bids, one from Channel Seven and One from News Corp, Nine and Ten. I am not sure about how much Seven bid, but Nine, Ten and News Corp’s combined bid was $100 million for five years, 2002-2006.

If Seven matched the bid, they would have their rights extended from 2002-2006. However, they only paid $40 million a year compared to the $100 million a year the other three paid. Seven decided not to match the offer and the rights were given to Ten, Nine and News Corp.

Seven later got rights for 2007-2011 with Ten/Fox, and 2012-present with Foxtel. In 2005, Nine and Foxtel ditched Ten for a bid of $156 million a year. So Ten went to Seven and asked to bid with Seven, in which they accepted as they were failing since they lost rights.

Seven and Ten were given permission to match the deal with their first and last rights agreement. Kerry Packer died in December 2005, and Seven/Ten waited a few days after, then matched the bid.

Unlike 2002-2006, Ten didn’t have finals exclusively, and the 2008/2010 grand finals were on Seven. For Ten everything was mostly the same with the Saturday arvo/evening game continuing and Seven getting the Nine games. They also shared the Brownlow medal with 10 getting the even years and Seven getting odd.

There was talk of giving four games to SBS or C31 (highly unlikely the latter would’ve got it) but Foxtel bought four games off Seven.

I think even Eddie had a public whinge about that, that Nine had somehow allowed Ten to get away with having the main event every year, though IIRC it was a sweetener for Ten taking one for the team, as it were, and committing to prime time Saturday AFL in the NRL states.

I think Kerry Packer was also shocked, and tried to buy the grand finals off Ten as well as Big Brother, but they refused.

Didn’t want to call Collingwood matches with him.

It was advertised as being very city-centric news

In the promo’s, they stated they would put the focus on the state (example - foucs on South Australia, while being produced from Melbourne) 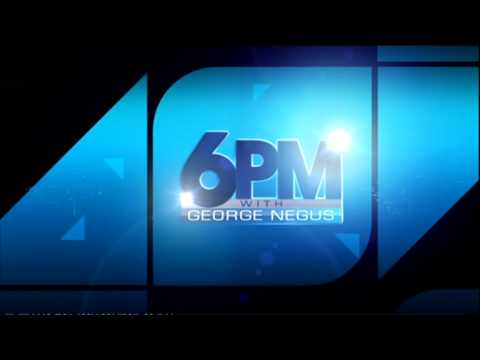 Plus, it just had such a CBS/American vibe to it: 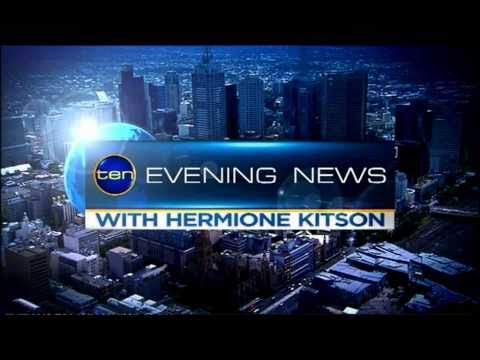 25/1/2010 Sunrise relaunches its graphics and receives a brand new set, moving away from the moving news ticker in favour of a flipping one. The show also gets somewhat of a re-format, with correspondents/reporters for each market.

This was a great day and such a well put together relaunch. That set actually won international set design of the year.

I also found it interesting that Simon Reeve was the Sydney Correspondent. How did that work given he lived in QLD?

foucs on South Australia, while being produced from Melbourne)

Didn’t Adelaide’s News move back to SA with this relaunch?

The promo’s came out while the news was being produced in Melbourne.

The promo’s came out while the news was being produced in Melbourne.

But studio presentation moved back to Adelaide at this time.

Simon Reeve was the Sydney Correspondent. How did that work given he lived in QLD?

Maybe he was still living in Sydney at the time of his appointment (also take into account he was hosting It’s Academic at the time), and then moved to Queensland when Million Dollar Minute was axed, commuting to Sydney each weekend for Weekend Sunrise before he left Seven in mid-2020.

Others have had the same arrangement over the years:

2 posts were merged into an existing topic: Historic News Events

30 January 2006 Nine refreshed its brand ahead of the 2006 television season and the 50th anniversary of Australian TV. Gone were the dots replaced with the numeral 9 in a blue box as well as the “Seven Colours for Seven Day” being replaced with the warehouse look.

National Nine News, Today, Wide World of Sports, Sunday and A Current Affair all had makeovers too. Jessica Rowe also commenced co-hosting with Karl Stefanovic on Today but lasted until May 2007.

The 2006 refresh was a terrible out come across the network, with the balls returning a year later.

That came at a crucial time in TV history as Nine was starting to be seriously challenged by Seven in the ratings war.

If I remember correctly, this relaunch proved quite polarising and just less than two years later the dots returned to the Nine logo full-time (after it was slowly reintroduced in some way in 2007).

what is the “cowbell” theme?

To this day it’s still used by WIN News and of the five metro markets for Nine, it lasted the longest at QTQ, which stopped using it in 2012 (though between 2008-11 they used the standard ending theme you now hear across all bulletins).