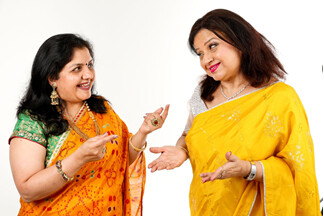 BBC Studios’ Australian production arm is to produce The Matchmakers for SBS. In today’s world of dating apps and social media, the locally created observational documentary series takes a look at matchmakers, who for many cultures are the preferred way to find the right partner. The Matchmakers dives into the unique and private world of old traditions, religion, family values and culture through matchmaking. It’s a universal quest of love and marriage in contemporary Australia. Is there such a thing as love at first sight? What does “happily ever after” mean? And what’s love got to do with it?

The series follows three matchmakers from Jewish, Muslim and Hindu cultures as they help singles navigate the dating process to find a forever partner. From first dates, awkward family meets and sensitive negotiations between all parties to the final resolution – a rejection or a wedding. The journey offers a front row seat into the negotiations critical in bringing two families together.

Kylie Washington, General Manager and Creative Director, Production, BBC Studios Australia and New Zealand, said: “This is the second original series from the team and is a heart-warming yet confronting show that re-writes the book of love. With individual choice and preference heavily embedded in the process, the series explores family expectations and life ambitions against a backdrop of cultural expectations. With high rates of marriage failure in Australia, this series asks can more be learned from an approach that refuses to leave love to chance alone?”

The Matchmakers will air on SBS in 2023. SBS Head of Documentaries, Joseph Maxwell said: “The world of matchmaking is intriguing and entertaining and delivers unexpected stories about love. It’s also a brilliant window into modern multicultural marriage and families around Australia.”

The Matchmakers is a BBC Studios Australia and New Zealand production for SBS. Executive Producer is Anita Jorgensen, Producer is Erica Foley. BBC Studios will be distributing the series internationally.

The Matchmakers is the latest in a growing line-up of shows from BBC Studios’ Australian production arm. Last week it was announced they would make an Australian version of the hit UK gameshow The 1% Club for the Seven Network, hosted by comedian Jim Jefferies. Production is also underway on another series of The Great Australian Bake Off for Foxtel, based on a format from Love Productions and featuring a new line-up of hosts and judges, as well as another series of Mastermind for SBS. Shows screened so far this year include previous series of the AACTA nominated The Great Australian Bake Off and Mastermind, Space 22 on ABC and Dancing With The Stars: All Stars, co-produced with Warner Bros International Television Australia, for the Seven Network.