Foxtel today announced that its new channel BBC Earth will launch for the first time in Australia on Foxtel on Thursday October 10.

Foxtel customers can explore new worlds and escape with BBC Earth in a new High Definition channel connecting viewers with the incredible natural world around them exploring wild landscapes, remote locations, and getting up close and personal with all creatures great and small.

Foxtel CEO, Patrick Delany said: “The October debut of BBC Earth on Foxtel will form part of a larger announcement at the launch event of Foxtel Media, the media sales company formerly known as Multi Channel Network (MCN), in Sydney, where we will unveil a wholesale repositioning and renewal of Foxtel’s entertainment and Lifestyle channels.

“With BBC Earth, Foxtel viewers will have access to the best of the BBC’s world-class documentaries made using the latest technology to record and share the extraordinary world around us. The dedicated BBC Earth channel and the dramatically expanded on demand catalogue of BBC natural history shows are a great proof point that Foxtel provides the best of TV and on demand all in one place.

“BBC Earth is one element of Foxtel’s long-term relationship with BBC Studios, which cements our position as the go to destination for premium British drama, entertainment, documentaries, natural history, children’s programming and news.”

Many popular series from BBC Knowledge will be migrating across to the new BBC Earth channel including Africa with Ade Adepitan , Building Giants , Dangerous Earth , Tribal Bootcamp , Where the Wild Men Are , Weird Wonders of the World , World’s Busiest Cities , as well as documentaries from Ben Fogle, Brian Cox, Levison Wood, Louis Theroux, Michael Mosley, Simon Reeve, and Steve Backshall. The hazards of being a BBC natural history crew member

Newly-launched BBC Earth has created a short video that shows some of the daily toils they endure.

BBC Earth series explores cities through the eyes of the animals who live in them.

BBC Earth series focusses on the Great Barrier Reef and the Bahamas. 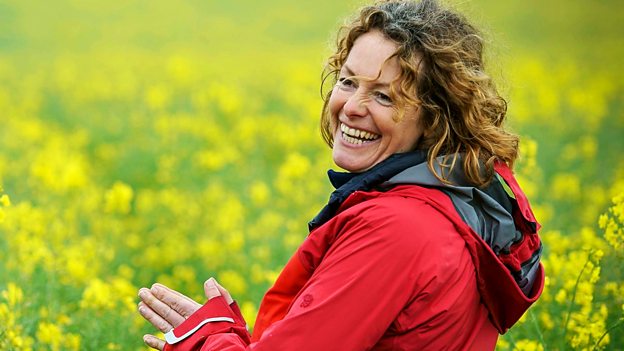 Each episode showcases six characterful entrepreneurs whose graft, love, tenacity and skill lies behind every product they make

First broadcast in December 1954, Zoo Quest was one of the most popular television series of its time.

Follow the further icy adventures of Life Below Zero ’s resilient characters as the series charts their day-to-day lives in Alaska.

In an increasingly unpredictable Arctic climate, they must quickly adapt to the changing landscape in their quest for freedom and survival. Sue is preparing herself for an increasingly uncertain future. Jessie and his dog team are getting ready for their second 1,000-mile Iditarod sled race. Meanwhile, unusual weather conditions are hampering the Hailstones’ harvest of vital resources. Andy continues to teach Denise essential bush survival skills. And Ricko shows his children the importance of carrying on the Athabaskan way of life.

Where the Wild Men Are: Revisited Series 2

Adventurer Ben Fogle revisits people around the world who turned their backs on the rat-race to set up home in some of Earth’s most remote locations.

How have things panned out for the former war correspondent who became a grizzly bear guide in the Canadian wilderness? Or the former city fat cat turned jungle Tarzan in the swamplands of Georgia, USA? And what about the man whose tragic accident prompted a move to Australia’s notorious Tornado Alley? Ben finds out what’s changed for these compelling characters as he learns about the challenges they’ve faced since he first spent time with them. Is life in the wild still their ultimate dream?

I’ve noticed that this channel (and the other doco channels) are suddenly available to me. I don’t have the doco pack. Is this some sort of promotion and if so does anyone know how long for? I’ve already found some really good stuff on this channel.

Docos and kids available for free until Feb 21.

Awesome it has a lot of interesting stuff on there and was thinking it might disappear at the end of the month. Good to know.

Feb 21 is also the last day of the Aust Open so I’m wondering if it’s deliberate.

What does the Australian Open have to do with this?

Competitors often offer their content for free during big events on other channels.

Such as FOX8 airing the animations straight for two weeks during every Olympics and Nickelodeon airing Spongebob for 2 weeks.

It’s to give people who don’t like tennis an opportunity to view their programs and hopefully subscribe after they’re hooked.