One Day at a Time

As Australia faces an unprecedented pandemic, Australian Story tracks the experience of five Australians on five different days during the past week.

A choirmaster, an intensivist, a medical researcher, a psychiatrist and a school principal discuss their responses in the wake of the crisis — and reveal some of the innovative solutions they’re coming up with to find a way through.

Produced over the course of a week, this is a unique insight into a week that changed the nation.

The Two of Us

The touching friendship between jazz man James Morrison and his long-time mentor Don Burrows is the focus of this week’s encore program, following Burrows’ death from Alzheimer’s disease in a Sydney nursing home last month.

When 16-year-old music student James met the legendary jazz maestro in 1978, it was one of the biggest turning points in his life.

After hearing James play, Don immediately took the young trumpeter under his wing, becoming his mentor and inviting him to join the Burrows band

It was the beginning of an enduring friendship, both on stage and off and as Don’s health faded, James became his legal guardian and stepped up to help care for his friend.

The Australian jazz legend who shared his love of music with the world. Remembering Don Burrows | The Two of Us Monday on #AustralianStory @ABCTV https://t.co/W2emcyfMWc
1 Like
TV.Cynic April 8, 2020, 10:51pm #185 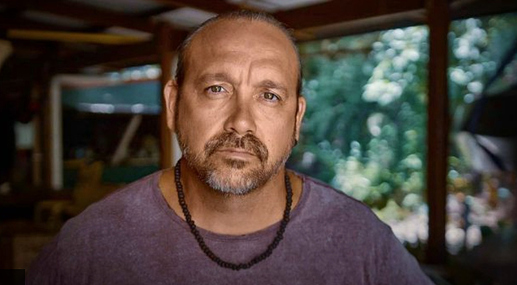 When Victor Steffensen saw horrific bushfires breaking out across large parts of Australia this summer, it was no surprise to him.

He believes we can look to the past to prevent this happening in the future.

As the face of the cultural burning movement, Victor says one of the answers may lie with the fire management techniques practiced by Indigenous people for thousands of years. 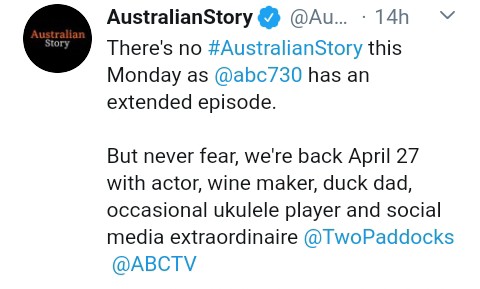 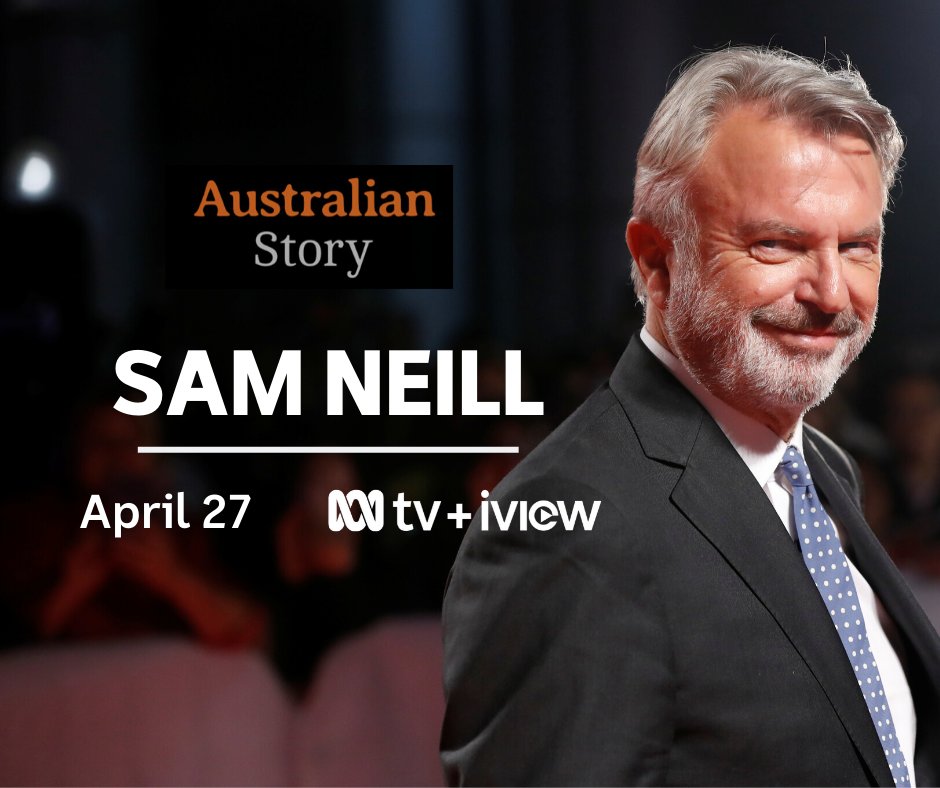 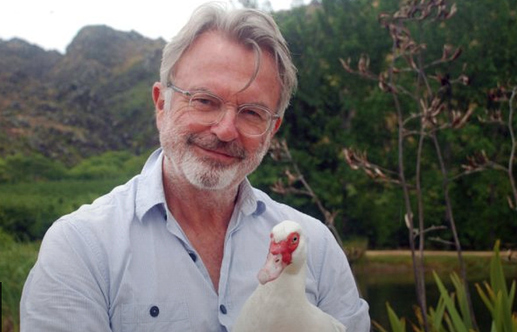 He may technically be a Kiwi, but actor Sam Neill has done some of his best work in Australia.

From his 1979 breakthrough in My Brilliant Career, Sam has been a beloved presence on our screens.

In 2019, the Australian Academy of Cinema and Television Arts celebrated his lifetime achievements with the Longford Lyell award.

But Sam Neill has another brilliant career. For the last 30 years, he has been making wine in his beloved Central Otago in New Zealand’s South Island. What started as a delightful diversion gradually became an obsession.

Now in COVID-19 isolation, Sam has taken to social media to entertain and reassure people.

Whether he’s acting, making wine or serenading us on his ukulele, Sam recognizes he’s simply in the “cheering-up business”. 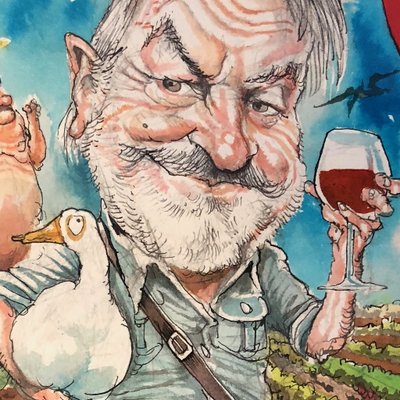 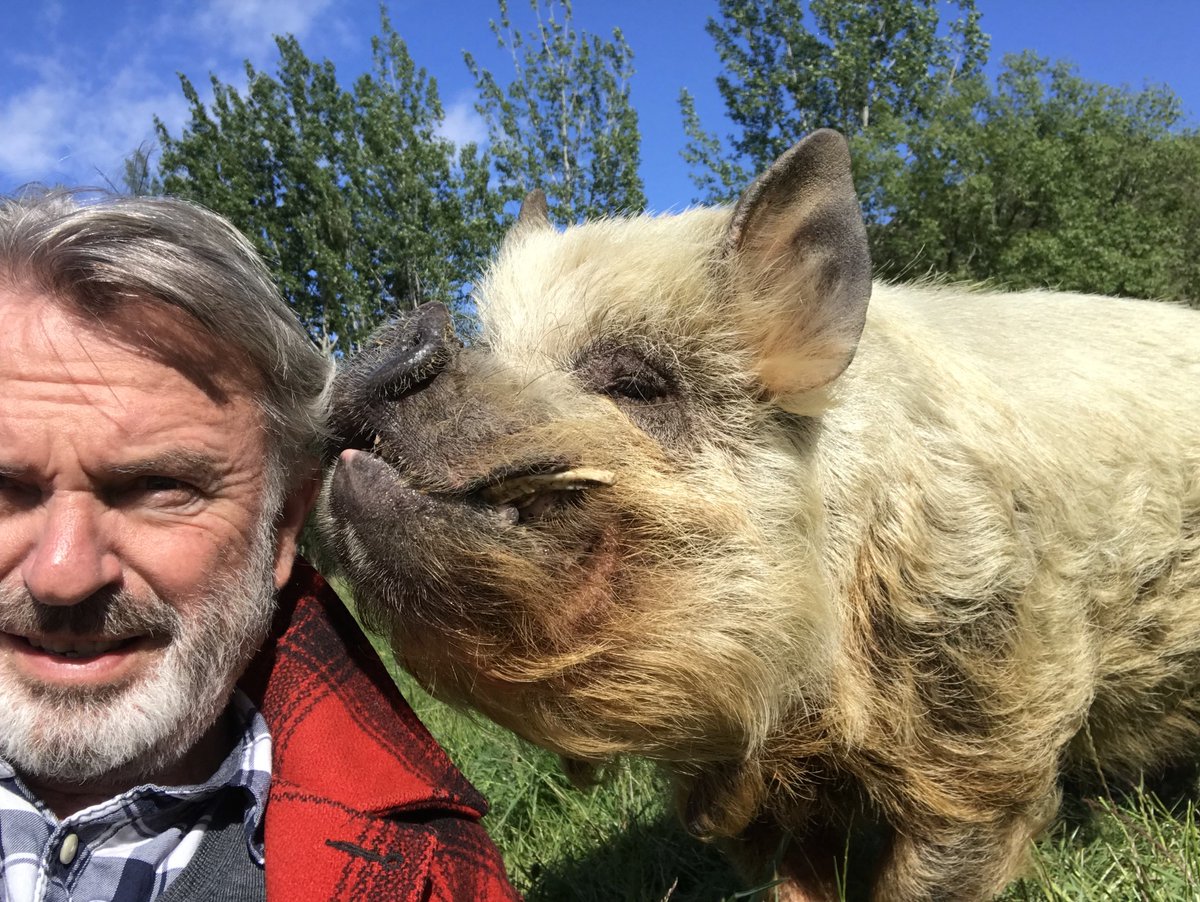 As the country burned through a black summer, one man stood out — NSW Rural Fire Service Commissioner Shane Fitzsimmons.

As communities were being engulfed by fire, and amid political turmoil, Mr Fitzsimmons was reassuring, straight talking and honest. He became the “face of the fires” and to many, a national hero.

For the first time Mr Fitzsimmons reveals the man behind his calm façade and how he overcame a childhood marred by domestic violence to become one of Australia’s most admired leaders.

Next on #AustralianStory, the man who led Australia through a black summer of bushfires @RFSCommissioner Forged by Fire Monday @ABCTV and #iview https://t.co/gszqNO4S1q
Monday 4 May 2020
TV.Cynic May 7, 2020, 11:15am #189

When Tim Sharp was three, his mother Judy was told he had severe autism and should be put in an institution. Judy refused to write him off, believing he had a place in the world.

25 years later, Laser Beak Man has taken Tim all over the world with international art exhibitions and a puppet stage show at the Sydney Opera House.

Australian Story first met Tim Sharp when he was a schoolboy. Now, 16 years later, the next chapter in the epic tale of a mother who moved mountains for a son who had a gift that only she could see.

Next on #AustralianStory, 16 years on, we catch up with Tim Sharp and his mum, Judy, to see how the duo are sharing their story with the #autism community and the world @Laser_Beak_Man 🧩 Mother and Son Monday on @ABCTV https://t.co/Bqqqv8z0Op
JohnsonTV May 13, 2020, 9:44am #190

Roy and HG will be profiled on next Monday’s episode. 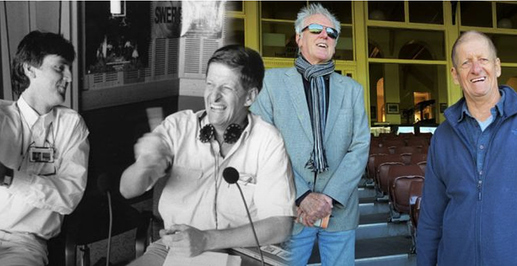 Rampaging Roy Slaven and HG Nelson have been making Australia laugh for the past 35 years.

But as Australian Story found out, behind their brash alter-egos, John Doyle and Greig Pickhaver lead much quieter lives.

After meeting on the set of a children’s television show in 1985, they established an act that parodied the clichés of sporting commentary. Before long they had a weekly radio show on Triple J that ran for 22 years.

Early in their career the branched into television, most famously at Channel Seven where their inimitable coverage of the 2000 Sydney Olympics brought them global attention.

This year they returned to the ABC with a new weekly show, undeterred by the cancellation of sporting fixtures in the face of COVID-19.

In an intimate and revealing Australian Story, Doyle and Pickhaver drop the masks, revealing how they were shaped by their childhoods, why they rarely socialise with one another and how their act has endured so long.

John Doyle and Greig Pickhaver, better known as Rampaging Roy Slaven and HG Nelson, are one of Australia's most enduring comedy partnerships. But the duo rarely socialise to keep their on-air chemistry fresh.

Great to see some old video from Blah, Blah, Blah, Club Buggery and The Dream on Roy and HG’s Australian Story tonight. I got chills when they played the opener to The Dream as I remembered how special that show was. I’m not a sports fan but it was one of my favourite things about the 2000 Olympics. Watching the reactions from international broadcasters to their two hour, nightly piss take was the highlight of those games for me.

With concerts, stage shows and film and tv production cancelled due to COVID-19, Australian performers have found some novel, positive and hilarious ways to keep themselves working … and entertained during the pandemic.

Well-known actors Lucy Durack, Wayne Hope, Robyn Butler and Eddie Perfect got together and created an isolation rom-com in 17 days.

Country music star Beccy Cole and wife Libby O’Donovan have come up with a unique way to keep up live performances without breaching restrictions.

And a story that has to be seen to be believed: the fake Russian choir “Dustyesky” from Mullumbimby has become a viral sensation in Russia during the pandemic.

From his carport studio in Melbourne, @adamhillscomedy introduces this unique #AustralianStory about the novel, positive and hilarious ways that performers are responding to the challenge of #coronavirus Monday May 25 @ABCTV https://t.co/OWgNYtkg5W
TV.Cynic May 21, 2020, 9:01am #195

The midseason final of Australian Story will be on Monday 1 June. That will see the return of Back Roads with its sixth season.

Until COVID-19 struck, very few had ever spared a thought for the “forgotten flu” and the up to 15,000 Australians who died from the brutal pandemic that swept the globe during 1918-19.

Despite the topic being memorialised extensively in the northern hemisphere, Australia’s experience of Spanish Flu was largely overlooked, perhaps because it was buried in the trauma of World War One which had just ended.

Intrigued by the parallels with the current pandemic — the mask-wearing, the quarantining, the social isolation — Australian Story delved into the archives and sought out the country’s expert historians.

For the first time on television, our producers have pulled together photos, video and oral testimonies to provide a unique insight into the time and discovered some remarkable stories of quiet courage and heroism from ordinary Australians.

Next on #AustralianStory, an in-depth look at how we survived the Spanish flu a century ago and the lessons we can learn from our forebears for #COVID19 🦠 @ABCTV ab.co/2AiYCEI https://t.co/dT66QyxfYy
TV.Cynic July 3, 2020, 6:19am #197 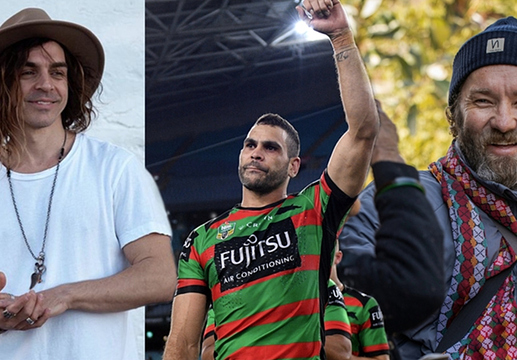 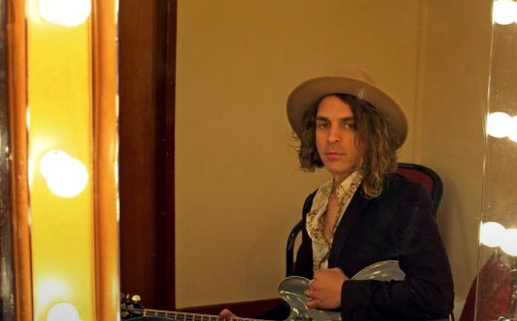 Thirty years after wowing the world as a child prodigy guitarist, Nathan Cavaleri opens up about the challenges of life after fame.

As a boy, Cavaleri, now 38, jammed with Mark Knopfler from Dire Straits, toured with BB King and did the rounds of the US talk show circuit.

But by the time he was a teenager, Nathan was embarrassed by his stardom and in his twenties, battled anxiety attacks that left him unable to perform.

But now he’s back on the stage and embracing his music … and his name. 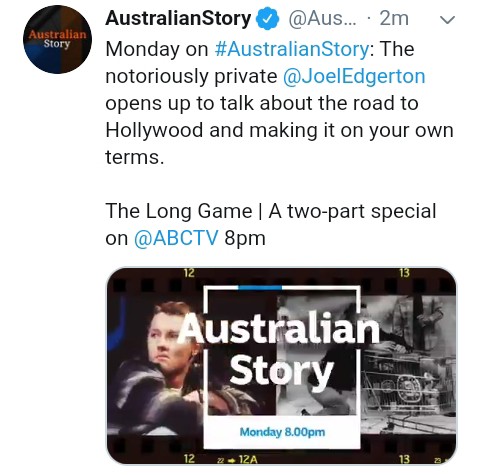 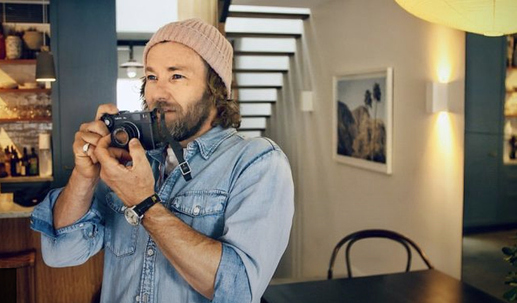 After 25 years in the film industry, actor Joel Edgerton has made it in Hollywood.

With roles in movies such as The Great Gatsby, Zero Dark Thirty and Boy Erased, Joel is wowing critics and audiences alike and has recently turned his hand to directing.

In this unusually candid account of his career filmed largely during lockdown in Sydney, a thoughtful Joel talks about his long road to success, red-carpet anxiety and the psychology behind his acting.

Joel jokes that he’s dropped the normal ‘embargo’ he has on his mother talking to journalists and encouraged family and friends to talk openly about his life and career, including big brother Nash who has been a huge figure in his life.

This two-part Australian Story also focuses on Joel’s work as a global ambassador for Australian eye charity, The Fred Hollows Foundation, a role he says, “balances up the equilibrium of a selfish life”.

Monday on #AustralianStory: The notoriously private @JoelEdgerton opens up to talk about the road to Hollywood and making it on your own terms. The Long Game | A two-part special on @ABCTV 8pm https://t.co/FFUO7QfWeJ
NewsWeary August 6, 2020, 7:28am #202

I’m disappointed nobody commented on Daryl’s return to television on Monday night when he introduced Nathan Cavaleri’s Australian Story. 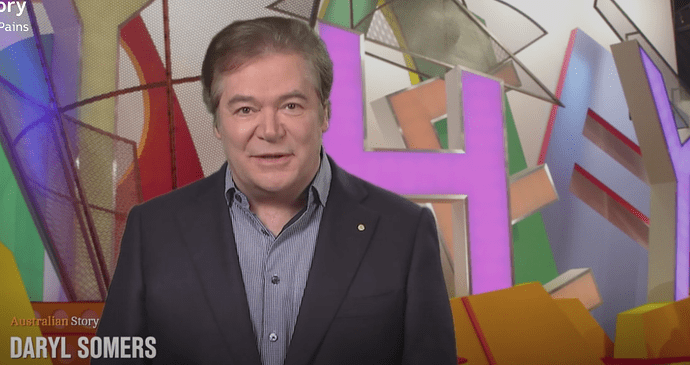 I had visions of Daryl presenting the show in his lounge room to family and friends each Saturday night when that familiar set appeared behind him during the intro on Monday.