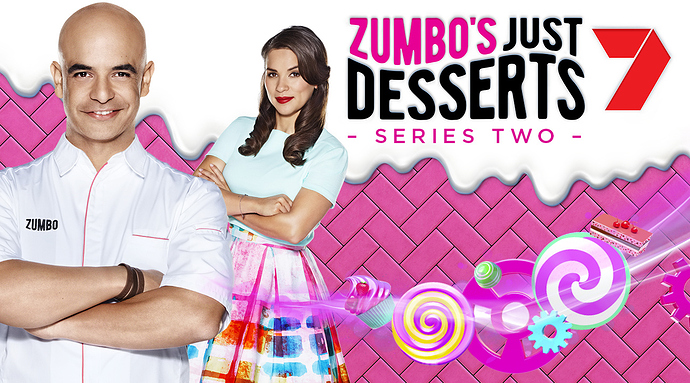 Get set for another delicious and delectable helping of ZUMBO’S JUST DESSERTS!

Developed and produced by Seven Studios, this second instalment is a co-production with Netflix which sees amateur desert makers from around the country put their sweet making skills to the test until the ultimate dessert king or queen is crowned.

Ten passionate dessert makers will be put to the test in Zumbo’s candy-coloured Dessert Factory, where the magic begins.

In every episode, Zumbo will set a Sweet Sensations Task. Cooking to Zumbo’s special brief and theme, they’ll have to create a dessert using their creative skills and imagination.

There’ll be plenty of thrills and spills as they battle the factory clock and their nerves to finish on time.
Judges Adriano and Rachel will taste and critique all their creations. The two dessert makers with the weakest creations must then compete in The Zumbo Test.

Known as the Patissier of Pain, Adriano will unveil a fantastical jaw-dropping never-before-seen creation from underneath the Dessert Dome, which the bottom two contestants must replicate.

It’s a baptism of fire with someone sent home every episode.

The winner of the competition will take home $100,000 in prize money to make their sweet dreams come true.
They’ll bake. They’ll create. But only one will rise. Who will be Australia’s best?

I’d forgotten this show was even coming back.

Hopefully this doesn’t end up like Instant Hotel Series 2 (which I thought was watchable).

Wasn’t this one of Seven’s heavily promoted post-Rio 2016 shows? By Tokyo 2020 time next year, it’d have been 4 years since it debuted.

Your maths is excellent.

Online, yes. At the time, no. Though I do think the goal posts for success have shifted greatly in those 4 years.

It launched to barely 1m, in a year when MKR was still pulling 1.9m metro for its biggest episodes and straight out of Olympics! Didn’t it lose viewers big each week too?

Short promo for season 2 aired tonight during the AFL telecast. 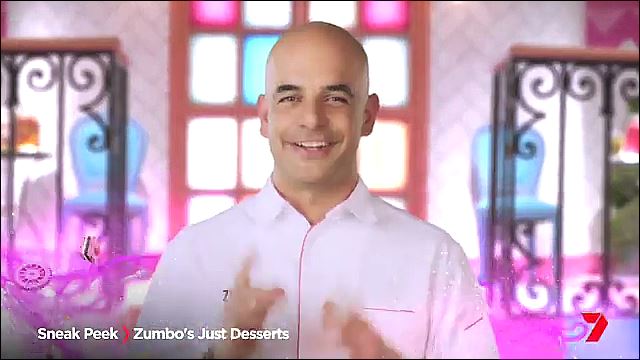 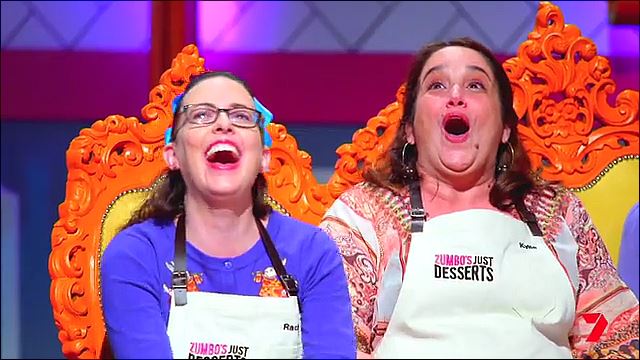 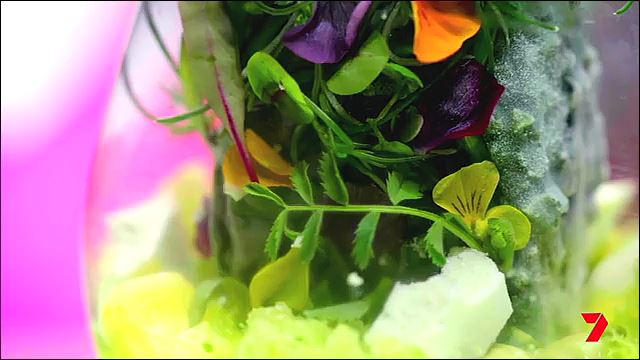 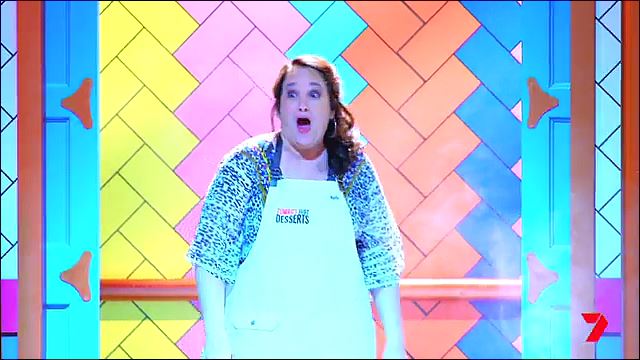 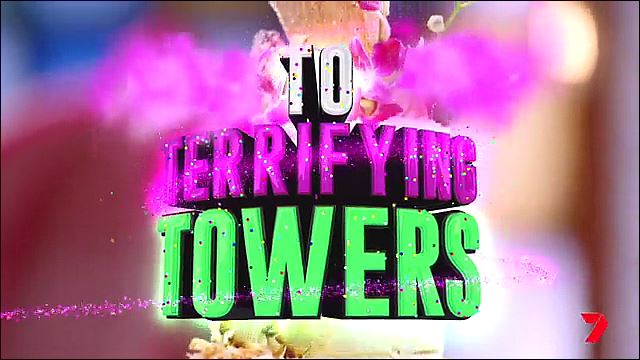 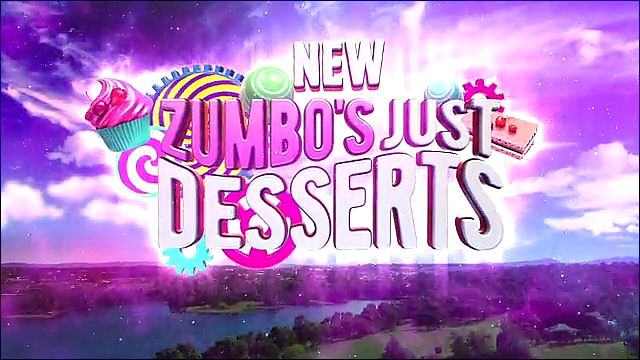 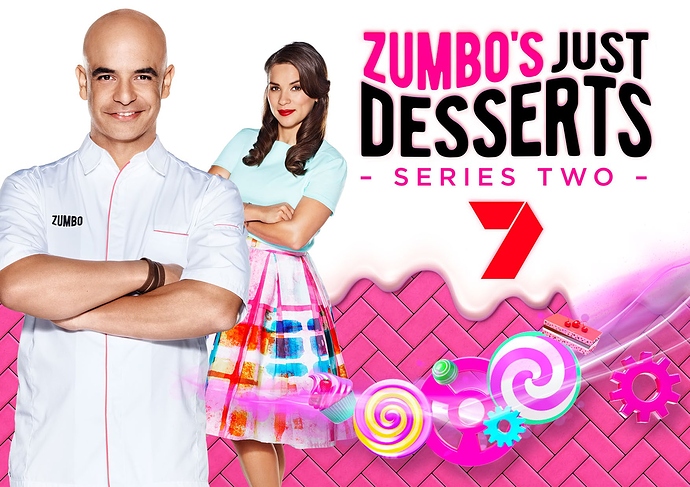 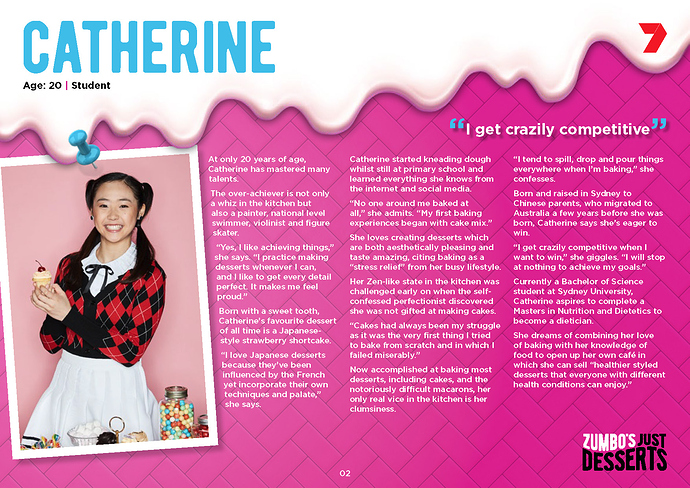 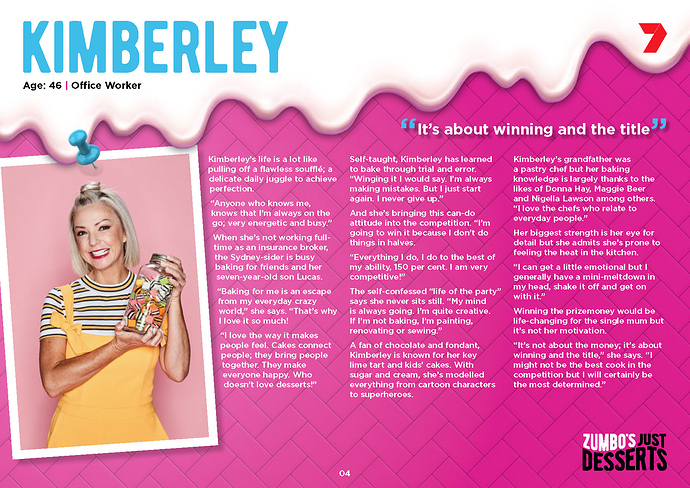 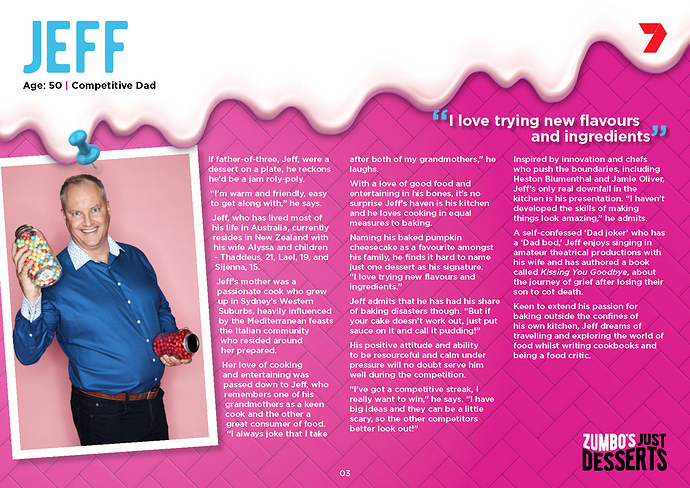 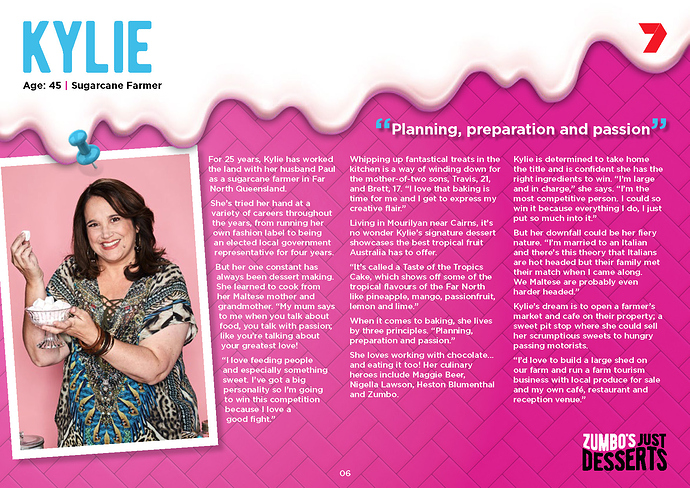 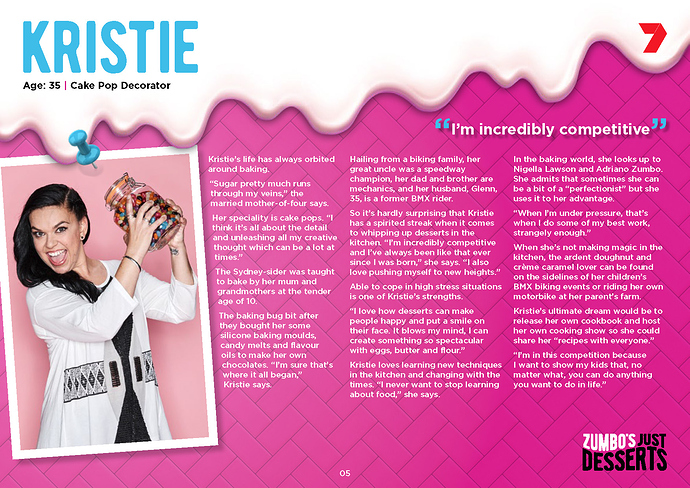 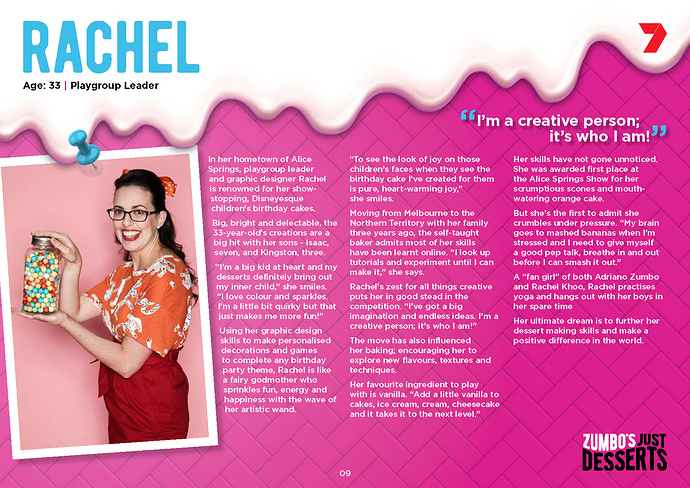 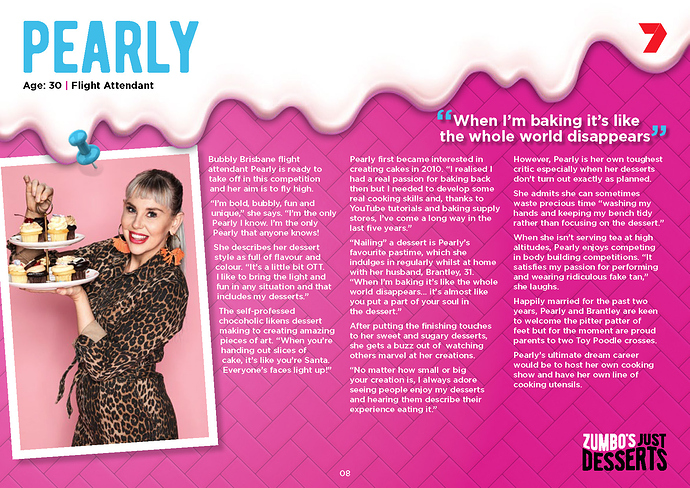 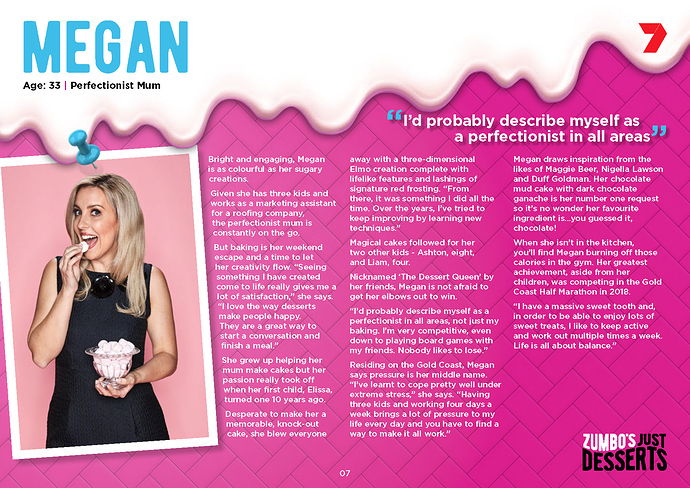 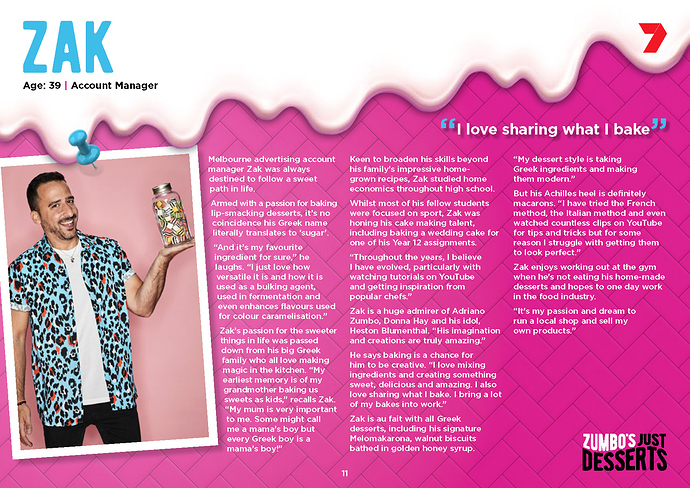 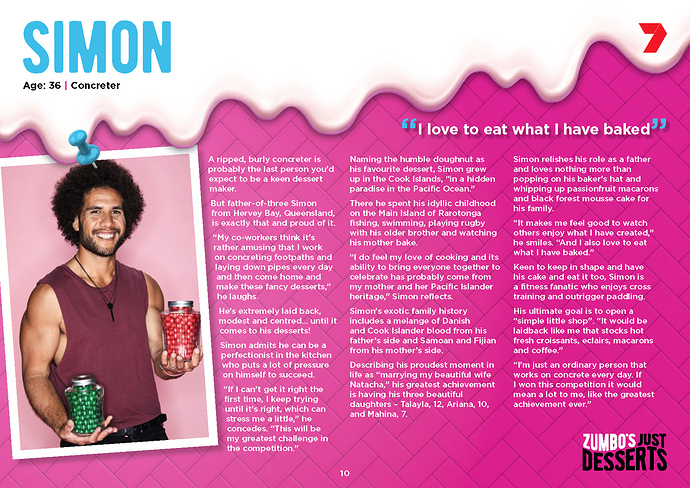 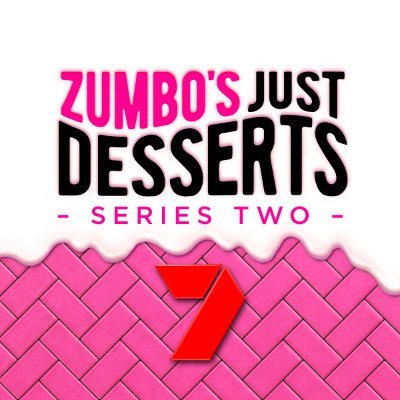 Solid start for season 2 tonight. I don’t mind Gigi’s absence as she didn’t contribute much in the first season anyway.

The other positive for Zumbo is it was only renewed due to big success on Netflix worldwide. With Netflix as a co-producer this season I suspect the margin for profit is relatively good.

I looked through the credits (both on TV and on 7plus) and couldn’t find any mention of Netflix. (Rachel tweeted yesterday that season 2 would stream worldwide on Netflix in 2020)

Final is scheduled as a double episode from 7.30pm on Thursday 5 December.

Seems that there has been no mention of the contestants’ social media pages, so here are some of them to follow after the program has finished.

100 Likes, 5 Comments - @sweetassimon (@simon.justdessertsau) on Instagram: “IT'S SHOWTIME! 🍰 As I put this apron on and stand here to take this photo... i am still amazed and…”

64 Likes, 3 Comments - Jeff Poole (@knead2bakenz) on Instagram: “I’m looking a bit serious, but what has the next challenge got in store and who@will go home? Tune…”

162 Likes, 8 Comments - ZÁCARY desserts (@zacarydesserts) on Instagram: “As the year is reaching the end and with all the build up of Zumbo’s Just Desserts, I’m taking a…”

85 Likes, 4 Comments - Kylie Farinelli (@kylie.justdessertsau) on Instagram: “It’s so surreal when you walk through Melbourne airport and hear kids calling your name because…”

So season two ended with Catherine coming from behind to beat Simon in the grand final. Catherine secured the first 10 of the season in the final sweet sensations challenge on her way to the title.
There was no press release for the finale, just a post on the show’s Instagram page and a message from Catherine herself.