It was another winning night for Seven thanks to continuing good numbers across primetime for the Olympics. The extended coverage in the afternoon that pre-empted usual programming will see some adjustments in the numbers there.

Seven News was again number one though Nine won all east coast markets across the hour with Seven’s Brisbane bulletin it second lowest number of the year.

Married At First Sight saw little competition for the top entertainment spot while the return of Under Investigation that followed managed 357,000. That is down from the first season launch in March last year that had 719,000 while season two’s premiere in August had 427,000.

Also disappointing was the new season premiere of Ambulance Australia that missed the top 20 as 10’s main channel slipped below double figures with only one top 20 entry.

The night also saw ABC’s line up underperform against the increased competition. Hard Quiz held up the best.

On the multichannels the National Press Club Address that went overtime took out the top two places.

They did promo it well but it’s a flop.

Not a good start for the new season of Under Investigation. Wednesday is the wrong night for the show.

Don’t entirely agree with this as it used to rate very well on its own at 7.30 when there was hardly any competition against it on Tuesday and Thursday nights.

Directly against Married and the Winter Games? Disaster.

Breakfast was closer than recent results with Sunrise down and Today up. Sunrise won by 20,000 while News Breakfast was 50,000 further back to its lowest result in 2 weeks. Today won the east coast with Adelaide and Perth delivering Sunrise the win.

News Breakfast has been pushed back this year by the commercial offerings.

Another win for Today in Brisbane. The local news inserts on Sunrise don’t seem to be having a big impact.

Don’t entirely agree with this as it used to rate very well on its own at 7.30 when there was hardly any competition against it on Tuesday and Thursday nights.

Directly against Married and the Winter Games? Disaster.

It hasn’t got a regular profile night…audience have had to hunt around to find it and when they do it may be a repeat…….or even the UK version….I would suggest it’s audience is watching the Winter Olympics and didn’t even know it was on……let’s see how catch up goes

Seven winning every night of survey so far, total people and key demos, goes to show the value of event sport still. I’m sure their advertisers/buyers would be liking that. Must be a number of years since they were in this position. Tonight, Friday and Saturday with no competition should go huge.

However, as I’m sure they’d love us to be fooled, Married is still smashing it and everything (key demos crucially) for Nine in that early evening, with catch-up a bonanza. And ACA is doing a number on H&A. So Seven definitely have big areas to improve and I’d imagine would be sweating on Dancing and SAS “after the Olympics”. Can they replicate Seven’s post-Tokyo glow of last year?

As for 10 and less so ABC, wouldn’t sound alarm bells yet, Beijing obviously a big disruptor to the system, let alone Married.

How do we rate 10s performance…?

The Project was the only show to make the top 20.

I feel Nine and the other networks will get a boost when we see the consolidated ratings come out next week. Seven are mainly winning on the back of their late night audience shares.

Seven winning every night of survey so far, total people and key demos, goes to show the value of event sport still. I’m sure their advertisers/buyers would be liking that. Must be a number of years since they were in this position.

Or last year when they broadcast the Tokyo Olympics.

They need a proper promo, otherwise how would Today viewers even know there are local inserts. A brief mention at the end of the 6pm bulletin isn’t enough.

Agreed. But that’s only time-shifted broadcast (recordings), most of Nine and 10’s young appealing reality shows power with 9Now and 10 Play streaming. So we really need a metric that does a “total share” (like what 7 day total tv or Virtual Oz offer, except for shares). Like a combined broadcast overnight + broadcast time-shift + bvod share. @TV.Cynic Do we know if OzTam offer such a thing to networks/buyers and if not if it’s potentially a possibility some day? I do realise it wouldn’t quite be like-for-like/fair.

They have. I’ve definitely seen “live and local news” promos.

Seven winning every night due to the Winter Olympics as expected

But the promos for the next day’s show as seen during the 6pm news do not mention the local live aspect. Tonight’s promo actually said “we’re live to Beijing” which they aren’t in Queensland but didn’t say anything about “live local news”. 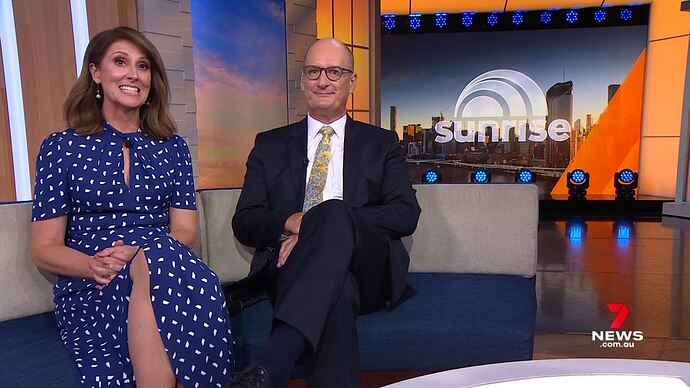