Interesting article from News Corp around 10’s programming and apparently CBS is about to step in andd shake things up:
https://www.adelaidenow.com.au/news/national/channel-10-programs-facing-axe-with-new-american-owners-taking-charge/news-story/c19341a6521afad4b7ed60566b25e04d

It was discussed in Ten Network schedules thread.

Daily Telegraph/Annette Sharp report (so take a grain of salt) that several programs are under review for 2019, and Bev McGarvey is under a stack of CBS scrutiny.

Potentially on the chopping block: I’m a Celebrity, Survivor, Pointless and Bachelorette, with Dancing with the Stars to come. 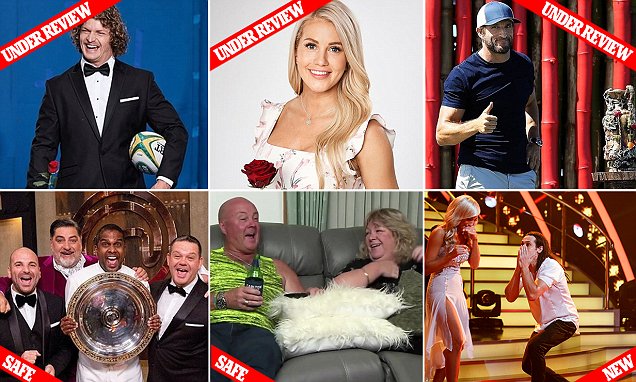 Less than a year after Channel Ten seemingly found the formula for ratings success with Sophie Monk's The Bachelorette, the show could be no more.

what a load of absolute drivel.

what a load of absolute drivel.

Amanda Sharp should loves making up stories about ten…geez

Amanda Sharp should loves making up stories about ten…geez

Annette Sharp does too. 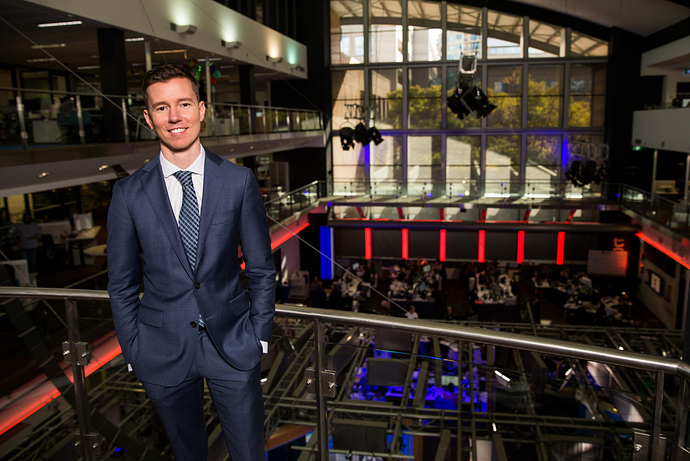 Mr Tomlin, who was previously Network Ten’s Head of Research, will be responsible for research, data strategy, analytics and insights across the company, including the Content, Advertising Sales and Digital divisions. He will report to Chief Content Officer, Beverley McGarvey.

Katherine Sawers continues in her role as Head of Research Projects.

Ms McGarvey said: “Gareth has been an important part of the Network Ten team for more than five years. His new role recognises his valuable contribution to our business and the importance of the data, analytics and insights function.

“Gareth’s appointment is another step in building our data, analytics and insights capabilities. As one of Australia’s leading media and entertainment companies, we need to be constantly investing in data and insights to enhance our content and create new opportunities for our advertisers.”

Network Ten Chief Sales Officer, Rod Prosser, said: “Data, analytics and insights are a vital part of the new Advertising Sales department we are establishing at Network Ten and Gareth is the perfect person to lead that area for us.

“Our aim is for the new Advertising Sales department to be the best at delivering great solutions for our clients. Providing world-class data and insights is an important part of that plan. Gareth and his team will also be focused on developing all-platform addressable trading solutions for our advertisers, working closely with their counterparts at CBS.”

Mr Tomlin said: “I am thrilled to be taking on this new role. Data, analytics and insights are a crucial part of Network Ten’s future, and I’m looking forward to developing market-leading data solutions for Ten and our valued clients.”

Why be just head of research, when you can be head of “Data, insights and analytics”?

Those red lights in the newsroom look fantastic! They’d be perfect for a breaking news story if Ten ever return to an open backdrop.

There were a couple of images supplied by Ten for the story, somehow I knew the one that overlooked the newsroom would be best for Media Spy.

Michael Stanford is returning to Ten on September 17 to lead the new creative arm of the sales division, Ten Imagine. Stanford is currently Initiative’s chief creative solutions officer and before that national creative director of Ten’s Generate division. Michael Stanford returns to Ten ahead of sales division launch

Ten has appointed the first member of its soon-to-launch sales division, with Initiative's chief creative solutions officer Michael Stanford to return to

TEN Imagine will launch later this year as part of the establishment of a new Advertising Sales department at Network Ten.

In his new role, Mr Stanford will be responsible for the creative and category specialist divisions across Network Ten’s Advertising Sales department and will also oversee the network’s commercial production department. TEN Imagine will work closely with advertisers to create marketing solutions that deliver a high return on investment.

Mr Prosser said: “Michael is one of the best and most versatile creative directors in Australia and a great strategic thinker. He has worked with some of the biggest brands in Australia and the world to develop highly creative, engaging and effective campaigns.

“I’m delighted to welcome Michael back to Ten and to this important and exciting new role. As we build our Advertising Sales team, including a strong emphasis on delivering great results for our clients, Michael and TEN Imagine will be pivotal in executing our customers’ strategies. His experience with, and knowledge of, brands will be critical in our category specialisation strategy.”

Mr Stanford said: “I am thrilled to be returning to Network Ten at this exciting time for the network and the industry.

“Television is unmatched, not just in reaching audiences at scale but also in how brands can connect with consumers through creativity, relevance and innovation. With the exciting content schedule ahead and the chance to work with Rod and the amazing team in place, I can’t wait to be part of this new era at Network Ten.”

FROM THE WINDOW
TO THE WALL

Ms Hovagimian will report to Chief Sales Officer Rod Prosser. She is currently Network Ten’s Head of Integration and has held senior Sales roles at the company since 2008.

Mr Prosser said: “As brands search for new ways to build authentic connections with consumers – and to increase their share of voice – TEN Effect will work with advertisers and show producers to create truly engaging and effective moments in Network Ten’s market-leading content across multiple platforms. TEN Effect will also work closely with the newly launched TEN Imagine to amplify clients’ advertising strategies in show.

“Tamar has a long history of working with show creators and their teams. She has delivered some of Australia’s most outstanding sponsorships and brand activations. She has a unique ability to achieve the perfect balance between commercial and editorial, and to create integration moments that are seamlessly woven into a show’s DNA.

“I’m thrilled that we have Tamar running TEN Effect. I have no doubt that Tamar and her team will continue to lead the market in brand integration and activation,” he said.

Ms Hovagimian said: “I’m very excited to be a part of the rebirth of Network Ten’s Advertising Sales team. I’m looking forward to working with Rod Prosser, Michael Stanford, TEN Imagine and the amazing team at Ten to continue developing and executing results-driven, market-leading campaigns for our clients across the network’s content and platforms.” 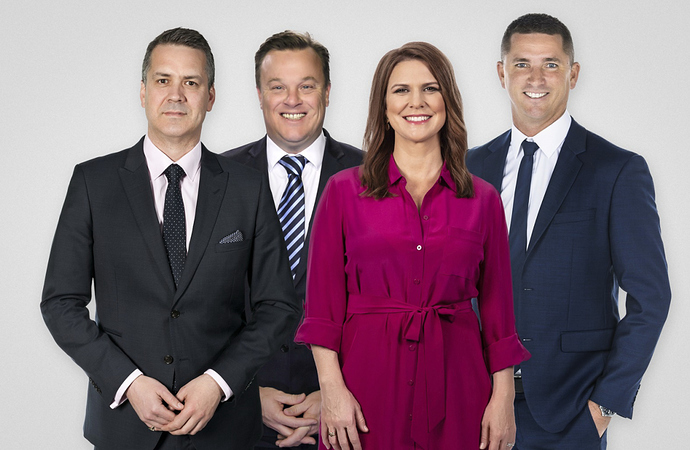 Network Ten is continuing to build its Advertising Sales empire with the appointment of market Sales Directors in Melbourne, Brisbane, Adelaide and Perth.

Network Ten’s Chief Sales Officer Rod Prosser said: “We are building something exciting here at Ten. With our brilliant entertainment programming line-up over the coming months, we have a great story to tell and more commercial opportunities than ever. Damon, Ange, Cam and Paul are experienced, well-respected leaders in their respective markets. They are also passionate about Ten, our multi-platform offering and what we can achieve by bringing the advertising sales team back in-house. Each of them are great ambassadors for Ten, having worked closely with the company for many years. I’m thrilled to have them part of the sales leadership team to take Ten’s commercial strategy into the future.”

Ms Herd said: “Paul has an infectious energy and there are few people that know the WA market as well as he does, so I’m really pleased that he will be leading our operations in Perth. I’d also like to thank Frank Filosi for his outstanding leadership in WA over the past four years. He has done a phenomenal job and will leave the station in great shape. Even though he is busier than ever as our General Manager of Network Operations and Adelaide, Frank will work closely with Paul when he joins Ten to ensure a smooth transition.”

Ms Neville first joined Ten in 1997 before moving to EYE Corp Media in 2009 to become their QLD State Sales Manager. Ms Neville then spent time at Seven Affiliate Sales as Sales Director before re-joining Ten in 2011 as Brisbane Sales Director, and was appointed General Manager of Brisbane and South-East Queensland earlier this year responsible for Ten’s Brisbane and South East Queensland operations. Ms Neville will maintain this responsibility in a dual role and will continue to report through to Ms Herd.

Mr Mudge joins Ten from MCN where he was responsible for media sales in the Adelaide market with oversight to key MCN divisions including Sport, Digital, Mobile and Multiply. Under his leadership, the South Australian sales team won Sales Team of the Year at the Media-i Awards. Prior to MCN, Mr Mudge was to Network Ten for six years in Group Sales Manager roles. He has also spent almost 10 years in radio sales.

Good to see that Ten have appointed/are appointing sales directors for each metropolitan market.

Hopefully this may eventually result in local initiatives which will get the communities of all five capital cities building a stronger connection towards Network Ten, something they’ve been lagging behind Seven and Nine in for quite some time.

And good to see they’re employing general managers of the markets as well. Hopefully some unique localism can creep in.