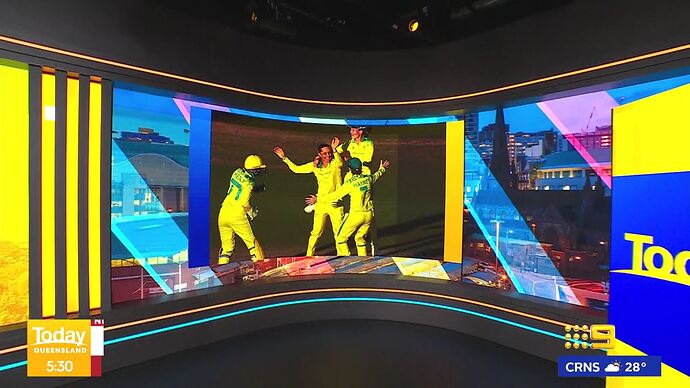 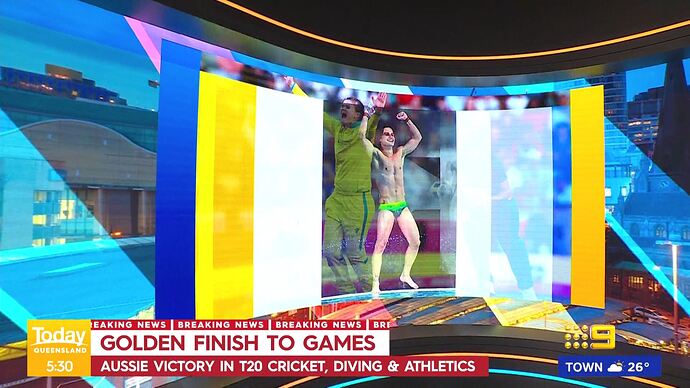 Anyone recognise the Coles store in Brisbane? Apparently it is a different type of giveaway each day.

Today opened with the news of the death of Olivia Newton-John saying they had heard the news just minutes before. The entire first segment from 5:30 am up until the first ad break just before 6 am was a tribute to her life. At 6am, regular news ran then they play a 60 Minutes segment with Karl and ONJ; them more after the ad break. No 6.30 news, instead a cross to her star in Hollywood with vox pops. Then Richard Wilkins was in the studio. Then more coverage up to 7am; again no other news. Continuous coverage past 8am with no other stories.

. A very emotional Richard Wilkins couldn’t speak after they just aired a pre-recorded interview of ONJ last year with him.

Always such a waste of time.

Yeah I never get the point of these reacting to news events - unless people were eyewitnesses to news events themselves. Utterly pointless and seem to be there just to fill time.

It was truly very emotional. 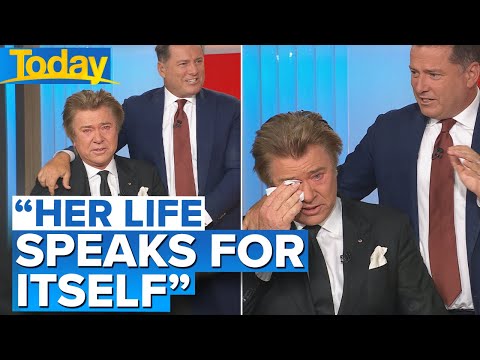 Another unusual aspect of Today this morning - no weather reports, with Tim not seen at all, and their promotional giveaway was scrapped. Also an unusual cross over to Today Extra that didn’t start until 9:24. 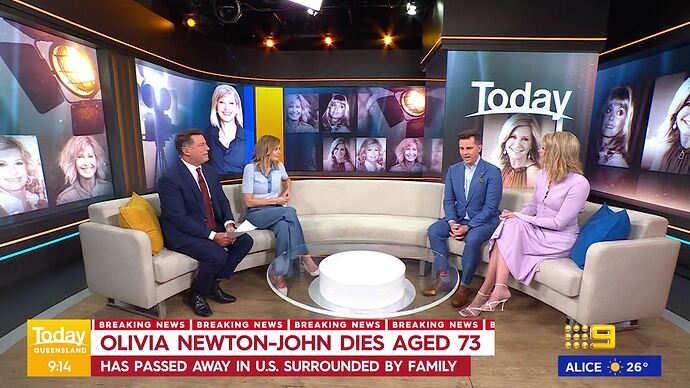 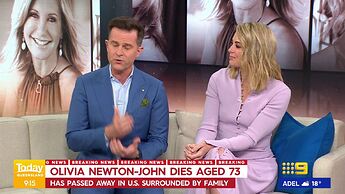 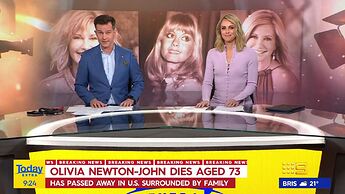 It turns out that one of the people interviewed at the Hollywood star was the casting director of Grease; didn’t realise at the time.

Today excelled with the coverage this morning. Such a fitting program to honour such a beautiful person. Rolling coverage really is where Today outshine Sunrise.

Depends on the coverage type. I think they’re both good at different types of rolling coverage.

The entire first segment from 5:30 am up until the first ad break just before 6 am was a tribute

Continuous coverage past 8am with no other stories.

Sad to see her death, but you don’t need to have more than half the show on her. Also removing the weather reports is just going overboard.

Hope you aren’t watching Nine News tonight. The first 15 minutes was dedicated to her career and legacy. I feel the significance of her death is perhaps lost on younger generations who weren’t around for the heights of her career in the '70s and '80s. Loved worldwide as one of Australia’s most successful international exports, the recognition is warranted and deserved. You only have to see the outpouring of emotion today to realise how impactful and significant her death is.

And people don’t like Dickie, what a beautiful and caring human!

Yeah. I liked Richard too, most respected entertainment journalist I’ve ever watched.

I thought criticisms were related to his presentation style, not as a human.

I think there’s no doubt he’s a very good person.

I cried through the first 20 mins of 7News tonight. Been holding it in all day

I don’t usually become upset by celebrity deaths but this one did cause me to get teary when I was watching some of the international reporting this afternoon. Mum had her country music albums in the house growing up and is around the same age, we watched Olivia’s television specials as a family and one of my earliest movie going experiences was seeing Grease when it came out. I think it’s the realisation that time marches on and the people that had an impact on our lives when we were younger are slipping away.

Still, takes a lot of effort to even get onto the set knowing what he knew, before we all did. His presentation was great today and sets a good example for Boney to try and live up to,

It’s like everyone knows Richard Wilkins.
From the red carpets to interviews.