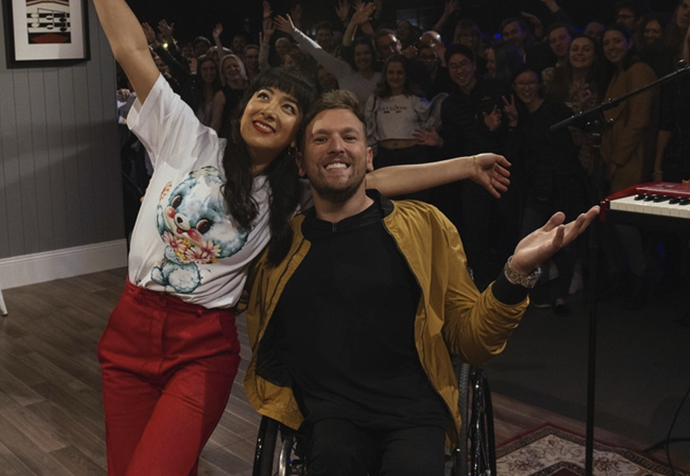 triple j and ABC are very excited to reveal that Australia has just scored itself a new live music TV series like no other. Hosted by triple j’s Linda Marigliano and Dylan Alcott, The Set will make its debut during Ausmusic Month this November, kicking off on 31 October at 9.30pm on ABC and iview.

The show will feature performances from some of the biggest and very best Australian artists of the moment, to a live audience of 250 people who’ve come to join the party. Angus and Julia Stone, Vera Blue, Ball Park Music and The Presets will be stopping by – and they’re bringing their mates.

Across the series, headline artists will curate the line-up for each program by inviting two guest acts to perform live. They’ll then close out the show with a special one-off musical collaboration. Expect to see artists like Illy, Odette, Baker Boy, Wafia, Mallrat, Angie McMahon, Tia Gostelow, LANKS and Kult Kyss popping up throughout the series.

Where’s it all going down? In a share house. Artists will perform at The Set’s purpose-built share house set, back yard and all. With 250 mates hanging out the back, it’s going to be a big vibe.

Co-hosts Linda Marigliano and Dylan Alcott say, “We’ve been keeping The Set a secret for a while now and are pumped to finally share this news with you. A new live music TV show is going to be a great thing for Australian music, and hosting it together is a bloody dream come true.”

The Set continues ABC’s much-loved live music tradition, in the spirit of shows like Countdown and Recovery, but in a unique format that is the first of its kind. ABC’s Head of Music and Creative Development, Chris Scaddan, says “There’s a real energy inside the ABC about this show. Everyone is really proud to be filling the studios with so much great Australian musical talent. The Set will be something for a new generation of music lovers to call their own.”

Come on down and tell your mates – The Set will be broadcast Wednesdays from 9.30pm on ABC and iview, and then again on Saturdays from 10pm – with an extra half an hour of live music and antics.

it’s going to be a big vibe.

what the fuck does this even mean? this doesn’t make sense. is it a good vibe, mellow, hectic, bad vibe like what?

The Set’s purpose-built share house set, back yard and all.

how many bongs will be in the background. if the answer is less than 20, they’ve failed to make a real share house set.

Good idea for more Aus talent, but I think they’ve reallllly boxed themselves in with this concept. I hope they change how the share house looks dependent on the lineup or act, so more lights and CO2 for artists like The Presets and just down lights for Vera Blue & Angus and Julia Stone.

Dylan Alcott told the Herald Sun yesterday that the show would return this year. 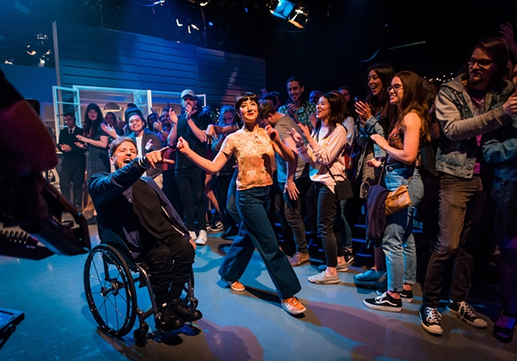 ABC’s new live music TV show The Set is back for season two! Performing in front of a live audience will be some of the brightest and best musicians of the moment, with episode 1 featuring Amy Shark, Thelma Plum and The Teskey Brothers.

The ABC has revealed the guest line-up for season 2. Here’s who is performing on ABC’s house party this season. 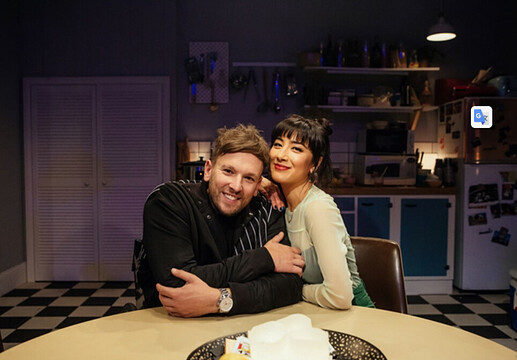 ABC’s The Set is returning to your telly for a bumper 10 episode run. Co-hosted by Linda Marigliano and Dylan Alcott, this series will bring you the artists and interviews that you’ve been missing.

Kicking off on Saturday 24 April at 8pm on ABC TV Plus and ABC iview, each episode features multiple performances from two headline artists. Then in the show’s climax called The Set Piece, they’ll team up for a one-of-a-kind collaborative performance. Expect to hear songs performed like never before!

Co-hosts Linda and Dylan say, “It’s been a super tough 12 months for live music, so we’re absolutely thrilled to be back on your television, bringing you sets from some of the brightest and best artists of the moment.”
The Set’s audience will be an intimate affair for music fans who score a spot. The event will comply with the latest NSW COVID regulations.

Stay tuned to find out who’ll be joining The Set’s house party! There will be a varied range of artists dropping by, from established and emerging Aussie talent to some names you won’t expect. Watch The Set on ABC TV Plus at 8pm local time or whenever you want on ABC iview.

Watch The Set on ABC TV Plus at 8pm

Was thinking the same. Not sure if Saturdays at 8pm (on ABC Plus aka ABC 2) is the best slot for the show. Sadly, i’m not sure what time any primetime music shows should air these days. Its a tricky genre. Air it before Rage starts is one possibility, but then again, to air it as first run at a late timeslot probably is probably not the best situation either.

Nonetheless, i am glad it is returning. It is a nice little gem of a show.

Sydney tix are avail to see Lime Cordiale, You Am I, Miiesha, Fanny Lumsden and more. 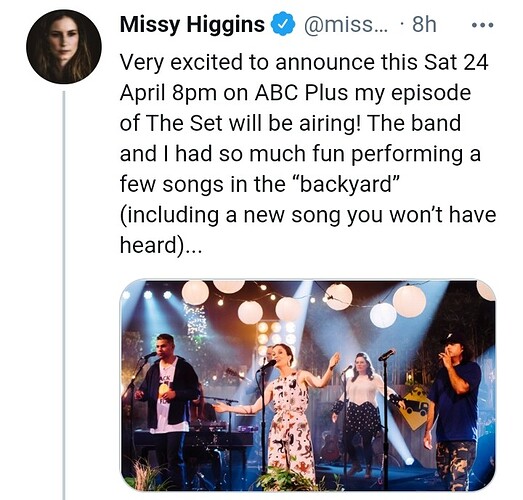 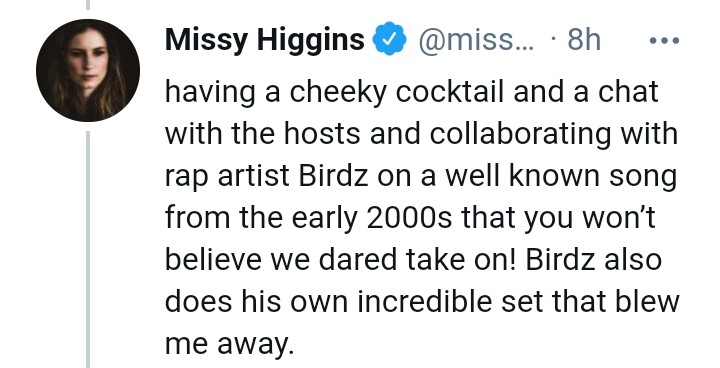 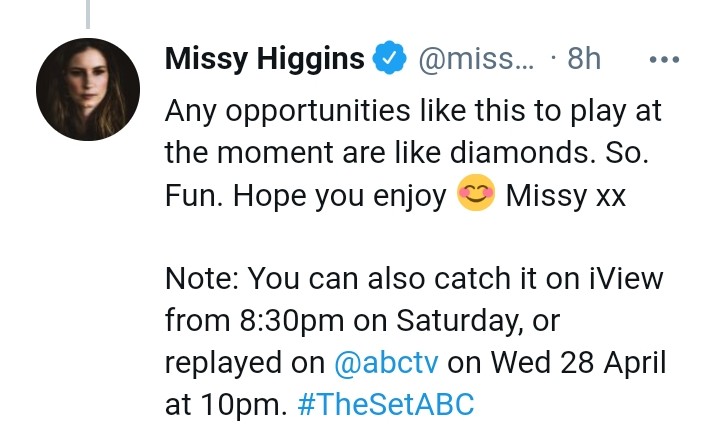