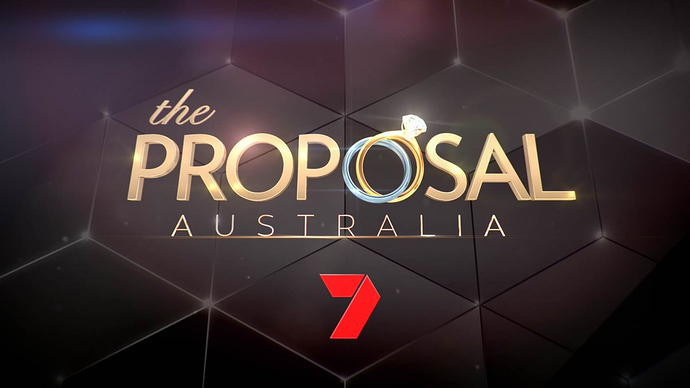 From the creator of The Bachelor comes the new sensation in dating shows. Each episode, 10 eligible daters compete in four pageant style rounds to win the heart of a mystery suitor or suitress whose identity is concealed from them. When the winner finally gets to meet their concealed suitor, it comes with a romantic proposal. Big and bold, THE PROPOSAL is a Warner Bros production for Channel Seven.

Each episode, 10 eligible daters compete in four pageant style rounds to win the heart of a mystery suitor or suitress whose identity is concealed from them.

So many awful programs. Did they get the idea from UnReal?

I wonder if Ten had first look rights at this through Warner Bros since it’s a spin off from The Bachelor and they have the rights to Bachelorette, Bachelor in Paradise etc however passed on it due to not doing so well in the US and they realise they have enough dating content and could invest the money into better programming elsewhere.

Sounds awful. Even the logo looks like a bad knock off of The Bachelor.

It’s not a knock off. It’s a spin off made by the same people.

Should have read more closely.
Still stand by my comment that it sounds awful though

theproposalcasting.com.au From the producers of The Bachelor and The Bachelorette comes a groundbreaking new dating show providing a chance of finding true love in a single night. If you are currently single, over the age of 23, and want to find your perfect match apply now! https://t.co/91SVBj10B1

Luke Jacobz will host the show. He did an exclusive interview for this week’s issue of New Idea. The new role came after he was dropped as host of Instant Hotel last year, and competed on I’m a Celebrity this year.

Luke Jacobz is master of ceremonies for Seven’s THE PROPOSAL 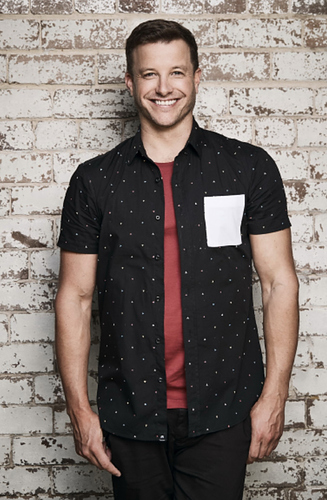 Crazy, but not impossible, THE PROPOSAL helps singles find the ‘one’ in one hour as eight eligible singles compete for the affection of one mystery suitor who could become their instant fiancé.

Having recently proposed to his girlfriend of two years, the popular host and actor understands the pressure that comes with ‘popping the question.’ He admits he’s completely in awe of the program’s singles who are ready to take a leap of faith in their search for love and willing to propose to someone they’ve literally just met.

“Proposing to my fiancé Raychel was one of the most nerve-wracking, exciting but rewarding experiences of my life. I’m hoping that my very recent proposal might give our singles even more confidence.”

Adds Luke: “I have always wanted to get married and start a family…there’s no greater feeling knowing that you’ve met the one, that you’re now part of this amazing team. I love that I get to be a part of other couples taking the leap too.”

Well-known to Australian audiences for his work on Home and Away, The X Factor , Instant Hotel , McLeod’s Daughters and Dancing with the Stars which he won in 2008, THE PROPOSAL marks Luke’s first-time hosting in the television dating arena.

“I’m so happy to be attached to this very new and exciting project. Who doesn’t like to watch people fall in love? To be a part of a couple’s story, and to be there the day they become engaged is a pretty amazing thing.”

After each phase, the singles who fail to connect with the mystery suitor are whittled down, leading to the dramatic and highly anticipated reveal, when the two remaining singles finally meet the mystery suitor for the first time who presents their romantic proposal.

THE PROPOSAL is a Warner Bros production for Channel Seven and will premiere in 2019. For THE PROPOSAL audience tickets, head to www.theproposalaudience.com.au

Shame to see him wasted on this show IMO.

Is this show going to be a live show like Take me Out? The words tickets suggest it sounds like a studio based show.

From the first meeting to a marriage proposal, an Australian love story in just one hour …

Meet Jess:
I’m a single mum of two beautiful girls. You don’t think that you get to this point in your life and not have a partner.
I may not have many material things to give, but I have a lot of love. I have a lot of love and I think that that’s enough.
Now’s the time for me to find my life partner. It is my greatest dream to get married. I’ve always wanted to get married.
I’m looking for the one, I’m looking for my husband… 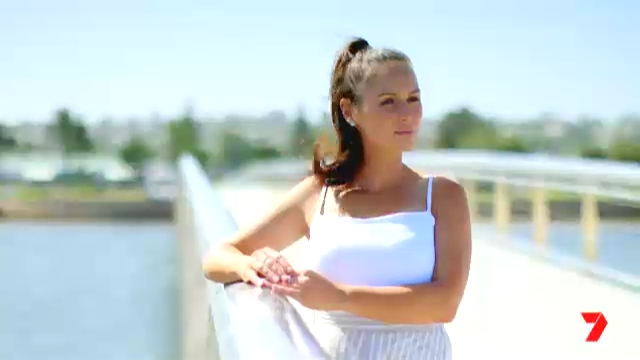 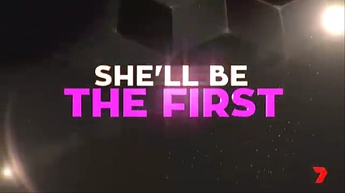 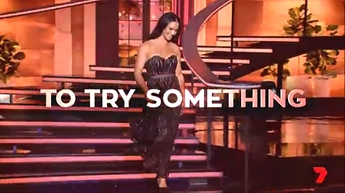 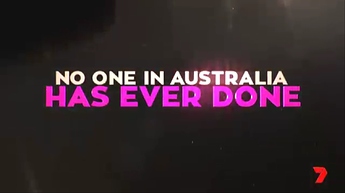 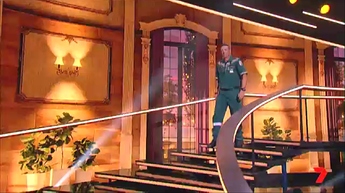 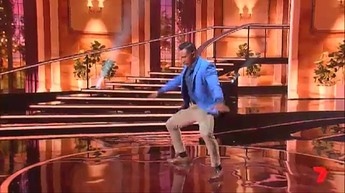 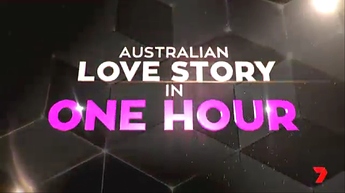 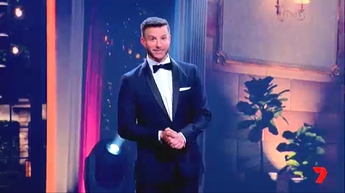 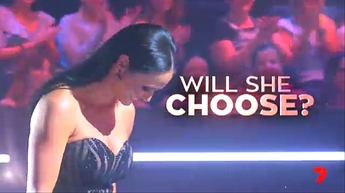 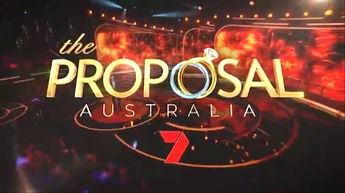 I quite liked the feel of the promo when it aired last night. Had a bit of buzz about it… or was that just Luke Jacobz?

Seven have just dropped the first episode for preview so must be “coming sooner”.

Looks like the set was recycled from Take Me Out.

Interview has its season finale next Tuesday night, so it’s possible The Proposal will premiere the week after.

TV Tonight has a detailed review of the first episode. Sounds like a combination of Perfect Match and The Bachelor.

How long is it before you know you want to spend the rest of your life with someone? A week? A month? How about an hour!

From the producers of The Bachelor, Channel Seven’s bold new series THE PROPOSAL rewrites the Australian love story – first impressions to a marriage proposal in just one hour. But, will they say yes?
Hosted by LUKE JACOBZ, this wild and romantic adventure speeds up the traditional path to marriage that traditionally takes months or years.

The romancing gets underway during the first impressions round when singles introduce themselves to the suitor/suitress declaring why they would make their perfect fiancé. Personality quirks, jobs, interests, dreams, goals, pet hates and passions are offered up as the suitor/suitress learns more about their potential partner.

After meeting the eight singles, the mystery suitor/suitress has a tough decision – they must nominate six singles they would like to get to know better, sending two singles home immediately.

Next, the remaining six singles dare to bare their bodies (as little or as much as they choose) and souls on the beach date, revealing something deeply personal. At the end of this round, four singles are chosen to progress to the next round.

The third round explores ‘deal breakers’ - the hot topics that can make or break a relationship; sex, money, family and religion. The four remaining singles answer the mystery suitor/suitress’ most pressing and confronting questions before one single is asked to leave.

In the fourth round, the three singles strive to secure the all-important seal of approval from the mystery suitor/suitress’ most trusted family members and friends.

With the mystery suitor/suitress’ life-long happiness at stake, family and friends pull no punches covering off everything from finances to fidelity and baby plans! Only two singles will progress to meet the suitor/suitress face-to-face.

In a dramatic reveal, the two remaining singles finally see the suitor/suitress for the first time. The moment of truth has arrived, and a marriage proposal is presented. Will it be accepted?

THE PROPOSAL is a Warner Bros production for Channel Seven.

Episode 1: Single mum Jess is matched with eight single men all vying to leave as her fiance.

Meet the women and men taking the ultimate chance on love: 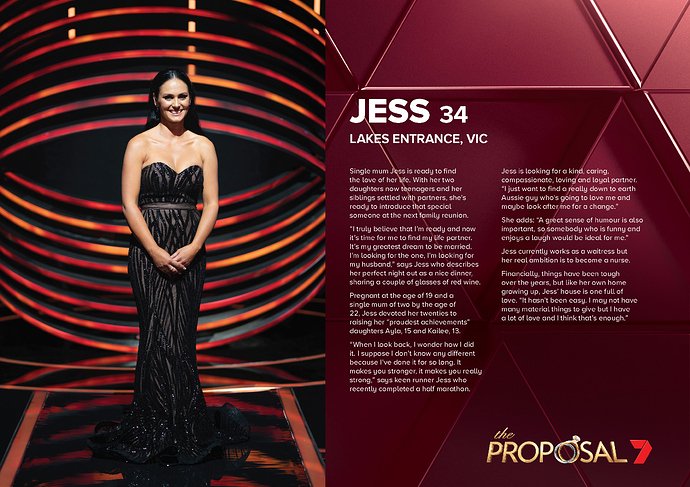 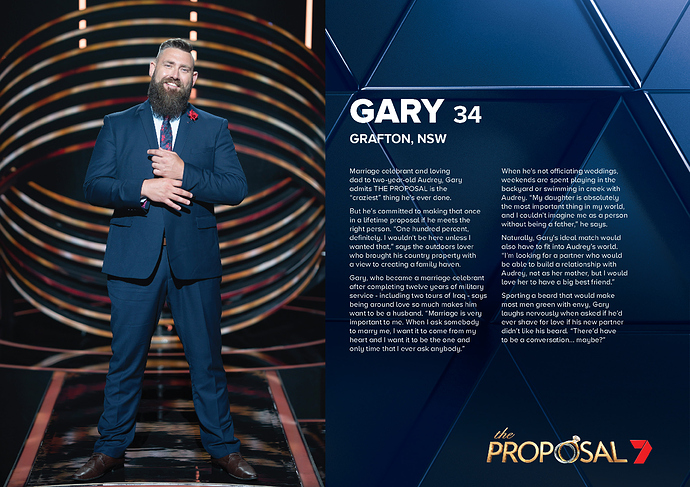 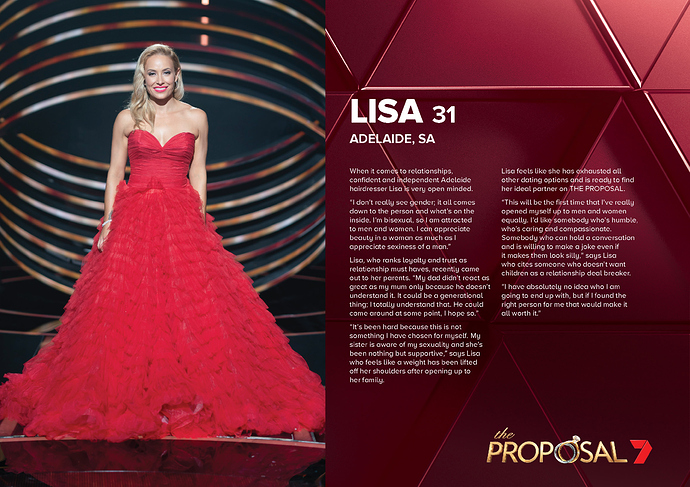 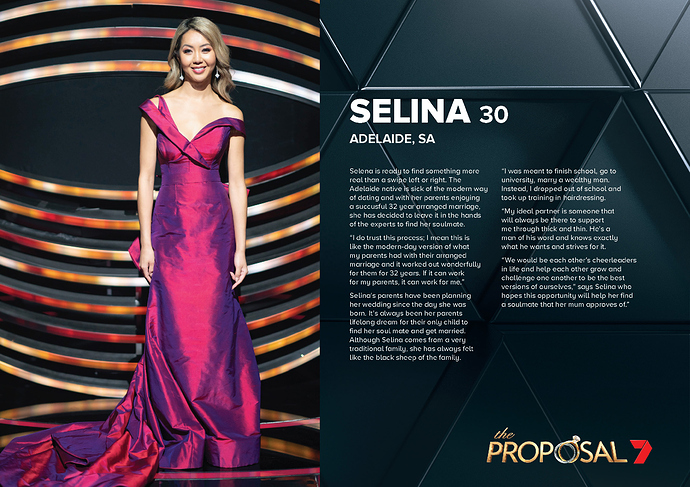 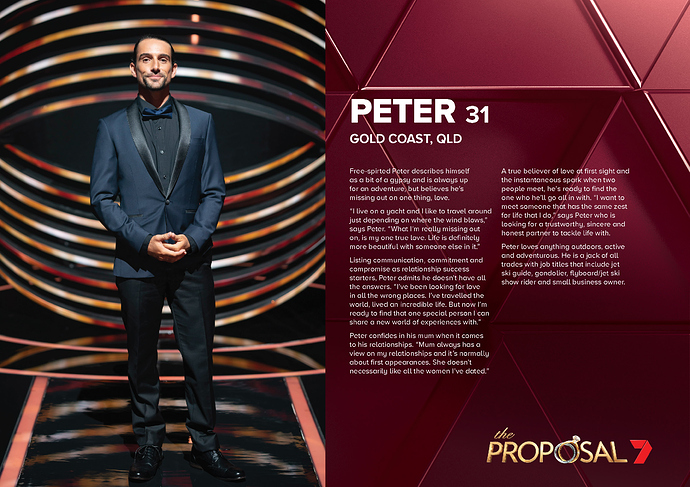 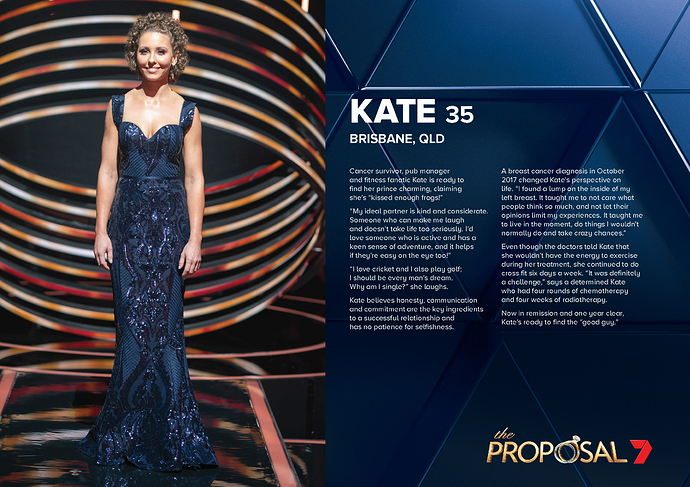 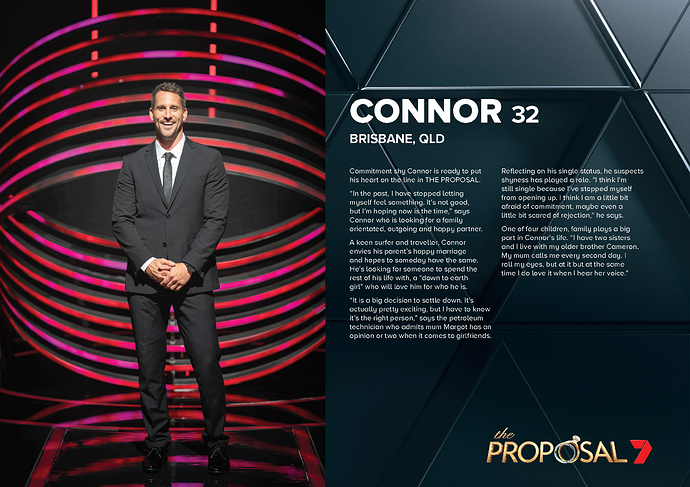