Isn’t it the same as used on other CG sessions but it’s in the orange colours for Sunrise? That’s what makes it gawdy… it’s too dark… could’ve been a lighter orange and yellow perhaps.

I would have done a white background and subtle rays.

With the studio already being so dark the dark yellow and orange in these images make it worse.

Sunrise opened at 5.30am with breaking news of the death of Dame Olivia Newton-John, before the pre-recorded opener. 6am opener featured Olivia.

Sunrise made Vanessa Amorosi cry. She said she would get emotional but they still went again at her about Olivia after speaking about the Commonwealth Games… @sunriseon7
An emotional Vanessa Amorosi, who performed with Olivia Newton-John at the Sydney Olympics, has paid tribute to the iconic singer just moments after coming off stage at the Commonwealth Games closing ceremony in Birmingham. https://t.co/9gJk5MFj0b
5 Likes
TV.Cynic August 8, 2022, 10:27pm #6966

Peter Ford came on around 6:30 am. Seven had a package voiced by Larry Emdur that they used multiple times across the morning. Unlike Today, they did manage to include other news of the day.

While the news is important it got to a point where i was about to turn off. I turned to Today and they were doing the same thing. If i come and watch at 8am i want to see other news as well and that didn’t happen.

Sure Olivia is an Australian icon there is other news happening. By all means cover it but not dedicate the whole show to it. Still have the news you normally would have on the half and hour. Sunrise did not do that at least when i was watching.

What a disrespectful post. Read the room.
Just because you have an opinion doesn’t always mean you have to say it out loud…

Come on man, breaking news is breaking news, no matter what the subject may be. They have every right to cover the story given the significance.

At 8am come out of the break, annouce the top news stories being Olivia’s death fair enough its important, cover it for a few minutes cover other news and sport as per normal and go back to the coverage at about 8:10am which is the general format of the 8am hour. Dont cover it the whole time and not provide other news stories that many tune in to watch at 8am.

And this being a media forum, most people here disagree with you. The sole focus on ONJ was warranted IMO.

Then you will and rightfully so will loose viewers. There is other things happening as well that should be covered as per normal. Sunrise and the media in general make this mistake frequently and it annoys me. I am not alone in wanting other news covered as well. Sure it is important not denying that but to cover it and nothing else on a program like Sunrise and Today is not necessary. Other stuff of great significance is also happening that needs to be covered.

Im not trying to be disrespectful this is my opinion other new should be covered as well to have for example the whole 8am to 9am hour dedicated to ONJ with many packages repeated earlier is annoying. I want other stuff covered as well. That’s why i turned to Nine saw they were doing the same and gave up. I would not have been the only one to do the same. The media become obsessed about certain things and forget about other stuff. That is a problem that should be fixed. Acknowledge that people also want other stuff covered as well i don’t think that is disrespectful to ONJ in any way.

Each to their own. However, I, like many other Aussies, turn to Sunrise for Breaking News as I know they do it well. I would have been disgusted if it wasn’t focused on ONJ. If it was a day or two later, then fair enough. But this morning, Most Australians were waking up to the shocking news and wanted coverage of that.

Sure not denying that but i also want other news covered as well.

ONJ warranted wall to wall coverage but theres still a news to give even a few minutes to other stories as well.

Unlike Today, they did manage to include other news of the day.

They did say that it was “a special edition of Today” 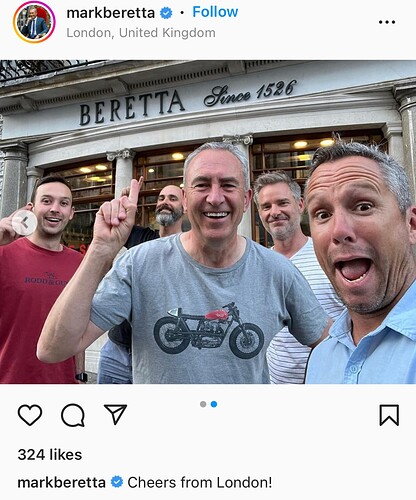 Monique Wright is doing news, sport and entertainment this morning.

Just a note on the ‘other stories’ narrative. And I’m not having a crack at anyone I just wanted to add my 2c.

There are always other stories you could be covering, as there always are on other big event days (bushfires, September 11, Diana, London bombings whatever) - but the coverage given to the main story is commensurate to the impact of the story. You reduce the amount of time you devote to the big story, then you are reducing its importance in the eyes of the viewer. You’re the newsmakers - you’re telling the audience how important this story is. Sometimes there really is just one story worth covering. In my honest belief, this was one of those occasions. As @NewsWeary alluded to, her death is bigger for a certain generation but it’s really quite hard to describe how big she was and in turn how big Grease was as well for a vehicle outside of her native country to launch her into the stratosphere. A genuine superstar and her death deserved to dominate coverage. These identities only die once, it’s important you do it right.

Sometimes there really is just one story worth covering. In my honest belief, this was one of those occasions

Worth noting that the first hour of Sunrise had extensive coverage of other news stories. There was a full news report as well as multiple cross to discuss Comm Games and show the closing ceremony plus a cross for a weather report as per the caps above.

It was Today that stuck to the one story.