Kochie is returning from holidays on Monday.

Big ratings (and win) for Sunrise yesterday, capping off a good week for them.

The rumours about Kochie’s future on Sunrise are swirling as he negotiates a new contract. Private Sydney: Is the sun setting for Kochie on the Sunrise couch?

It's a question being asked around the corridors of Channel Seven, with the 62-year-old and his agent, Sean Anderson, deep in negotiations with Seven bosses for a new contract, said to be worth up to $1 million.

Koch leaving Sunrise will impact both parties. TBH, Koch won’t get another on-air role for Seven News (maybe as a Finance Editor) and, without the publicity, the popularity of his AFL and financing career will, therefore, suffer.

Sunrise, as I mentioned about a week ago, would be stupid to push Koch out. On the days I checked, Sunrise had substantial daily wins last week, on Koch’s return ( reaching over 300,000 on some days and more than 40,000 ahead on Monday). And, the last time they changed the line-up, last year, the ratings suffered. Probably not a wise move not to accept his four-day contract.

The article mentions that Basil Zemplis, Michael User and Matt Doran are tipped as replacements, however, I think Mike Amor should be thrown into the mix (you never know, he might want to return to Australia). Interesting that Andrew O’Keefe was away again today.

As great as it would be for Matt Doran to get a permanent role, I’m secretly hoping that he doesn’t so that he can be lured back to Ten at some point

Although this would be great, I personally don’t think Baz will take up the position. Because his AFL commitments will get in the way, having to wake up during the week at 3am then commentate the AFL on the weekend allows for no balance between work and life. Plus he is too well liked in WA and everyone would miss him on the news.

Sydney is one market where Today is consistently in front of Sunrise. Would someone more linked with AFL audiences be a good choice?

Sydney is one market where Today is consistently in front of Sunrise. Would someone more linked with AFL audiences be a good choice?

Aside from the few people who watch the AFL coverage on 7mate and/or who’ve moved over here from Perth in recent years, I don’t think anyone in Sydney would even know who Bazil Zempilas is!

Kochie will get his contract, Seven will cave, he’s too vital.

Fridays will rotate between the aforementioned three.

(Zempilas is too important for Seven News Perth and the AFL, let alone his whole family in WA, so no. Michael Usher I doubt it. Matt Doran just started at Sunday Night, where he belongs and excells).

Typical media trying to make a mountain out of a mole hill!

I don’t think anyone in Sydney would even know who Bazil Zempilas is!

You don’t give Sydney-siders much observant credit do you?

Plus many other appearances.

Many would at least know the name.

You don’t give Sydney-siders much observant credit do you?

Plus many other appearances

Agreed that Basil wouldn’t fit on Sunrise, think he barely fits on the AFL coverage myself (but that’s a whole other story). Would like to see Matt Doran in, but I can’t see that happening full time. 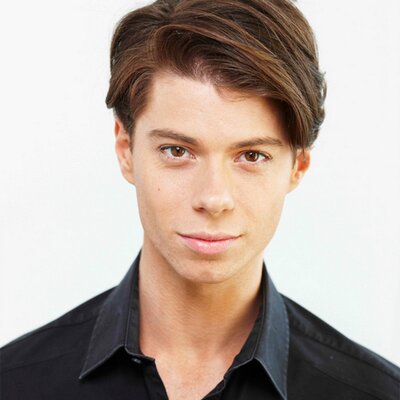 Sam is doing entertainment Monday and Tuesday this week. 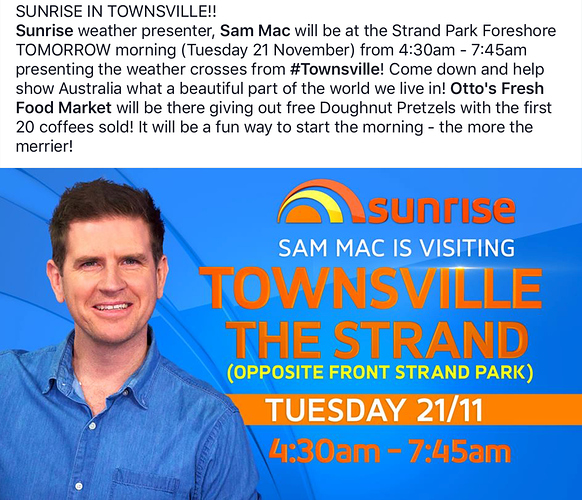 A major announcement this morning, that “you will be happy about.” Two likely options:

Graphics won’t change, I think we have them for quite some time!

They’re going around Australia next week for their 15th year

They just refuse to visit WA don’t they.

I know it’s awkward with the time difference.

But they’ve been to the US more times than Perth I reckon.