The first of the Married At First Sight specials combined with the return of new 60 Minutes helped Nine to a big win on Sunday night. Nine won all markets except Perth as well as the key demo groups. Seven won in Perth but finished third in Adelaide.

The Winner’s Announcement of I’m A Celebrity, however, managed to beat the reunion to be best entertainment show of the night with the rest of the final also doing well. The Celebrity final was up of last year that had 887,000 and 810,000 and was the show’s biggest result since 2016.

The MAFS special rated significantly lower than episodes of the series have in the past several years though one episode of 2018 had 835,000.

The two session of the BBL knockout were just under 500k for Seven.

60 Minutes delivered some good numbers for Nine as well while The Sunday Project was over 500k at 7pm.

Interesting numbers for MAFS. They wouldn’t want the next season to premier to those numbers. Viewer fatigue starting to appear it seems.

Interesting result in Perth where Grand Designs (boosted by ABC News lead-in which was No.2 program in the city) won its timeslot just ahead of I’m a Celebrity and MAFS.

Coverage of the start of 5-day lockdown in Perth and south west WA saw ABC News having three entries in the multichannel top 20. The debut of Wild Bill just made it to the list as well.

interesting numbers between I’m a Celebrity and Married at First Sight. No surprises though with people tuning into Im a Celebrity to see who the winner was.

Both Celeb and MAFS did well but both were still a little below what I was expecting. I thought both would be around the million mark but I guess MAFS did it’s job in being competitive against the Celeb finale. I think MAFS will probably grow tonight.

I’m A Celebrity… Get Me Out Of Here! The Winner Announced:

I’m A Celebrity… Get Me Out Of Here! Grand Finale:

I’m a celebrity Winner announced just beat MAFS.
Channel 10 should be very proud of the numbers over the summer. Without the summer of tennis, I think 10 made the right decision to air I’m a celebrity over summer.

I take it that Landline result in Perth on ABC News channel was when the news broke about the lockdown? Regardless, huge. On par with a prime time 7mate AFL game.

They wouldn’t want the next season to premier to those numbers. Viewer fatigue starting to appear it seems.

We can only hope.

Yes, and would be ranked number 16 on the top twenty if you added the audience on the ABC News Channel. 385,000. Not bad for a Sunday morning show.

Big figures for Landline are, of course, for the WA lockdown announcement

Whoever read the Nine late news last night is now the most watched newsreader instead Alicia Loxley? 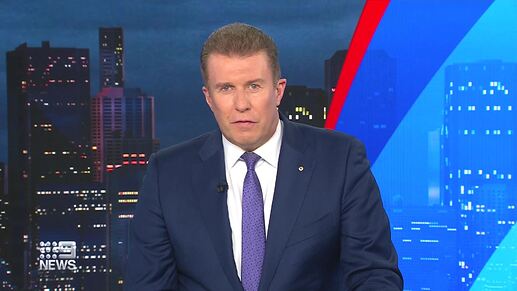 Interesting numbers for MAFS. They wouldn’t want the next season to premier to those numbers. Viewer fatigue starting to appear it seems.

Even though I hate the show, I’m hesitant to draw that conclusion based on a reunion special. Indeed, I would argue it actually did quite well considering a) What it was up against and b) It didn’t get as much promotion as the regular season does/has.

If it pulls similar numbers or improves tonight, think it’ll be a sign that the show will perform very well when the actual season starts. Don’t forget that in the past few years, MAFS has started ‘slow’ during the ‘wedding’ phase before really getting going when the dinner parties (and hence the drama) begin.

Wonder how the first day of the pre-Aus Open tennis events did on Nine during day time?

Whoever read the Nine late news last night is now the most watched newsreader instead Alicia Loxley?

Either way, I’m not sure if I’ll ever understand what so much of the general population finds appealing in Married At First Sight. The dramas are manufactured (or at least I really hope they are), the relationships are toxic and it’s just not good TV in general - at least going by the bits I’ve been subjected to via the promos and reviews on Gogglebox.

Sad that Sydney viewers remained loyal to Nine by making the first part of MAFS’ Grand Reunion Event the market’s #1 show of the night though.

Those Sydney news numbers still remaining tight, even though Nine is still winning. About a ~10,000 difference, not too bad (I assume Fergo was hosting).
Seven News Adelaide needs to up their game on weekends now, considering Nine won by a considerable margin on Saturday.

Boy oh boy, gee whiz… What a surprise (not!) LOL