All eyes were on Sven for the launch of Plate of Origin but ABC was the big surprise with its highest Sunday share of 2020 and its best network result since May. Seven dropped over 2 share points with Nine down almost two as well. Not much joy for 10 though.

Nine won all markets except Perth that went to Seven. Nine blitzed the demos.

The Block’s first reveal was strategically coded as two programs by Nine making comparisons difficult – 943,000 for the bulk of the program with 1.016 million for the winner announcement. The first reveal of 2019 had 995,000.

Plate of Origin got off to a modest start with 667,000 – that compares to 908,000 for Farmer Wants A Wife and 862,000 for Big Brother debuts. The question is how many were just sampling and how many will return tonight for more.

Family Feud lost even more viewers to just make the top 20. Stand out performers were ABC dramas - both were season highs for their timeslots for 2020.

WTF is going on at 10? Should never have FF on Sunday’s. It cannot anchor a night and gave POO a chance. POO lived up to its acronym it seems. I didn’t even know it was on.

10 could also be paying for its diabolical decision making. Viewers are avoiding the network like the plague.

Why is 9 coding Block separately? That is a nonsense.

Why is 9 coding Block separately?

Modest ratings for the debut of Plate of Origin despite having two former MasterChef judges on board and blanket promotions in recent weeks.
Seven News was edged out by Nine News in Melbourne despite having the AFL lead-in (a great match too between traditional rivals Carlton and Collingwood).
Not sure why Nine had to split The Block reveal episode into two, as it served no real purpose.
10 should be worried with Family Feud’s ratings given there are seven more episodes to go.

Silly having the Block having 2 codes.

Plates of Origin did well.

Not a great start for POO with little competition. Expect it to drop off tonight with Masked Singers and ABC’s strong Monday in the mix

That is not a great start for Plat of Origin. Seven’s lowest new reality launch this year - by 200,000. The show has some of the biggest cooking names in Australia as judges and the show has received blanket promotion across not just Seven but radio promotions for several weeks. Probably the biggest disappointment was the low Melbourne audience, a market that tends to like cooking programs, delivered its lowest ranking. ABC’s main channel outrated Seven there as well as Sydney.

I think MKR flopping and the new Masterchef judges being so well received were a sign that POO had its work cut out.

Plate of Origin didn’t do too bad, however it managed in TOp 5 in young demos. I still think that they need more time to develop the show.
I was so worried about Family Feud ratings in its 7:30pm timeslot last night. Last night’s episode rated much lower than last week’s episode. This is not looking good for Sundays on Channel 10.

Outside the top 20 were

The Block - Room Winner was a dominant timeslot winner across the 5 City and in Sydney Melbourne, Brisbane and Adelaide.

The Block was a dominant timeslot winner across the 5 City and in Melbourne and Brisbane.

9News Sunday was the No.1 program of the night in Sydney and Melbourne, and the No.2 program in Adelaide.

A very soft start to Plate of Origin for Seven.

With 250k metro viewers last night (less than Weekend Sunrise and just 10k more than what “The Block: Room Winner” received in the Sydney market alone), I’d be willing to predict we’ll be seeing “Bumped: Family Feud” as a headline on TV Tonight very soon!

Ouch for a Grand Final of one of the four major football codes. Was this even shown on FTA anywhere?

A delayed telecast was shown on ABC ME where it was below 240th ranking in total people and key demos. 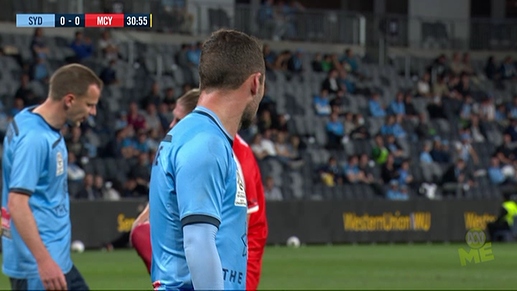 ABC ME got 0.6% share last night, compared with 0.3% last Sunday, partly due to the delayed telecast of the A-League decider.

What a woeful night of TV…

POO launches very softly - I watched a bit of it and thought it was horrible - very tacky, glossy Seven Studios production the only good thing about it was that I didn’t have to see Pete Evans smug face on TV.

10 would be better off airing movies on Sunday given how poorly Family Feud is performing.

Weak launch for Plate of Origin given that there was no competition on Ten. I predict it will drop tonight.

Weak launch for Plate of Origin

Ten have tried with the feel good Family Feud but it simply has not worked. No interest whatsoever.

10 basically gave 7 and 9 a free kick last night, and Poo is DOA which enabled block to post stronger than usual numbers.

Poo is going to really struggle tonight, and so it should. Its hot garbage. Wrong format, wrong style of production and too similar to MKR in alot of ways.

Perhaps 7 can buy another left over to fill the gap next year.