Nearly all networks had some good news from Sunday’s numbers – with Seven perhaps the exception.

Nine won overall, up on its usual Sunday result with Ninja Warrior averaging over 500k for its +2 hours. 60 Minutes that followed was a timeslot winner with 364k.

10 also found success with MasterChef posting its highest rating so far this year for the start of Finals Week and the network lifting above 20%, rare for a Sunday.

The debut of Mystery Road also did well for ABC building on its lead in.

Meanwhile Seven won the news battle while Spotlight was up on the last two weeks while SBS’s night featuring the Tour de France was up on it usual Sunday share.

10 did well to retain the majority of its audience between the 5pm and 6pm portions of news, which likely helped the 6:30 portion of The Project.

10 being rewarded there for some pretty uninspiring programming there on Peach.

Another stupid rights deal. Half the people that perhaps who could’ve potentially tuned in if it was on FTA wouldn’t have known it was on or where to find it.

It got about half the audience of a Big Bang Theory marathon - I wouldn’t say that is a great result.

Nine did best in Sydney and Brisbane with +30% shares while also winning Melbourne. Seven won Adelaide and Perth. In both markets 10 was second including the number one channel in Adelaide. Nine won the key demo with 10 second.

Lead in program per market

These ratings numbers for a Sunday in the middle of winter are sad to say the least. That you can get into the top 5 with just over 500k says it all.

Yes, I noticed that as well . Though possibly the average for the footy might be lower but more people are watching towards the end of the game?

These ratings numbers for a Sunday in the middle of winter are sad to say the least.

It shows that linear FTA isn’t providing any compelling viewing options. Seven had an episode of Border Security in primetime FFS.

It was a new episode last night.

It was a new episode last night

How can you tell? 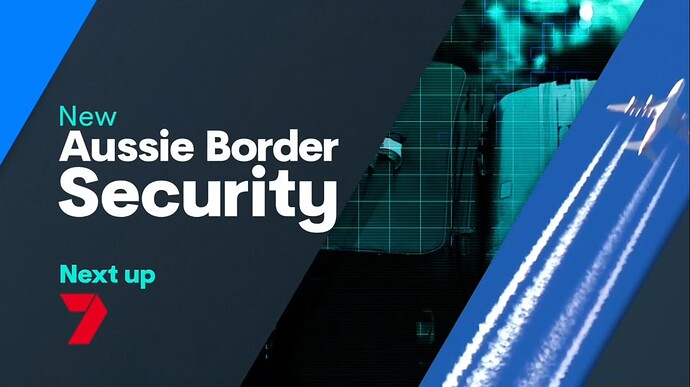 I meant that the “plot” seems to be the same every episode.

Same could be said of most of Seven’s prime time 2022 product. I’m more likely to watch a 30 minute factual than another 90 minute instalment of a reality series format recycled from 20 years ago.

Speaking of which, what is the name of their recent one where we hear emergency calls? Is it just called Emergency? I’ve caught a couple of episodes recently (after midnight) and it’s actually quite engaging.
Shame it wasn’t successful.