Another comprehensive win for Nine winning all timeslots pot 6pm with its best Sunday result of the survey. Nine won all markets and all key demos where it achieved +40% shares.

Married At First Sight hit a season high with its second result over 1 million for this season. 60 Minutes that followed made the top 5 with the encore of Under Investigation later also winning its timeslot.

Seven’s Ivan Milat special had 481,000 well below similar 7Presents specials while The Amazing Race on 10 was equal with the previous week.

Disappointing ratings for the Ivan Milat special, considering promotions had been going on for the past three months or so.

7flix’s overnight share went up by 0.7% from last Sunday thanks to Ultimate Tag (which was bumped from the main channel). The show itself got less than a quarter of the audience from last Tuesday’s episode.

Nine continued its Sunday win thanks to MAFS, 60 Minutes and Nine News.
Disappointing ratings for Ivan Milat special given the promotion of the show for the past three months

And the number 6 show of the night… a Sunday… is under half a million.

Realistically though. How many times can you keep remaking a doco about the same subject before the audience tires of the subject?

I’m not sure any of what was in the Milat special was new information. The cases mentioned have been linked to him in the past. Perhaps there will be significant new information exposed in part two but I think people have become weary of seeing psychopaths getting attention for their heinous crimes. The stories of people like Milat and those involved in the “Underbelly” saga have been told and re-examined time and again.

I watched on catch up because a family member had alerted me to a missing persons case featured in it involving someone with a loose connection to us. Milat’s involvement has been suspected since his arrest and it became known he frequented the area. There’s always hope retelling the story with shots of the area where it happened will jog someone’s memory and bring closure to family but it has been done many times before.

So no world headlines? 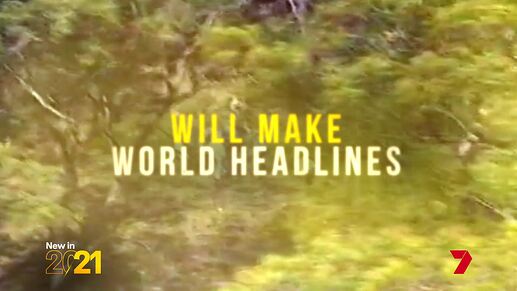 Outside the top 20 on Sunday included

Weekend Sunrise was +50,000 ahead of Weekend Today.

I think people have become weary of seeing psychopaths getting attention for their heinous crimes. The stories of people like Milat and those involved in the “Underbelly” saga have been told and re-examined time and again.

No surprise that the return of NRL, the latest COVID developments and the “Autumn weather” switch finally being turned on in this metropolis brought Sydney viewers to Nine News and MAFS last night. Average ratings for just about everything else though.

Realistically though. How many times can you keep remaking a doco about the same subject before the audience tires of the subject?

Especially when there’s already been many Ivan Milat documentaries produced/commissioned by Australian TV networks over the last 25 years or so. Even if compelling new evidence was found, Milat has been dead since October 2019 so there’s no chance of a trial or anything (other than possible closure to the families of victims) as a result.

MAFS is going from strength to strength. I thought last night might put an end to all of the drama with Coco and Cam leaving but from the promo’s it looks like there is plenty more to come.

The Amazing Race has really fizzed out. I don’t think an episode has rated above 500k in overnights in 3 weeks now.

10 News hammered in Brisbane (and rightly so) for the playout mistake that saw the 5pm news commence with no opener and go straight to the national weather report.

After shocking news numbers in the Sydney market, Nine News has literally leaped up to 300,000 - a 100,000 lead over Seven News Sydney…

Even being a weekend, Nine News QLD has managed to beat Seven News Brisbane by a bit over the hour.
Nine News Adelaide continuing routine weekend winning.

Also something to note, Seven News at 5 lost in nearly every market to Nine’s 5pm news, the exceptions being Sydney and Perth.

Its so sad to see, but free to air tv is dying.

Do we need to have Chicken Little post about FTA TV dying, every week?

Do we need to have Chicken Little post about FTA TV dying, every week?