I don’t get the Prime7 news sets.

The “local” sets are red and look like a fake Hong Kong geometric skyline.

And the “national” set is a Sydney skyline even though it is live from Canberra?

the sydney skyline is only used for updates

Prime7 News at 6.30pm is pretty much just their attempt at representing and condensing Seven News Sydney into 30 minutes. Why they don’t add some of those “generic regional issues” stories (usually with Kathleen Curry reporting from Sydney) into the 6.30pm bulletin than trying to pass it off as “local news” at 6pm is beyond me.

Of course, I completely agree with your comments. Using a Sydney skyline when the bulletin/update is produced from Canberra and broadcasts to the Wagga, Central West, North West and North Coast regions of NSW? How on earth does that make sense?

Reminds me of the time Seven News Perth titled their Sports Headlines, “Headline”.

With WIN News facing an uncertain future after losing the Nine affiliation, and the likelihood of SCA not having proper local news bulletins under their new Nine affiliation, at least initially, this would be the perfect time for Prime7 to (re)launch its Canberra news bulletin in the 6pm weeknights timeslot, followed by Prime7’s own national bulletin at 6:30pm. This would give Prime7 an hour head-start to the local ABC News on being first for local news in the nation’s capital, especially given that the ACT will be having a territory election this October.

It’s also worth noting that this year marks 15 years since Prime axed its local news bulletins in Canberra, Newcastle & Wollongong.

With WIN News facing an uncertain future and SCA likely to maintain the status quo under a Nine affiliation, I personally really hope that Prime7 will take advantage of a golden opportunity by relaunching local news services, especially in Canberra and the Illawarra.

With the right promotion/marketing and some familiar reporters from WIN News (heck, maybe even try and get a certain ex-WIN News presenter who would be familiar to viewers in Canberra and the Illawarra to present the new service for those markets!), I think that a relaunched Prime7 News could become successful.

But unfortunately, somehow I can’t see that happening anytime soon because regional TV networks are generally cutting back on local content rather than expanding it at the moment.

I don’t know much about Prime, but am I correct in saying that Prime7 News is filmed and produced in Canberra, but doesn’t actually have a bulletin there?
That seems really odd

Yep, that’s correct. All of Prime7’s full bulletins are produced in Canberra, yet the region itself only gets short news updates. Oddly enough, WIN currently produces a full local bulletin for Canberra produced out of Wollongong!

Yep, that’s correct. All of Prime7’s full bulletins are produced in Canberra, yet the region itself only gets short news updates.

I think Canbbera does get extra updates though, don’t they still get morning and afternoon updates unlike in Victoria where we only get updates in between 7pm and midnight.

I’m honestly surprised that nobody’s mentioned the ever so slight graphics tweak (which was first seen last week on the North West/Coast bulletins, tonight on the Central West/Wagga/Border bulletins) made to Prime7 News. Basically just some new headline transitions, shrinking of the supers and maybe one or two other things.

Has anything similar been seen on the “Noodle” Updates in non-full bulletin regions yet?

Interestingly, it seems that there will be a Prime7 News Federal Election Special airing at 6pm on Sunday night in lieu of Seven News.

I don’t know if this will air in all Prime7 regions or just those where the network airs local news and I certainly have no idea whether or not this will make it online. But judging by the promo that was included in tonight’s YouTube uploads of full local bulletins, Kenny Heatley and Freya Cole will be presenting this. 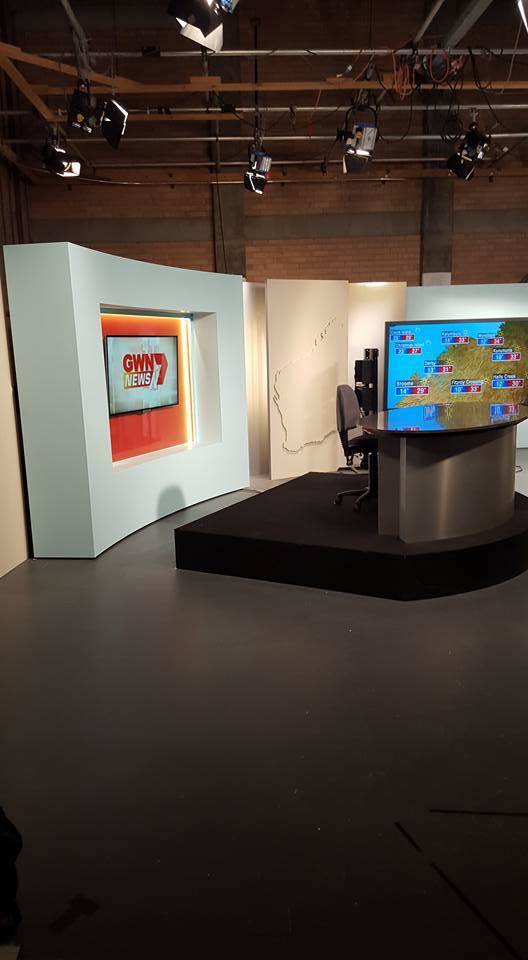 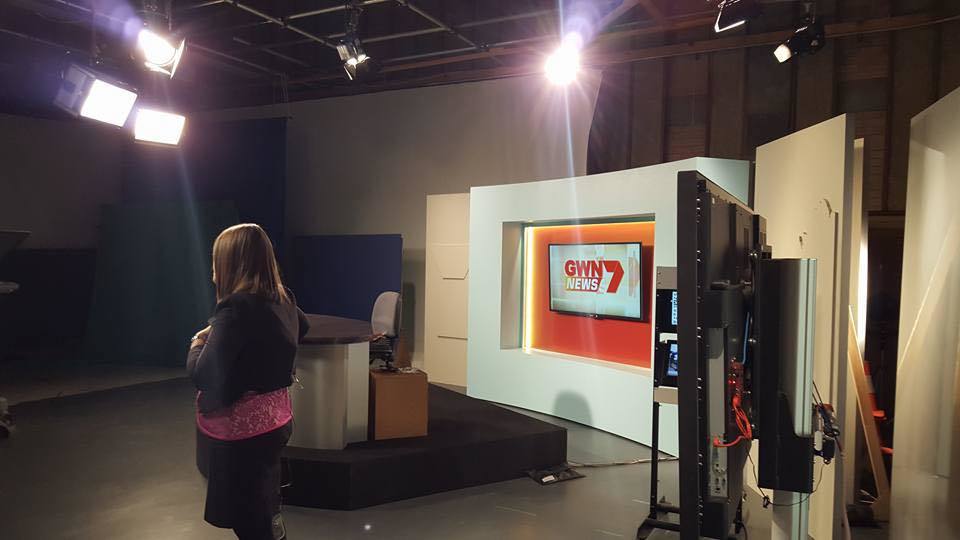 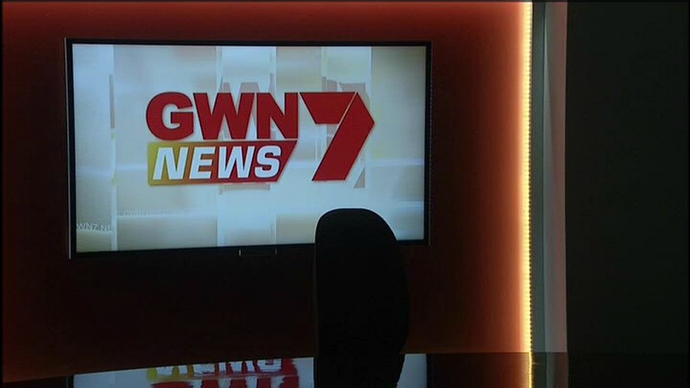 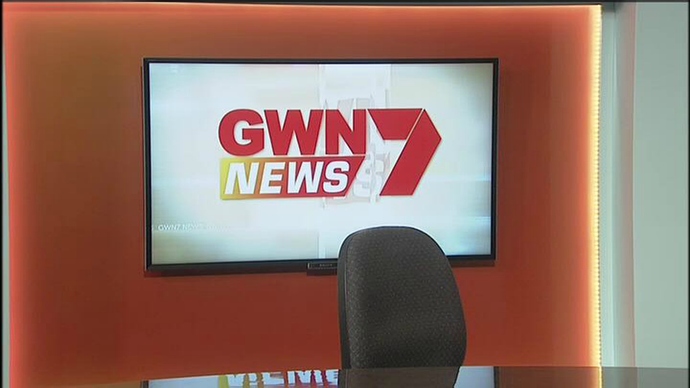 Pretty ordinary looking set, looks like they’ve got quite a lot of space to work with there. A new stage with desk and some lighting changes wouldn’t go astray.

I noticed that Prime7 in Victoria no longer has its first weather report done in the first commercial break of 7 news but its been pushed back to the last commercial break. This is the first time I have seen this but it was read out by James Tobin which was on location somewhere in Ballarat, according to Prime7 FB page the night before it was done from Bendigo I am guessing he will move around each night The weather graphics where somehow plagued by glitches and only the western half of Victorian weather temperatures got shown. All other news and weather updates where read out of Canberra but its nice to see Prime doing something a little different and I think moving the weather update into the 2nd half hour with a more local feel is a good move expecially with Win News moving to 6pm 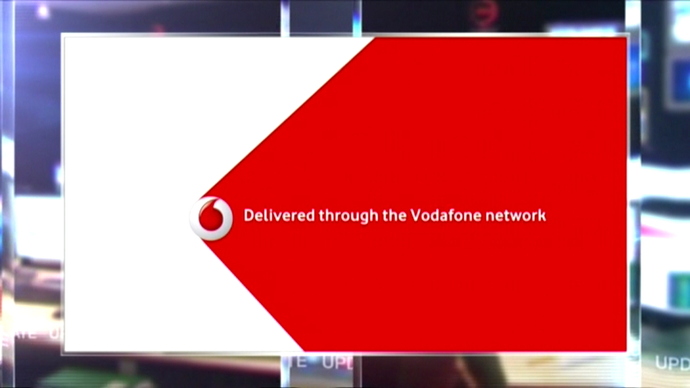 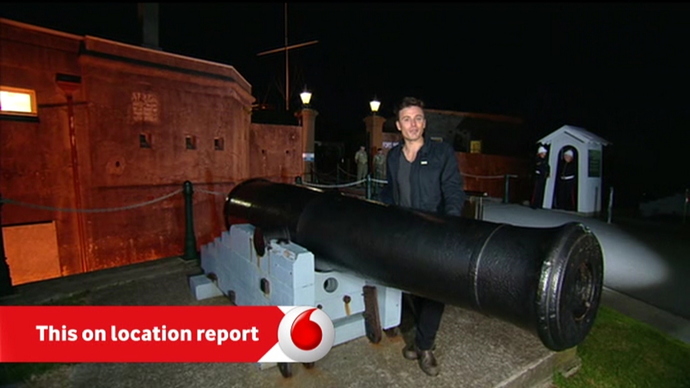 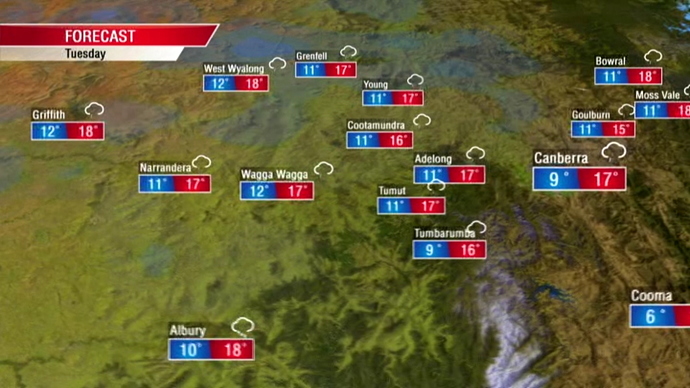 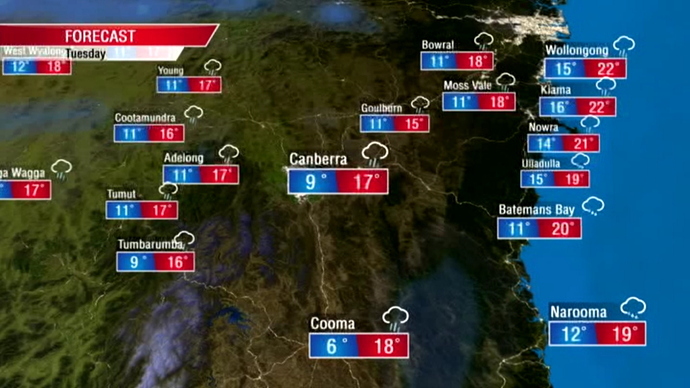 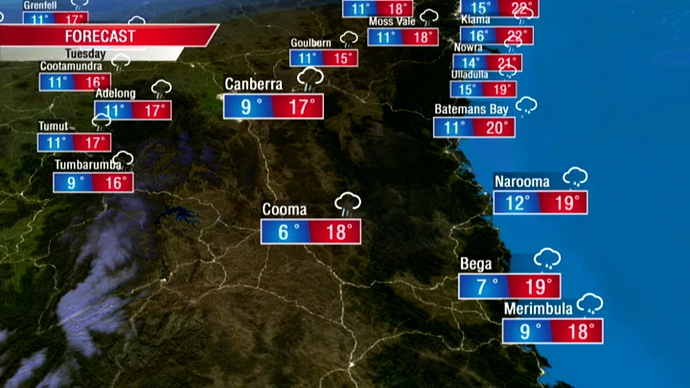 Those graphics are bloody awful.

How long has James been doing the weather for?