Tom Browne needs to remember he is a journalist not a Collingwood supporter. Glad the other bloke called him out for his sulky biased attitude towards his beloved pies. He will be all over Cats players and whatnot next week.

How’s this work in QLD?

Are they streaming these games on 7+ in the other states?

Yes they will be

Oop. No coverage of AFLW in QLD for Pies v Crows

How’s this work in QLD?

The AFLW is not airing in QLD.

They get Lions v Dees instead, later in the day.

The pair of Hamish & Darcy is not good. They both just yell & you can kind of hear Darcy losing his voice.

Should be on Flix.

Should be on Flix.

They have to show a Lions game at 4pm instead anyway.

Wow. People complained about Seven cutting away for the news right after the end of the game, but it could have been worse.

Because tonight’s game ran over its scheduled timeslot, Fox Sports 1 in the USA cut the broadcast with 51 seconds left in the game.
Americans who were watching the game are livid. 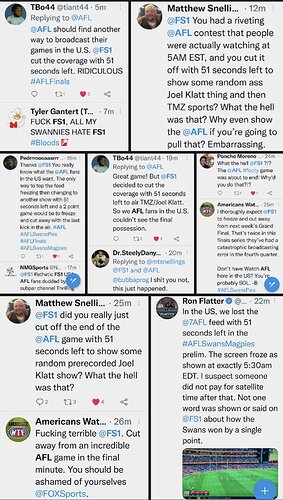 Americans enjoy their Aussie Rules as much as we do.

That bloke who live-tweets the games would’ve been losing his mind!

Because tonight’s game ran over its scheduled timeslot, Fox Sports 1 in the USA cut the broadcast with 51 seconds left in the game.
Americans who were watching the game are livid.

While I don’t want to risk drifting too off-topic, given Paramount apparently tried to convey the message that the AFL could work in the American landscape broadcast-wise on CBS during the pitch, perhaps they may try their hand at obtaining the US rights whenever they’re up for renewal, given they’ve shown interest.

Americans enjoy their Aussie Rules as much as we do.

Because tonight’s game ran over its scheduled timeslot, Fox Sports 1 in the USA cut the broadcast with 51 seconds left in the game.

American broadcasters are pretty strict when it comes to programs finishing beyond the scheduled time, but they also know that sporting telecasts will often go overtime (as shown by NFL and NBA matches on many occasions during the season).

I think FS1 ended the live telecast right at 5.30am EDT (7.30pm AEST) to avoid getting a fine, but it was unacceptable. I hope the replays during the week will include the last 51 seconds of the match.

I’d assume the majority of real American AFL fans and ex-pat Aussies over there have the Watch AFL app anyway. 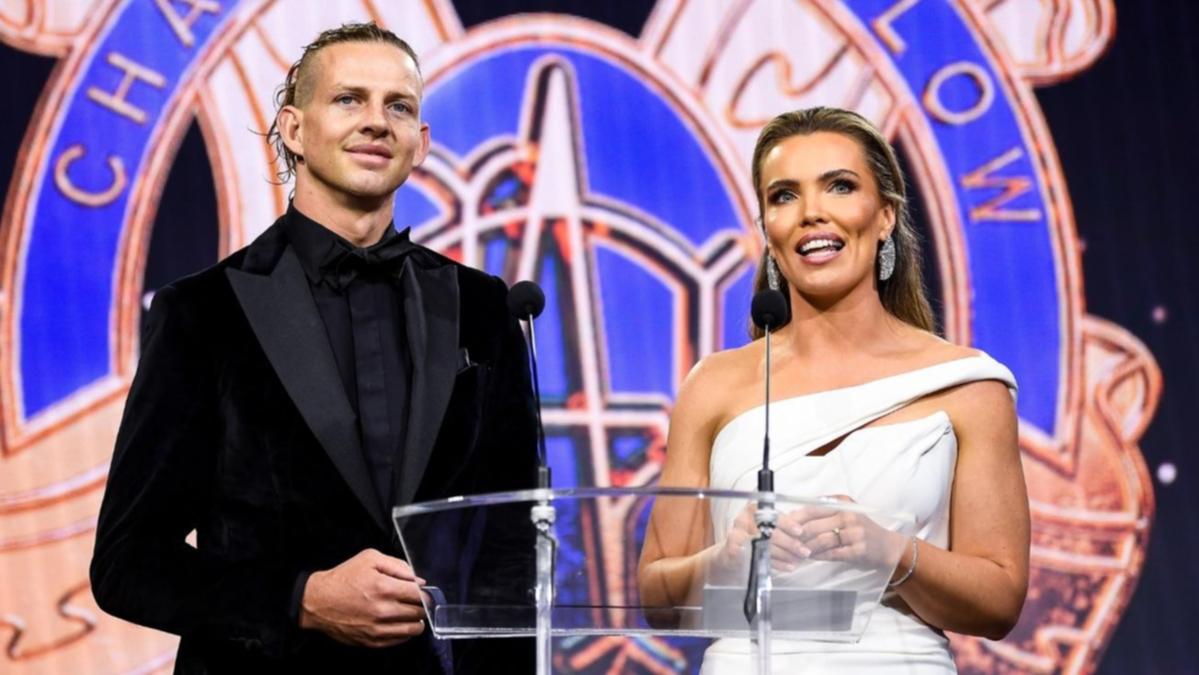 Check out all the details on how to watch the red carpet and the hotly anticipated vote count.