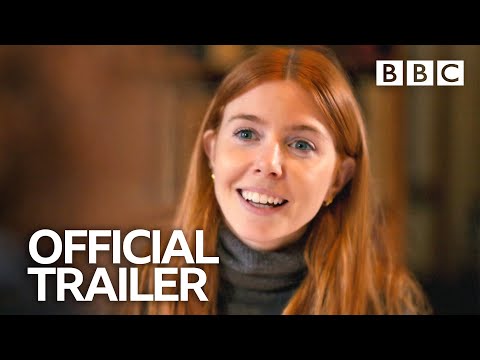 Over 26 million people have taken a DNA test in the past decade. This growing popularity in genetic testing has created worldwide databases that allows humans to ask questions previously impossible to answer - about our families, ancestry and health.

Stacey Dooley is meeting people across the UK who want to unlock mysteries hidden within their genetic code. Working with one of the UK’s leading geneticists, Professor Turi King, as well as genealogists, social workers and doctors, she’ll use the very latest DNA technology to reveal lost heritage, track down missing relatives, and detect debilitating diseases before it’s too late.

The Assassination Of JFK 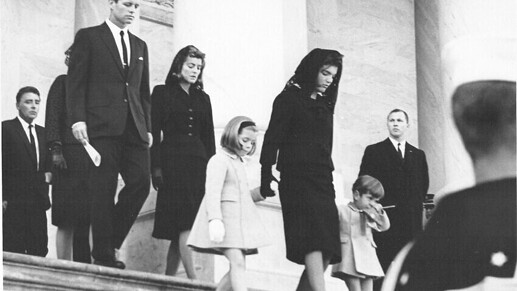 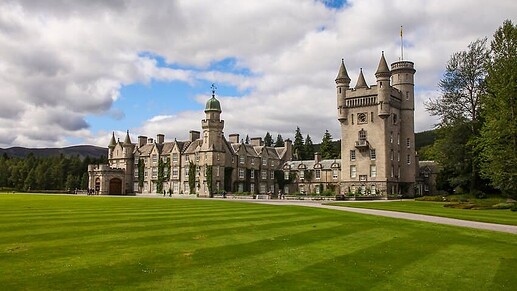 Balmoral has been the ideal retreat for Queen Elizabeth throughout her life. She loves the outdoor life and embraces many of the traditions that have survived since Queen Victoria’s time. One of these longstanding events is the annual ‘Ghilie Ball’ where staff and Royals dance together in the grand Ballroom at Balmoral Castle. But not all Royals have enjoyed their time at this royal home. In September 1936 Edward VIII had invited American divorcee, Mrs Simpsons to Balmoral for an ill-advised visit.

Season 2 will cover four hotels: The Plaza (New York), Bellagio (Las Vegas), Claridge’s (London) and George V (Paris).
While the first three episodes aired in May this year, the George V episode was not shown until last week, November 5.

SBS will be the only broadcaster to hold an in-person Upfronts, early in 2022. 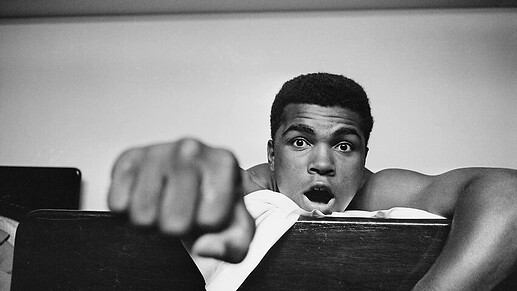 Muhammad Ali brings to life one of the most indelible figures of the 20th century, a three-time heavyweight boxing champion who captivated millions of fans across the world with his mesmerizing combination of speed, grace, and power in the ring, and charm and playful boasting outside of it. Ali insisted on being himself unconditionally and became a global icon and inspiration to people everywhere.

Muhammad Ali will begin airing on SBS, weekly at 8.30pm from Sunday, 28 November. Each episode will be available on SBS On Demand the same time as its broadcast. 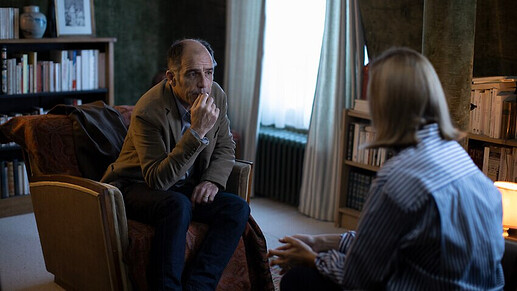 "We have made this decision out of our deepest respect for the culturally diverse communities," says production company.

The withdrawal came after a petition on change.org which fiercely criticised the work of comedian Chris Lilley, whose work, including the Tongan-Australian character, Jonah, “perpetuated racial violence,” with over 2400 signatures received.

International news bulletins will soon be leaving SBS and SBS Viceland. SBS is creating a dedicated free to air news channel next year, likely to be called SBS WorldWatch, that will feature international news content.

Considering a fair chunk of SBS and SBS Viceland’s schedules are currently taken up by airing the international bulletins, it’ll be interesting to see how both channels will fill the gap left when the bulletins move to the new news channel next year.

Would be cool but that would probably only be possible between 12-3pm because of its M clasification. Maybe they might get regular Countdown to complete their set.

Could be shows like Repeats of Railways Journeys, ships, Simon Reeve, Tony Robinson, Who Do You Think You Are? and maybe some international shows like Jeopardy, Hunting Hitler, Mythbusters, If You Are the One (

Yeah it was a joke, they run it on repeats often and it does well on multi’s but probably not the right fit to replace slots where they’ve moved news bulletins from. Fremantle announces Season 2 of Steve Backshall's 'Expedition' to launch in...

Fremantle announced that the 6 x 60' second season is set to air on BBC Earth for Asia and SBS in Australia. 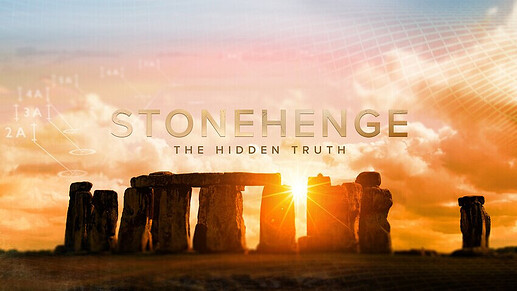 In this documentary, the discovery of a lifetime is revealed - a vast, previously undetected monument in the Stonehenge landscape that is set to rewrite history.

SBS will unveil its showcase in early 2022 with an in-person event.

Australia Uncovered, SBS’s strand of prime-time single documentaries exploring diversity and equality in contemporary Australia, is continuing with SBS now inviting proposals for projects to be broadcast in 2023. 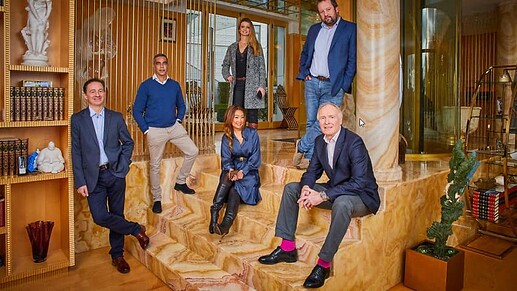 With the Coronavirus pandemic having seen a surge of super-rich buyers leaving towns and cities, the brokers set out to sell a property in Highgate, north London, that is on the market for 40 million pounds, as well the home of former Liverpool FC CEO Peter Moore on the Wirral.

Cher And The Loneliest Elephant 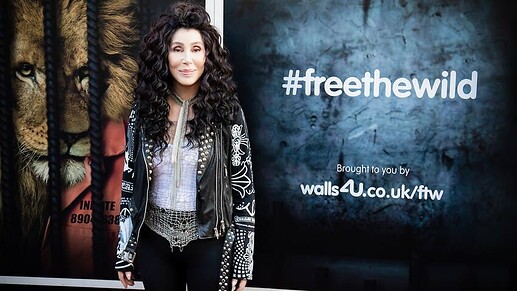 An incredible story in which superstar singer and actor Cher flies across the world during a raging pandemic to save a bull elephant from 35 years of suffered incarceration.

Cher And The Loneliest Elephant tells the incredible story in which superstar singer and actor Cher flies across the world during a raging pandemic to save a bull elephant from 35 years of suffered incarceration. This is a story of hope and dreams and testament to what we can achieve when working together. At a time when so many of us are feeling trapped in our own worlds, Kaavan’s story is a beacon of joy and hope for us all. 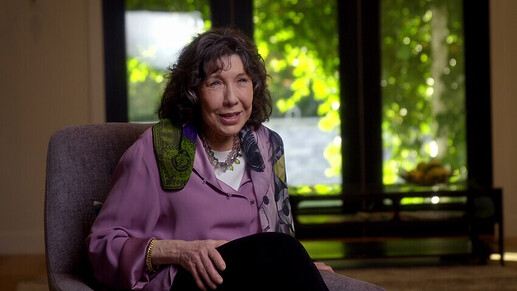 Lucille Ball didn’t just make millions of people laugh uproariously. She blazed a whole new path for women in the entertainment industry that still resonates today. Comediennes Carol Burnett, Lily Tomlin, Debra Messing and Suzanne Somers reveal to us how they were uniquely inspired by Lucy’s comic genius. But simply being funny was never enough for her. The shrewd, enterprising redhead - whose drama-filled personal life was constantly at odds with her public persona - struggled against a system created by men, all the while cementing her legacy by building an entertainment empire that would transform Hollywood as we know it. 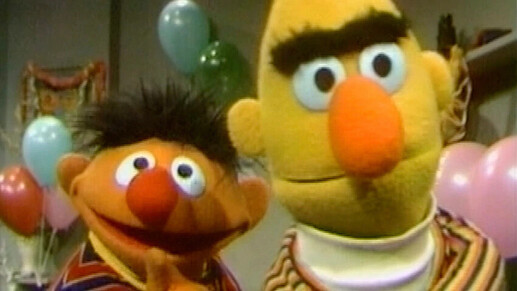 This new feature documentary from TIME studios chronicles how, for more than five decades, Sesame Street, one of the most well-loved family TV shows of all time has been a powerful, bold, progressive force of representation, education and empowerment.

Silent Night: A Song For The World 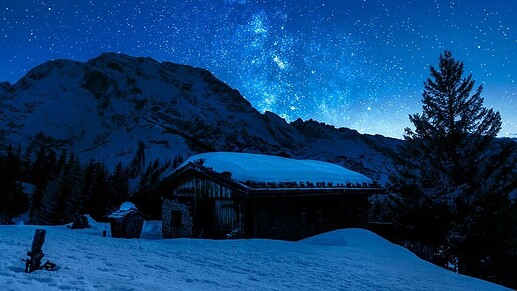 Silent Night: A Song for the World is a musical film documentary about the creation and cultural impact of the world’s most famous Christmas carol, composed in 1818 in Salzburg. In fact, the song Silent Night caused a Christmas ceasefire in World War I. Over the last 100 years the song has been translated into 140 languages including Bing Crosby’s version which is the third best-selling single of all time. In short, the film tells the story of Silent Night with new recordings by global stars in different languages. 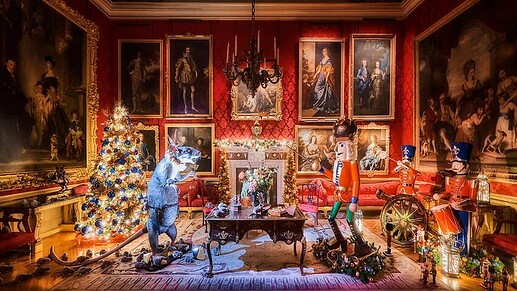 Join Britain’s busiest and best tree trimmers and wreath hangers as they transform some of the country’s most iconic locations into stunning, one-of-a-kind winter wonderlands. From the Natural History Museum and Blenheim Palace to London’s exclusive The Lansdowne Club, cameras follow the elves of Liverpool-based business The Christmas Decorators as they tackle the unique challenges at each world-famous location, creating enchanting festive designs to wow visitors.

For anyone who loves theatre, this contemporary history of Broadway is a pure joy! With an all-star cast, On Broadway tells the inside story of the last time Broadway came back from the brink.

As audiences prepare for the return of live theatre after an unprecedented absence of 18 months, an all-star cast tells the inside story of the last time Broadway came back from the brink. On Broadway shows how this revival helped save New York City, thanks to innovative work, a new attention to inclusion, and the sometimes-uneasy balance between art and commerce. Interviews with legends of the stage and screen, including Hugh Jackman, Helen Mirren, Christine Baranski, James Corden, Alec Baldwin, Viola Davis, and Ian McKellen take us behind the scenes of Broadway’s most ground-breaking and beloved shows, from A Chorus Line to Hamilton.