The Blues Brothers movie is on SBS tonight at 8.35pm, I recall last year it aired on 7mate. I wonder how did SBS score the rights to movies from Hollywood so soon after it aired on commercial free to air networks? Last week it was Purple Rain (previously aired on Nine), and I also recall Priscilla Queen of the Desert airing on SBS Viceland so soon after airing on Nine!

Just watching the doco Hipsters hosted by Samuel Johnson. Why do they censor their shows on SBS on Demand?

Why do they censor their shows on SBS on Demand?

kiddies have the internet now. They should be banned

Sure seems that way. Ridiculous how loud the bleeps are and how they blur the f word when it’s often the point of the story. After months of speculation, SBS has confirmed it will air the much-anticipated The Good Fight.

###The Good Fight to air exclusively on SBS in August.

Launching as a double episode on Wednesday, 2 August at 8.30pm, and then continuing Wednesdays at 9.30pm, is SBS’s brand new legal drama series The Good Fight. From the creators of the multi award-winning The Good Wife, Robert and Michelle King, comes the new CBS All Access original series, The Good Fight, which picks up just one year after the events of the final broadcast episode of The Good Wife.

The Good Fight premieres as a double episode on Wednesday, 2 August at 8.30pm on SBS, continuing 9.30pm Wednesdays, with episodes available on SBS On Demand after each episode airs. The host of the most British show on TV would like to bring that show down under.

The Handmaid’s Tale will be shown on FTA after all, after being a big success on SBS on Demand.

The Handmaid’s Tale gets SBS airdate

Buzz-worthy drama finally gets an on-air date from SBS.

Just watched The Good Fight. Loved it, so far it’s on track to be as good as The Good Wife.

They’ve also had prominent signage up for the show at Southern Cross train station in Melbourne for the last few weeks.

It’s not fastracked so the audience will be smaller than normal ?

That’s SBS entire mantra though. They aren’t going to suddenly get lets of new viewers because of one tv show and the people that like SBS already know what it has to offer. Not to mention people can check their dvr tv guide.

Nice to see them wasting money instead of on new shows. They would have been better off playing Uncle Buck again.

State Funeral of Les Murray AM

Monday 14 August Live to all markets from 10:50am AEST

Following advice from the New South Wales Department of Premier and Cabinet regarding details of the State Funeral of Les Murray AM, SBS is pleased to confirm the funeral will be broadcast live to all Australians on SBS and SBS HD.

The State Funeral will commence at 11.00am on Monday 14 August at St Mary’s Cathedral, Sydney. The funeral is open to the public.

How is the feed going to be sent? 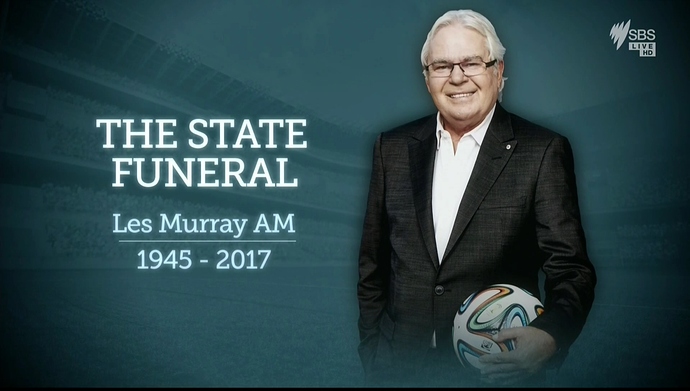 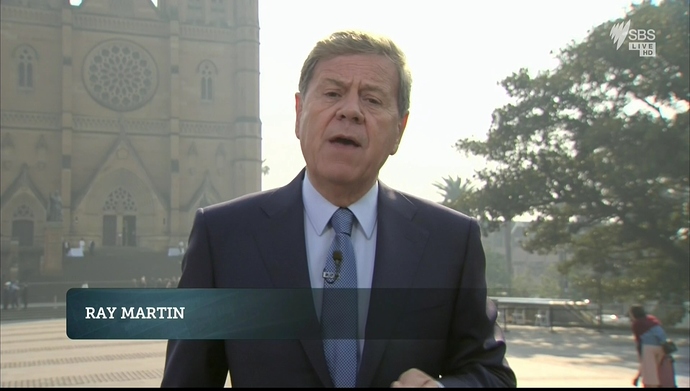 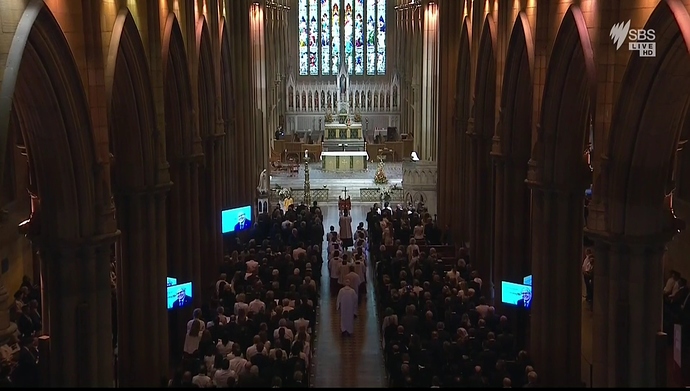 Fifty years ago obesity barely existed. Today, almost two out of three Australian adults are either clinically obese or overweight*. So why, in the midst of a global obesity epidemic**, are obese people judged, criticized and shunned, rather than being supported to improve their health?

The Obesity Myth is a new three-part documentary series, produced for SBS by the award-winning CJZ (Go Back to Where You Came From, Gruen), which challenges the commonly held view that obesity is the result of lifestyle choice.

The series follows the staff and patients at Melbourne public hospital Austin Health, where doctors are using new research to treat obesity as a genetic illness which is in alignment with the World Health Organisation’s classification of obesity as a disease.
Through stories of hope, determination and adversity it reveals the broader challenges facing Australian society and medical systems as they try to deal with the global obesity epidemic**.

International obesity expert Professor Joe Proietto is the head of Austin Health’s Weight Control Clinic. He believes people are obese because of a certain genetic pre-disposition which means they experience significantly more hunger and need to eat more food to feel full than a thin person. Professor Proietto’s approach to weight loss is sought after – patients often wait up to two years for an appointment, and treatment begins with an extremely low carb diet, often followed by appetite suppressing medication.

For patients who struggle on Professor Proietto’s diet, the last resort is bariatric surgery, where most of the patient’s stomach is permanently removed, or a lap band or balloon is inserted into the stomach. Headed by Ahmad Aly, Austin Health’s bariatric clinic performs 80 operations each year under the public health system.

The Obesity Myth follows several Weight Control Clinic patients including Karen, a 40-year-old wheelchair-bound woman who tips the scales at 246kg and has been a patient at the clinic for over 12 months but is showing little progress; 27-year-old vlogger and musician, Flick, who spent all of her schooling years as the biggest kid in class; Tracey, a vivacious 48-year-old mum-of-two who has lost over 73kg in 12 months and is taking a chance and coming off her appetite suppressant medication after reaching her goal weight; and greyhound-loving Wayne who was diagnosed with weight-related diabetes as a teen and is now facing foot amputation aged 40.

Bariatric Surgery patients featured in the series include former New Zealand national gridiron player Robert who weighs more than 200kg and faces premature death if he can’t lose weight; Huss, a Lebanese Australian boxer who is struggling to deal with the challenge of eating significantly less food post-surgery; and Lebanese-born author and academic Marie who’s weight gain was a symptom of hormone-balancing medication and has put unbearable pressure on her prosthetic legs.

SBS Director of Television and Online Content, Marshall Heald said:
“With almost two-thirds of Australian adults tipping the scales as overweight or obese, the issue of diet and health affects millions across different cultural and socio-economic backgrounds. The Obesity Myth is an important program that will help break down barriers to social cohesion by sharing the deeply personal stories of those who have struggled with obesity, and challenging commonly held views that obesity is the result of lifestyle choice.”

Alongside The Obesity Myth, SBS will offer a range of content exploring the wider issues of diet and health throughout September, including in-depth articles online via sbs.com.au/obesity, curated programming on SBS On Demand, an episode of Insight investigating eating disorders, a Dateline documentary looking at the most obese country in the world and a number of stories across SBS World News platforms.