Seven’s share improved yesterday, while ABC and Nine were down week-on-week. SBS’s main channel beat 10’s but 10 Bold’s strong result saw 10’s network share beat SBS’s. Despite ABC’s good total people share, the network still ranked fourth in the key demo groups where Nine was narrowly ahead of Seven. Nine again won along the east coast with Seven ahead in Adelaide and Perth.

Two news bulletins above one million was again an amazing result for a Saturday but nothing on commercial TV did particularly well after news and current affairs were over.

In the battle of chocolate programming Seven’s movie in 18th place was the best. SBS’s slow TV was coded into three segments (to no effect) that ranked 23rd, 24th and 25th while Nine’s Charlie And The Chocolate Factory was just 29th, ranking below 10’s offerings of Bondi Rescue (21st), Ambulance Australia (26th) and Ambulance (27th).

SBS World News made a rare entry into top 20, it and the slow TV chocolate special lifted SBS’s share.
Another huge audience for Bluey.

MS ratings and multi-channels for a Saturday and on Easter Sunday! Thank you Cynic

Was going to say that’s a good result for The Latest on a Saturday, but then saw it was coded into two parts, why!?

Was going to say that’s a good result for The Latest on a Saturday, but then saw it was coded into two parts, why!?

And on Wednesdays but not on Thursday or Friday

Multichannels have now been added to Thursday.

Multichannels were quite significant last night especially in the demos.

Wow! That can’t be a good look.

I’m actually surprised Willy Wonka and the Chocolate Factory from Ch7 got into the top 20. And Border Security… Also something that’s funny: in Adelaide’s market it seems that Seven and Nine News @ 5 have tied at 24,000. Seven News Brisbane gains another win after Nine News took the lead for a while. Quite sad for Today, they’re losing to Sunrise in practically all markets now. Something I don’t understand though, how is Seven News @ 5 winning in Sydney and @ 6 it’s Nine winning instead?

Something I don’t understand though, how is Seven News @ 5 winning in Sydney and @ 6 it’s Nine winning instead?

The 30 minute 5pm bulletins are national - so it seems that Sydney preferred the bulletin produced in Brisbane to Nine’s at least yesterday. Seven had horse racing as a lead-in to their bulletin that rated a lot higher than Nine’s Garden Gurus. But it’s worth noting that 10’s national bulletin easily beat both. 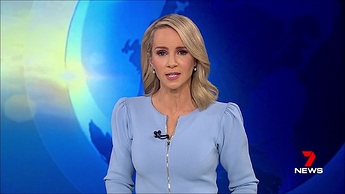 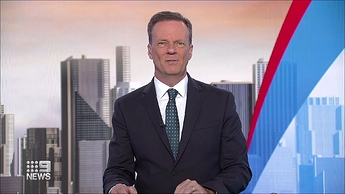 Its also a clear indication that National bulletins don’t need to be centralized in Sydney. The above bulletins are both produced from Melbourne and Brisbane.

I’m actually surprised Willy Wonka and the Chocolate Factory from Ch7 got into the top 20.

The big shock for me was that the 15 year old Johnny Depp remake on Nine apparently (going by TV Cynic’s post above) had less viewers than SBS’ slow TV look inside actual chocolate factories.

Ten should be absolutely ashamed how their main channel was not only 1% behind that of SBS, but also only outrated 10 BOLD by 1.3%!

Its also a clear indication that National bulletins don’t need to be centralized in Sydney. The above bulletins are both produced from Melbourne and Brisbane.

Not that I’m expecting this to happen anytime soon (and certainly not over an Easter weekend), but personally I think it’d be even better if Seven and Nine’s 5pm weekend bulletins were local for each market.

Seven and Nine’s 5pm weekend bulletins were local for each market.

Wouldn’t that be like Nine Adelaide’s approach to afternoon news, where they shifted Hot Seat to 4pm and brought the Afternoon News to 5pm? Maybe they should trial your idea but right now anyway it’s probably unnecessary. Having the 5pm bulletins national would make the majority of viewers tune in at 6, boosting the main ratings. No-one really tunes in at 5 anyway so why not keep it the way it is, save some money for other news needs?

One wouldn’t dare criticise Nine at a time when they’re dominating the ratings and Saturday is a minor night in the grand scheme of weekly ratings.

But when Seven had the AFL and combined with ABC’s strong dramas, with no Saturday NRL FTA rights, Nine have often struggled (certainly in main channel share) for quite some time now, often landing 3rd with these 12-14% shares and only in front of Channel 10 probably because of their 6pm News. Probably when Funniest Home Videos stopped or when Seven gained Saturday AFL rights from 10 in 2012 was when this started for Nine?

Though was it last year in Q1 or the year before they turned this around, with a first run David Attenborough which did really well.

Nine’s Late News must have done okay-ish compared to what 10 offered?

That’s an interesting point, so Nine came 4th or even 5th at times last night

And that was my last comment’s point (above Yellow Socks) in the same sense, that Nine only got 10%+ share probably because of Nine News at 6pm.

so this proves all of our points. Ten need to fix their 6pm slots ASAP. When will they ever listen? Their offering have been poor. Next weeks “Takeaway Reheated” isn’t going to do much better…

Because there’s not enough news to fill another 90 minutes on a Saturday night and the audience wouldn’t be there in the same numbers.