Here’s a behind-the-scenes look at the last 15 minutes before the show went live:

Looks like someone shared this outside of Mediaspy as it received a lot more views than my other videos and subsequently got manually copyright removed. 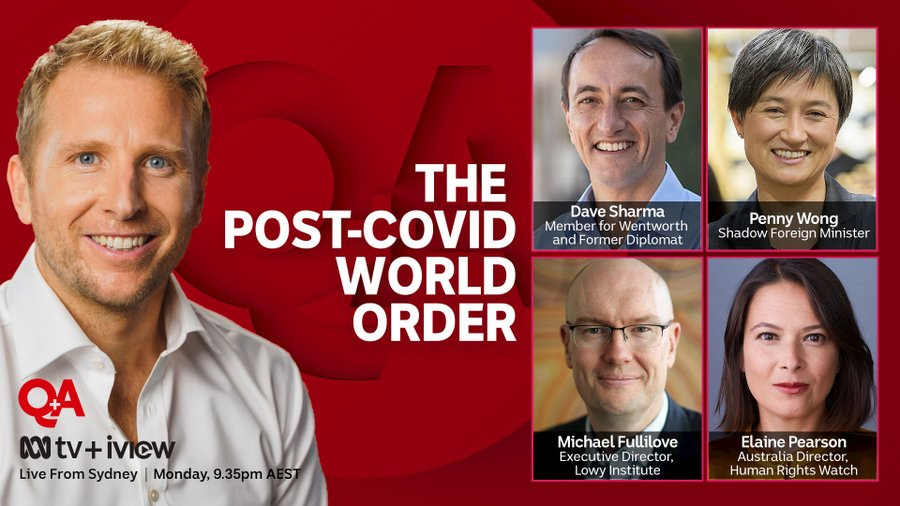 COVID-19 is changing the world as we know it.

Economies are being destroyed and the global power balance is shifting. As the West struggles with the pandemic, China is presenting itself as the world’s saviour.

So where does Australia fit into this new world order? With our borders closed and our old allies struggling, what might be the implications for taking a tougher line on China? 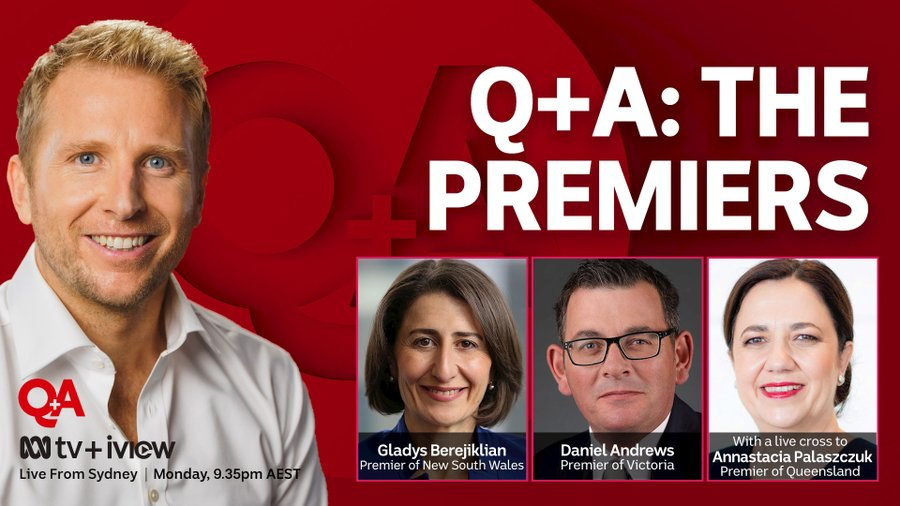 The COVID-19 crisis has seen a new set of powerful leaders emerge in Australia - our state Premiers. It’s to them we’ve turned for daily virus updates, and information about health, schools and safety restrictions. They’re driving the big decisions and making plans under pressure. They now sit on the unprecedented National Cabinet with the Prime Minister, this week joined by NZ’s leader Jacinda Ardern.

Monday is a critical day for the country – Queensland and New South Wales will begin phasing in face-to-face schooling, and Victoria’s state of emergency is due to lapse.

As the virus has taken a greater toll in the eastern states, rules have differed, and now the easing of restrictions is vastly different state to state. So who’s getting it right?

Will the states loosening their lockdowns risk a second wave of infections? And why has Mark McGowan in Western Australia become the most popular premier in the land?

With a live cross to:

Full program to be finalised

A lot of negative reactions on social media towards Hamish tonight, specifically that he was very hard on Dan Andrews in comparison to Gladys Berejiklian in particular. Many including those who say they had praised his appointment to Q and A now calling his interview tonight biased, disrespectful and a hack job.

Veteran journalist Paul Bongiorno did not like the episode either.

A lot of negative reactions on social media towards Hamish tonight, specifically that he was very hard on Dan Andrews in comparison to Gladys Berejiklian in particular. Many including those who say they had praised his appointment to Q and A now calling his interview tonight biased, disrespectful and a hack job.

Let me guess - the same people who complained last night are the same people who are complaining about Insiders this year because David Speers is hosting it? As I said before, the vast majority of those people aren’t criticizing in good faith or because they’re genuinely concerned about bias - they’re complaining because they want/expect ABC political shows to be a Labor echo chamber

Veteran journalist Paul Bongiorno did not like the episode either.

Bingo. The hard truth is that both shows are well past their use-by date, and changing the faces aren’t going to change that.

Some caps from last night:

Case in point about Q&A’s truncheon towards irrelevancy… 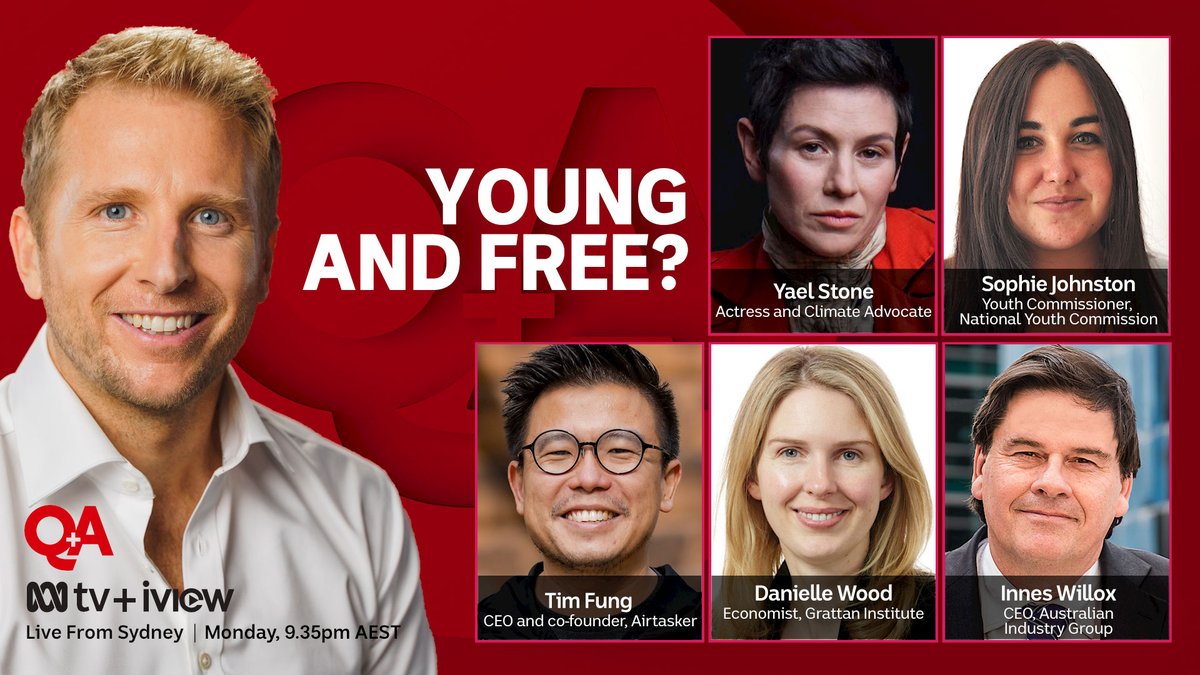 Young Australians? If you were old enough to be chief of staff to Alexander Downer you probably aren’t young 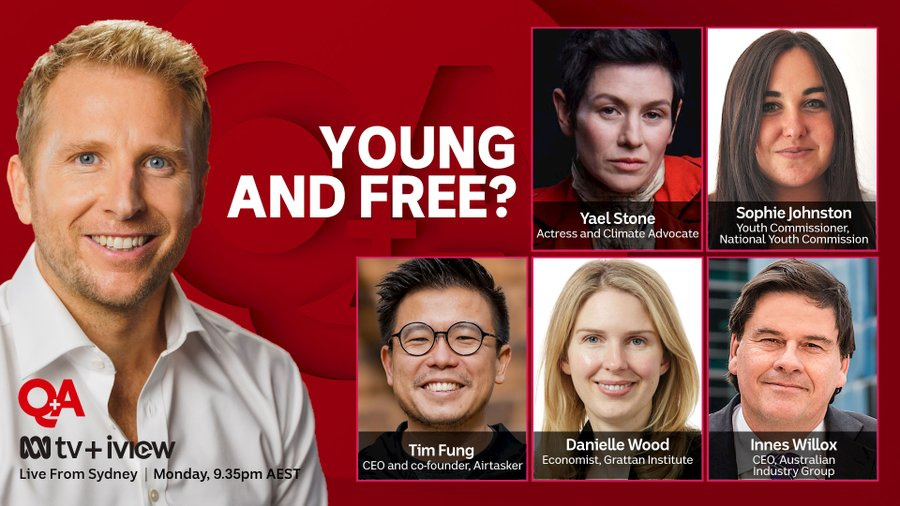 Life after COVID 19 will be different for all of us, but particularly young Australians. The crisis-driven economic downturn is hitting young people hard - they’re vastly over-represented in sectors where millions of jobs have been lost, and they’ll be left to shoulder much of the economic burden for years to come. Lockdown laws mean university, nightclubs, overseas travel and in many cases living out of home for young people have come to an abrupt halt.

So what does the future look like for young Australians? Will it be harder to find work, buy a home, get a degree? How will their way of life change? The young have paid a high economic price for this crisis, so has the time come to address the intergenerational debt? 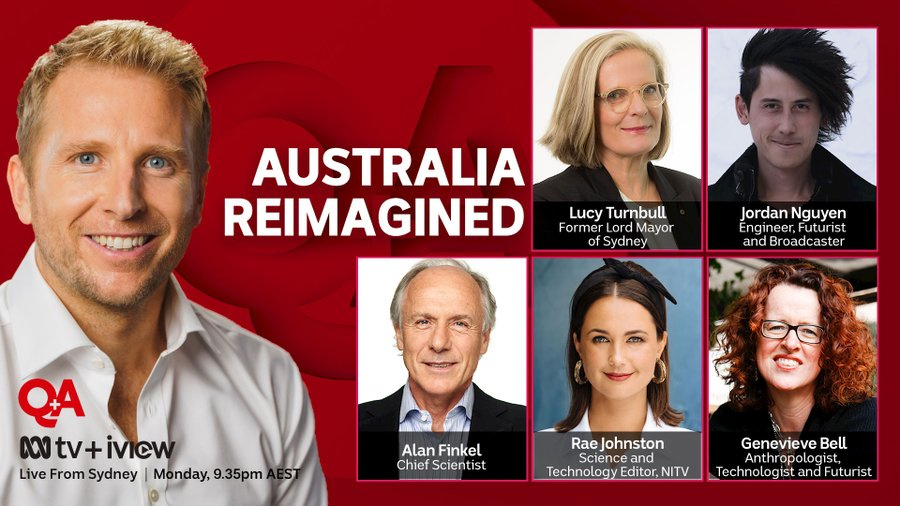 Does anyone know the name of the auditorium in Q&A held its Shanghai show in 2014? They said it was “from the studios of the Shanghai Media Group” but what’s the actual name?

It will be interesting to see how many people will be in the audience tonight.

how many people will be in the audience tonight.

Approx. 10 people in the audience tonight.

I might be in the minority, but it’s a pity that audiences are starting to creep back into Q&A.
The COVID-19 hit Q&A, with no audience to cheer or jeer the question, was a more civilized and respectful program than the version with the so-called “politically balanced” audiences, who always managed to display left-wing politically correct bias.
Is there anything more prejudicial to rational debate than cheering of a question, clearly directed in opposition to a particular panelists view?
If I had my way, there would never be a live audience for Q&A again, and all questions would be submitted electronically. Strangely enough, I lean towards the left, but I also support debate with both sides getting an equal chance to make their point. Political correctness should never get in the way of a well constructed argument. 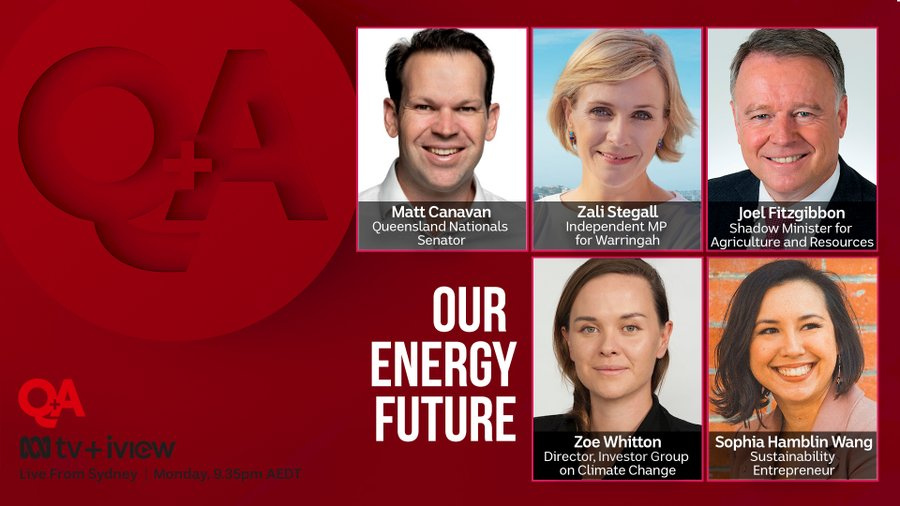 The Federal Government has unveiled its roadmap for Australia’s energy future, shifting focus from coal to gas.

The new plan includes investment in low-emissions technologies, but identifies gas as the most reliable energy source for the transition to renewables. Critics say however that developments in battery storage and renewables have overtaken the need for a transition technology.

So could we be backing the wrong horse? Will the new energy plan benefit all Australians now and into the future?

It’s been a week of turmoil – our economy is in recession for the first time in 29 years, an historic reset for workplace relations is looming, and we’ve seen a massive about-face on robodebt. Also dominating headlines, protests are sweeping the streets of America and here too, with some describing it as a long overdue reckoning for Australia.

The government has admitted its robodebt scheme was flawed and will refund $720 million of debt to 333,000 welfare recipients. Debate is also raging over what the Government should do with the $60 billion dollar windfall from the JobKeeper bungle, and the PM is now urging unions and employers to “put down weapons” and embark on a major overhaul of industrial relations . For Indigenous Australians, the chaos in America has been a bitter reminder of the lack of attention given to our own shameful history of black deaths in custody . 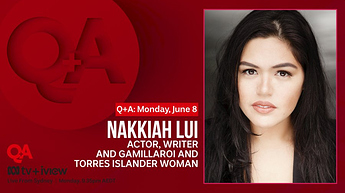 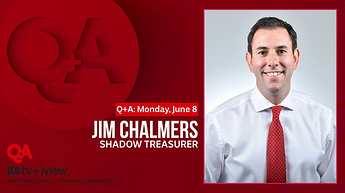 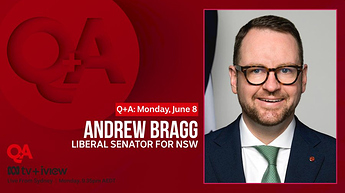 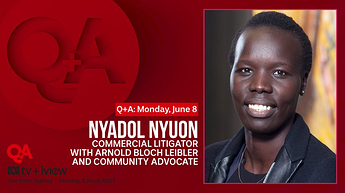 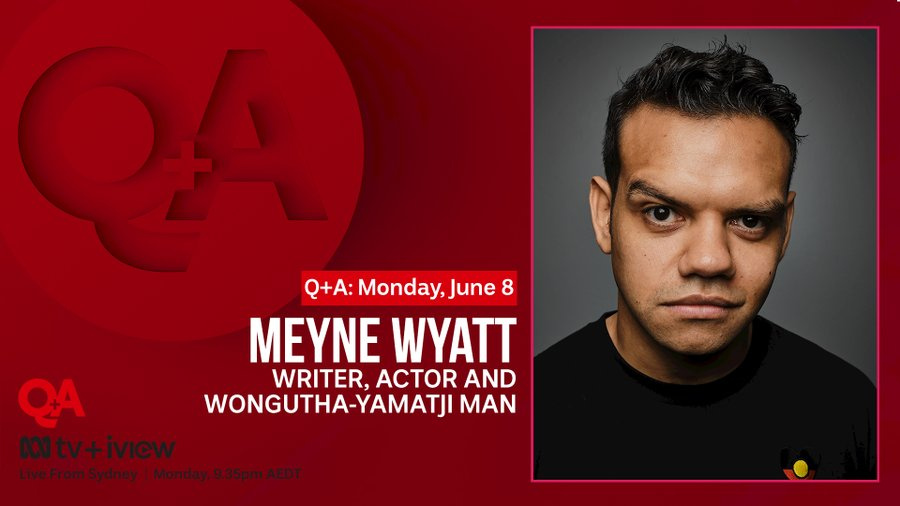