The programme will screen in 10 or 15 minute formats on Shake , GEM and Turbo at various times during the day.

Would this fit in with the format/target of each channel (i.e. Top 40 on Shake, oldies on GEM and rock on Turbo), or would it be randomised??

Would this fit in with the format/target of each channel (i.e. Top 40 on Shake, oldies on GEM and rock on Turbo), or would it be randomised??

@McMuffinMan17 Randomised, although pop videos (including chart hits and some old school throwbacks) will feature on Shake with easy listening videos (including classic clips from the 70s, 80s and 90s) on GEM and rock videos on Turbo. However, all rock videos need to be heavily censored and edited for daytime viewing with a PG classification, i.e. parental guidance recommended for younger viewers.

What if my network had a weekly magazine for print - PTV View? 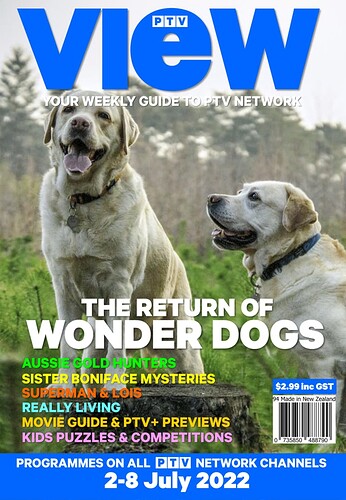 PTV View provides full, 7-day programme schedules for all 11 PTV Network channels - making it easy to see what you want to watch across the week. It also keeps us as New Zealanders entertained with exciting features on the latest PTV Network shows and movies, interviews with network stars and personality profiles.

You will also find a weekly highlights page before the week’s listings, a daily highlights section on a coloured strip under the evening listings (for PTV, Shake and GEM), kids’ puzzles, competitions and factsheets from PTV Network’s lifestyle programmes, including recipes.

Nearly 80 pages for just $2.99 per issue and available in shops every Friday.

DISCLAIMER: PTV Network New Zealand (Patrick Te Pou Enterprises Ltd) is a fictional broadcaster and will not broadcast to New Zealand, as it is fictitious and imaginary. Thank you for understanding.

PTV Network New Zealand today announced that it has signed a multi-year agreement with the New Zealand National Fieldays Society and this year’s Fieldays will be televised live on PTV Network’s ‘General Entertainment and Movie’ channel, GEM, from 30 November to 3 December 2022.

Live from the Southern Hemisphere’s largest agricultural event at Mystery Creek, near Hamilton, Hamish McKay (Rural Exchange) and Sally Murphy (RNZ) will lead a team of reporters - including Dominic George (REX Today), Thomas Mead (TVNZ) and Kim Moodie (RNZ) - in a four-part series of two-hour specials featuring what’s new in the world for the agriculturist and horticulturist.

Each two-hour special will run on GEM from midday until 2pm.

Sunrise (Mon-Fri, 6-8.30am) on PTV will feature live crosses to Fieldays throughout, with Chris Kirk presenting the weather from there.

Comedy duo Jono and Ben will deliver their humorous take on Fieldays in a new Jono and Ben special on Shake, which will be shown on Saturday 3 December at 8.30pm. 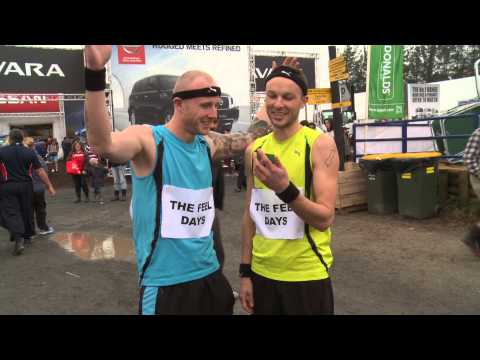 DISCLAIMER: PTV Network New Zealand (Patrick Te Pou Enterprises Ltd) is a fictional broadcaster and will not broadcast to New Zealand, as it is fictitious and imaginary. Channel 13 on Freeview, in real life, plays host to Three +1. Thank you for understanding.