Nice graphics there, Paddy. +HR=E could learn a lot.

Nice graphics there, Paddy. +HR=E could learn a lot.

Thank you, @nztv. However, there’s more to life than just graphics.

The ‘PTV Network Mascots’, based on one of my concepts, are a small group made up of the finest pinups in New Zealand, many of whom are former Miss Pinup New Zealand contestants. In fact, Miss Pinup New Zealand is an annual pageant as part of The Very Vintage Day Out. It encourages women of all shapes and sizes - from all over New Zealand - to feel confident, step out of their comfort zones and to show their inner and outer beauty through the art of pinup.

Here’s the initial ‘PTV Network Mascots’ snapshot (all photos courtesy of Tony McKay Studios of Hamilton), as shown below.

Due to other commitments the ‘Mascots’ have their own regular day jobs but, for purposes of publicity and promotions at PTV Network, they travel the country to promote a range of new and existing services within my television business.

The ‘Mascots’, however, are loosely based on the ATV Colour Promotion girls - led by New Zealander Joan Palmer, who worked at ATV (a now-defunct ITV franchise for the Midlands) during that time as an announcer - as colour television came to Britain in November 1969. 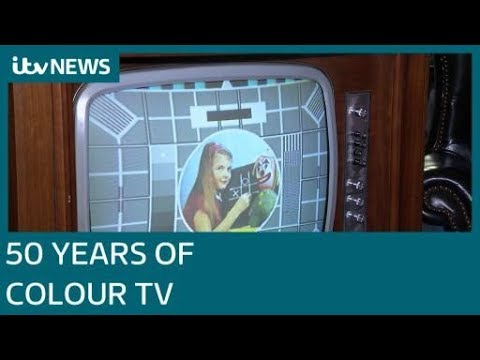 The slogan for PTV Network is “In the Mood” which is taken from a well-known Glenn Miller song. Australia’s Channel Seven used “In the Mood” as its slogan in 1990. 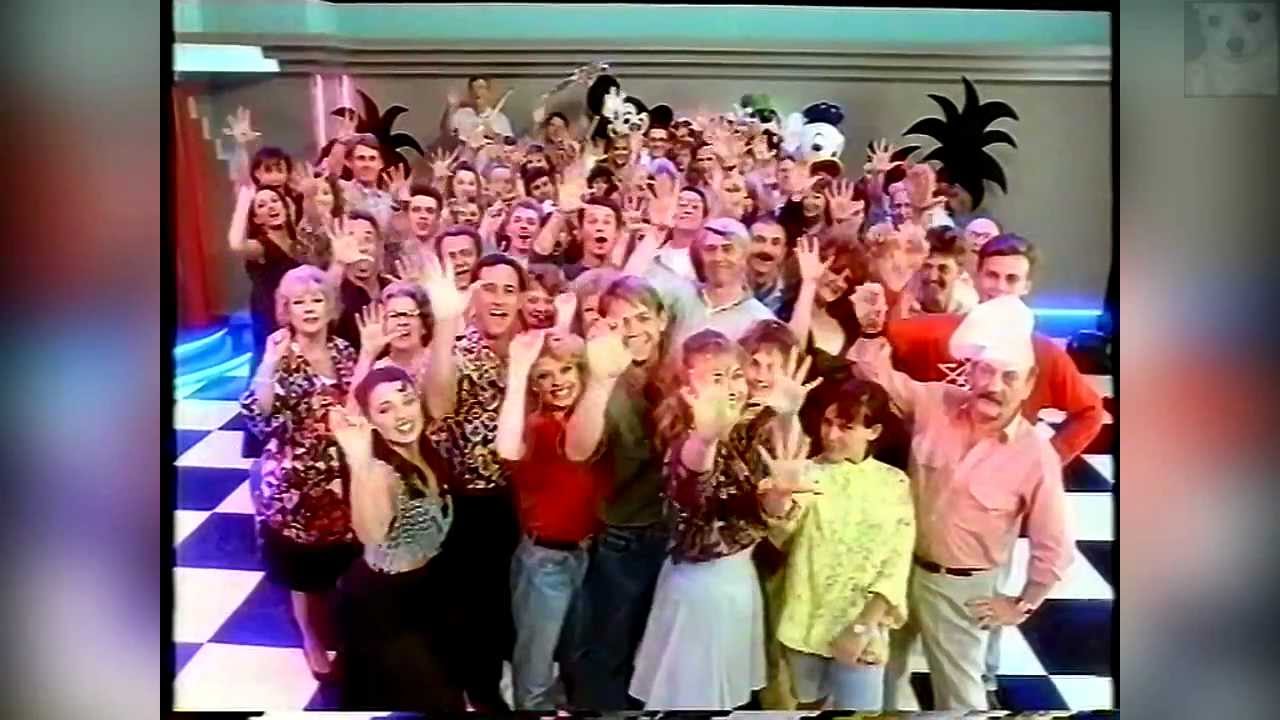 This is how my name is spelt using the alphabet as inspired by companies around the world (all images courtesy of TVARK). 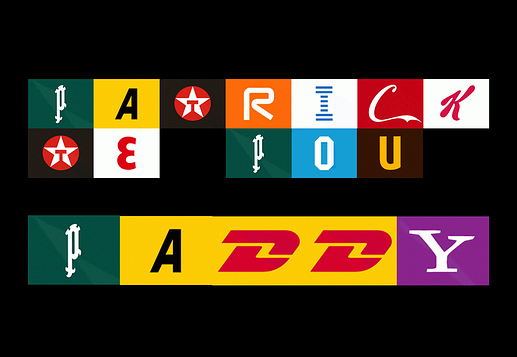 And that’s because nearly all commercial television networks are fully funded by advertising. It’s an important source of revenue; without advertising, there wouldn’t be a network at all.

According to ThinkTV, television advertising captures the attention of your target audience in multiple ways. From a 15-second spot to branded entertainment, there is a TV solution to suit your objectives and your budget.

Latest research shows that television is in 95% of New Zealand homes. On average, New Zealanders spend 2 hours and 16 minutes of their day watching TV on a TV set and 89% of that time is spent watching live broadcast TV.

Television remains the ultimate, unbeatable, undeniable brand-builder, and you can watch television at anytime, anywhere.

For more information, please click the ThinkTV link below.

Benefits of TV Advertising TV captures the attention of your target audience in multiple ways. From a 15-second spot to branded entertainment, there is a TV solution to suit your objectives and your budget. TV is everywhere TV remains the ultimate,...

At PTV Network we are putting our audiences ‘in the mood’ for the best of both local and international television. From news and current affairs and free-to-air sport through to drama, comedy, movies, documentaries, factual, lifestyle and entertainment, along with programming for kids, teens and young adults – each day we at PTV Network will beam multi-channel entertainment into the living rooms of almost every New Zealander.

We operate the largest family of free-to-air commercial channels in New Zealand, and deliver our diverse variety of programmes through linear television broadcasting and online via the PTV On Demand service.

Our investment in programming is primarily funded by television and online advertising revenue. We sell all of our key demographics across six regional licences (Auckland, Waikato/Bay of Plenty, Palmerston North, Wellington, Christchurch and Dunedin), with more targeted advertising on PTV On Demand. The six regions offer both local advertising and programming opportunities, such as community notices and regional news.

Each channel has its own target demographic and programme format, with a complementary programming strategy that maximises choice for our viewers and opportunities for advertisers.

PTV1 is the channel of choice for 25-54 year-olds, with local content at the heart, offering a full range of top quality programmes – local and international hit dramas, comedies, movies, documentaries and entertainment, as well as news, sport and current affairs. It’s ‘where New Zealand turns to be informed, entertained and inspired’.

PTV4 and PTV5 are aimed at 25-54 year olds with two different genders, depending on the format of the channel. PTV4 is male-skewed and brimming with action-packed entertainment and free-to-air sport, while PTV5 is dedicated to factual, lifestyle and reality programming, female-skewed movies and free-to-air netball - aka ‘the home of guilty pleasures, pop culture, true crime, chick flicks and netball’.

In addition to linear broadcast, PTV On Demand is a streaming and on-demand video platform from PTV Network. It is the online home of local and international television, plus express plays from the US and UK, complete box sets and web series. Available on a variety of devices – tablets, smart phones (iOS and Android), desktop and laptop computers, smart TVs, Chromecast and the Freeview SmartVU streaming device – PTV On Demand allows New Zealanders to watch their favourite programmes when and where they want it, whether live or on-demand.

PTV1
“One for all”. PTV1 is the news, entertainment and sport destination that talks to all New Zealanders. It’s where New Zealand turns to be informed, entertained and inspired. 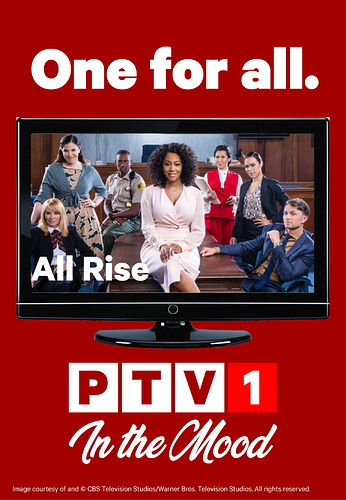 PTV2
“It takes two.” PTV2 is for the young, and young-at-heart, offering a lineup of engaging dramas, comedies and reality shows, hit movies, WWE Wrestling and the hottest music. 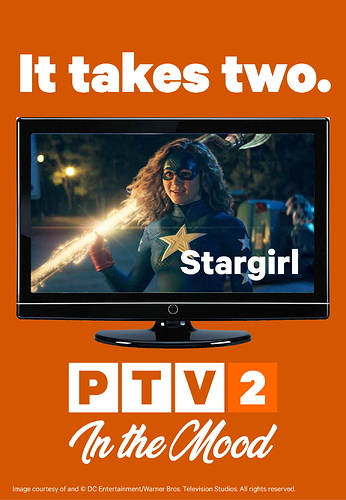 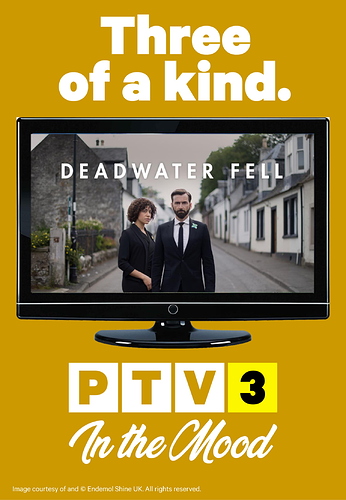 PTV4
“Four for the boys.” PTV4 is the home of high adventure, high octane and high adrenaline entertainment and premium free-to-air sport. A channel made for men 25-54. 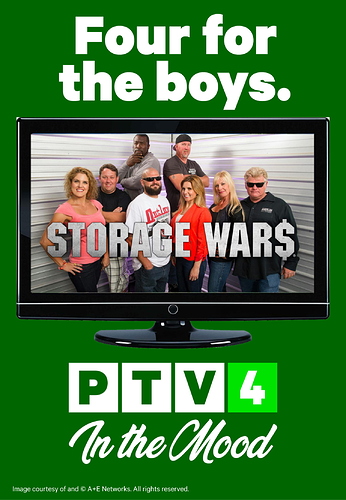 PTV5
“Five for the ladies.” PTV5 is the home of guilty pleasures, glamour, fame, true crime and free-to-air netball. An entertainment-lifestyle channel made for women 25-54. 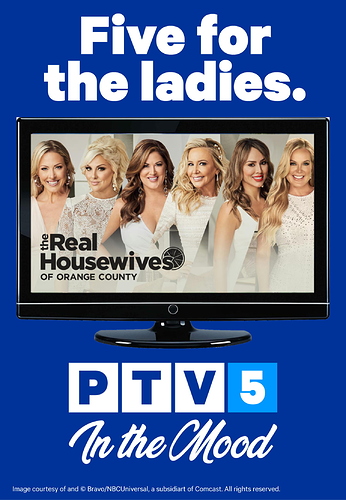 PTV6
“Give us a perfect six.” PTV6 is the ultimate lifestyle destination, bringing together the best-of-the-best when it comes to premium lifestyle television. 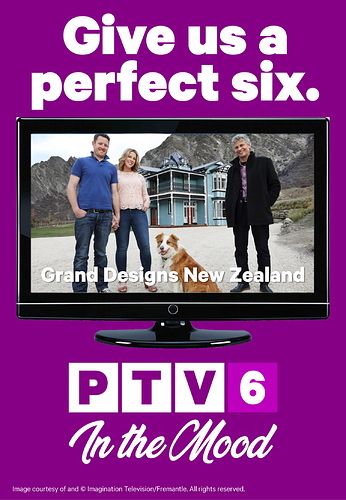 CPTV
“A must-watch for Kiwi kids and families everywhere.” CPTV (Children’s PTV) is the home of brilliant kids shows and essential family entertainment. 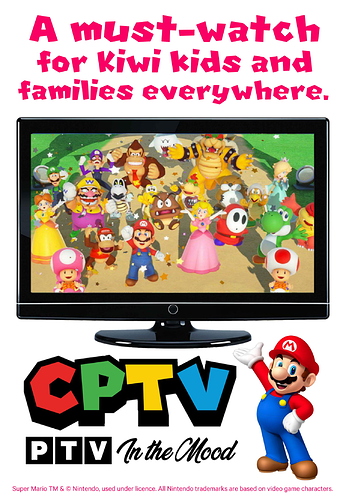 For those of you who haven’t meet some new faces to television, I’d like to introduce you to a good friend of mine - Helen Millar, or Miss Patty Cake as she’s known within the pinup community in New Zealand - who will be the star of her very own short-form TV show on PTV Network.

Miss Patty Bakes is a 3-4 minute cooking show based on an entry video for Miss Pinup New Zealand 2021 as part of The Very Vintage Day Out. Here, Helen bakes a chocolate mud cake (see below for the recipe):

@TV4 @nztv @OnAir What do you think of one of my ideas for my dream TV network? 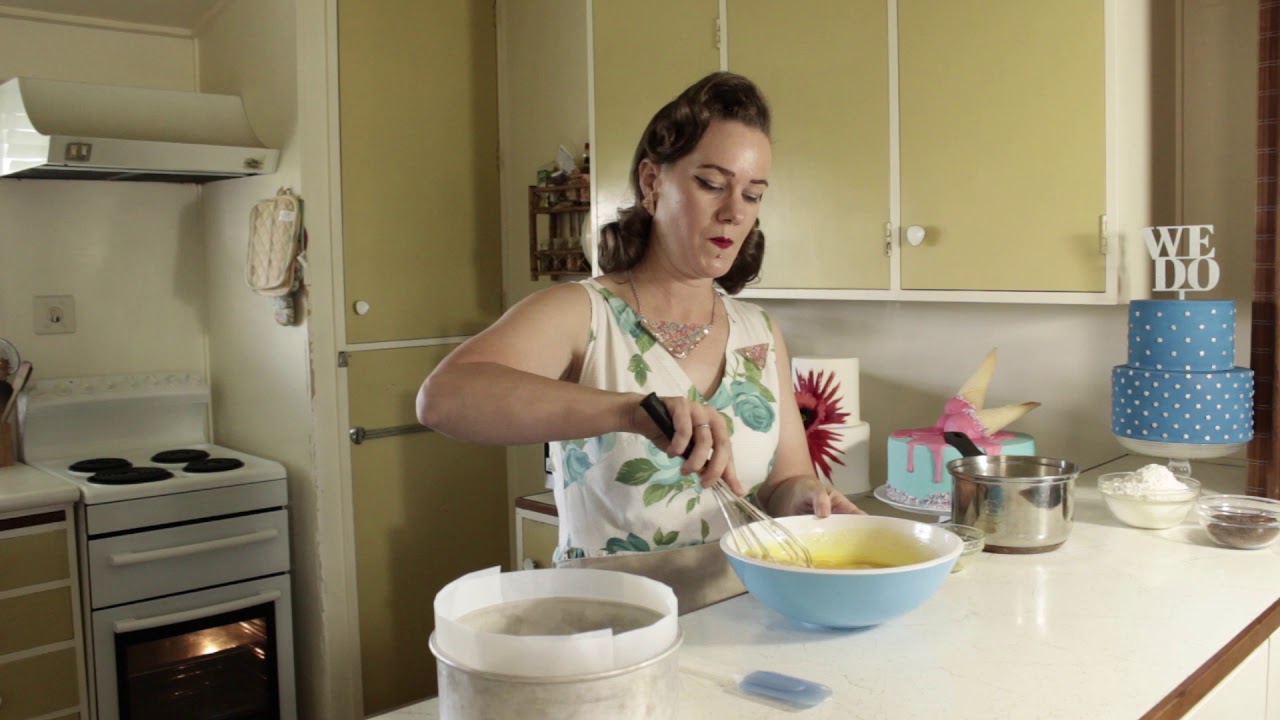 I recommend Westgold butter, it doesn’t have any water added to it, like other butters. Your baking will thank you for it .

How do you commercialise it, product placement? 5 second ad breaks?

How do you commercialise it, product placement? 5 second ad breaks?

@TV4 There will be product placement throughout, and Miss Patty Bakes will only be shown as interstitials or “fillers” (i.e. short programmes to fill gaps in the schedules) but not during commercial breaks.

NEWS & CURRENT AFFAIRS (Part 1)
PTV Network’s News and Current Affairs department will be much better. For one thing, I have the ability to attract a pool of media professionals from all over New Zealand to join my new television business.

And in addition to selected Newshub journalists and crew through Discovery, Inc. (the new owners of Three, Bravo and Newshub, in real life) - some of whom will be attracted from TVNZ, some will be new to TV (i.e. people from the likes of RNZ, Newstalk ZB, Stuff and so on) and some will be fresh from the New Zealand Broadcasting School out of Christchurch.

My ambition is to set up a network news centre in Auckland; news hubs in Wellington and Christchurch; a Parliamentary Press Gallery office at the Beehive in Wellington; and regional offices in Whangarei, Hamilton, Tauranga, Rotorua, Whakatane, Gisborne, Hastings, New Plymouth, Palmerston North, Nelson, Greymouth, Timaru, Queenstown, Dunedin and Invercargill, where the geographical spread of journalists and camera crews is utilised.

There will be no overseas correspondents; instead, with PTV Network’s commitment to providing New Zealanders with a ‘distinctly local’ news service, there will be an exclusive arrangement with Australia’s leading broadcaster, the Nine Network. This arrangement will, in future, see the Nine News team giving an Antipodean perspective on international news coverage. Rob Morrison (Brisbane), Damian Ryan (Sydney), Carrie Anne Greenbank (Melbourne), Tim Arvier (one of Nine’s US correspondents) and Sophie Walsh (one of Nine’s Europe correspondents) are examples of Nine’s own journalists contributing to my New Zealand based network as overseas correspondents.

There will also be exclusive access to satellite-delivered content from some of the world’s finest news sources: CNN, AP Reuters, ABC America, CBS and ITN (which encompasses both ITV News and Channel 4 News).

Back home, there will be a pool of specialist correspondents based between Auckland and Wellington. They will cover politics, business, crime, health, education, transport, consumer affairs and issues of relevance to ethnic groups in New Zealand.

@Leo_Puglisi6 Thanks so much. And Merry Christmas!

Looks good Paddy! How are you going to pay for all that talent though?

And to you too mate!

Looks good Paddy! How are you going to pay for all that talent though?

@OnAir It’s just an imagination and based on my own suggestions. My intention is to make that talent, within my dream TV network, commercially viable through advertising and sponsorship.