To be honest, I wouldn’t be overly surprised if the Prime7 & GWN7 brands are phased out in favour of the main network brand sometime in the next few years. Take a look at what SCA Seven is doing right now and you’ll probably get a fairly decent idea of what an eventual future for the Seven affiliates in Regional NSW/ACT, Victoria, the Gold Coast & WA could be like.

Aside from the local news (which probably would benefit from a more network-esque look), most of the On-Air branding elements currently used by Prime7/GWN7 aren’t really that much different to those on Seven in the metro markets.

I agree, it’s pretty big. But at least it’s really transparent compared to just about every other watermark on FTA.

The Prime7/GWN7 watermarks aren’t helped by the chunky logo design, which isn’t one that works well in smaller sizes.

You might be right there but from what I’ve seen Southern Cross have always been willing to adopt network brands on air whereas Prime and WIN are reluctant to do so.

WIN have definitely been reluctant to embrace the network brand in recent years.

But since 2011, the official Seven Network logo has been part of the Prime7/GWN7 logos and since at least the November 2012 relaunch, they’ve essentially been using the same general channel On-Air Presentation packages as the network. If you were to ask the average viewer on the street in a Prime7/GWN7 viewing area, I honestly wouldn’t be overly surprised if there are many who actually thought the Seven Network owns the station(s) instead of the Prime Media Group!

If it does eventually become 7, will they still show Home Shopping overnight?

Nah each market would just become a dirty feed of its relevant 7 metro station with some form of local news to met legal requirements. Similar to STQ or SCA9

If it does eventually become 7, will they still show Home Shopping overnight

Yes and/or no. Whichever option costs them less money.

Agreed. NBN still aired infomercials in lieu of Nine’s Morning News for years after they became a network owned (although probably still independently operated until 2016 when the Nine-ification started) entity.

Why would they want to swallow two companies that are making losses?

SGH and SWM are purposefully split - for what reason, I dont quite understand.

neither SWM or PMG have declared a dividend in over 2 years whereas Seven Group Holdings declared $0.21 per share for financial year ending 30 June 2019

SGH is actually doing well, unlike SWM and PRT - but thats on the back of the non-media side of the business (to call it side is a little disingenious, SWM is now such a small percentage of the SGH in comparison to the rest)

I could be wrong but its just my thoughts

Will probably happen eventually but we’re not there yet.

The only difference is the white border on Seven’s classification. Wonder why Prime’s doesn’t have it?

I notice on Prime tonight they had the program returns clock in the top corner, how long have they been doing this for or is it new?

Also have Prime’s PRGs changed too, to match metro - is 7flix’s different? 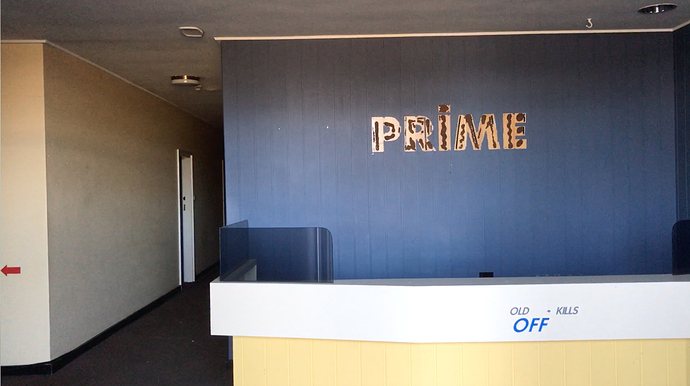