Well at least Hamish has gone from the coverage. We’ll see a new generation of broadcasters from nine leading the coverage. I’m thinking James Bracey and Roz Kelly and many of their other professional broadcasters. Let’s hope they keep that idiot Tony Jones away from it but that’s unlikely.

7 don’t have a subscription service.

9 could run multi channel coverage on their channels and stream those on 9Now and then have all the sports streamed ad free on Stan. They can monetize it way more than 7 can given their multiplatform set up.

Stan Sport (which is the only key difference between Seven and Nine when it comes to the monetization discussion) can do a lot of things. It probably can’t single-handily reverse the trend of networks losing money on Olympics rights.

This is an obvious result of Channel 7 paying well overs for the AFL, right?

I think 7 have simply overpaid for the AFL (thanks to Nine’s bid) and we’re now seeing cutbacks as a result.

As a result, Seven have only bid $55 million for cricket and given up for Olympics.

Yep. AFL paying overs for 7 meant Olympics were always going to be on 9

There’s one key detail in the Nine newspapers article that the above discussion/speculation is ignoring (emphasis added):

Seven West Media made its offer for the next round of rights last August, and was refusing to increase the dollar figure, which sources said is between $230 and $250 million.

The 2025 - 2031 AFL rights deal was announced on 6 September - after Seven reportedly tabled their Olympics bid and well before the IOC visited Australia to meet with the networks. As such, the plausible alternative argument (especially if they didn’t increase their bid during/following the IOC visit) is Seven decided back in August that they weren’t willing to budge from the amount they offered for the rights.

Yet his ego didn’t allow for them not to overbid in the AFL rights. What a fraud. He’s a disaster.

A Nine spokesperson told Mediaweek on Christmas Eve there was no announcement imminent “at this point” about any Olympic deal. Nine’s SMH and WWOS celebrate Olympics win ahead of IOC

Nine Entertainment Co appears to be the winner of the TV rights for the next three Olympics Summer Games in Paris, Los Angeles and Brisbane.

I saw that Wide World of Sports article/link but went to a dead end. Looks like somebody jumped the gun! Whoops. Reminds me of when Cameron Williams back in early 2018 put on his social media that they’d got the tennis but was also quickly deleted.

According to this, it looks like 7 did have the last bid to match any other offers but they refused/pulled out

As the existing rights holder, Channel 7 held a “final right of refusal” clause which offered it the opportunity to match any rival offer.

They didn’t had the Live watermark on. Nine went to an ad break in 2012 during the Torch Relay Montage in the Opening Ceremony

To be fair such montages are usually included as a place for commercial broadcasters to take a break. Indeed it is surprising the ceremony isn’t constructed with more such moments. 2028 likely will be in LA - for Atlanta they regularly crossed to the closing stages of the torch relay in progress throughout the ceremony which I assume is when NBC probably took a break.

A balance between free/pay can work if done to be more sympathetic to the FTA audience. The BBC/Discovery deal failed on this front (just two streams - even just two more would make the difference). IMO the free to air broadcaster must be able to show every medal event and every event featuring your countries athletes. When Foxtel had the 8 streams when Nine last had the rights their selling point was every event featuring an Australian and every medal event live - and I think if Nine offered that on 9Now even if everything else was then on Stan that is a fair split as there can be over 24 streams running simultaneously, so still plenty of stuff for behind the paywall, but everything that really matters for free.

A balance between free/pay can work if done to be more sympathetic to the FTA audience. The BBC/Discovery deal failed on this front (just two streams - even just two more would make the difference). IMO the free to air broadcaster must be able to show every medal event and every event featuring your countries athletes.

You’re not going to get quality FTA coverage when the rights are held by a company who is wanting to monetise them and are forced to sub-licence to FTA. The BBC by all reports were lucky to do their deal with Discovery (who had seriously considered ITV)

And all those reports were wrong. The BBC paniced and signed a bad deal rather than risking no deal, at a price higher than their previous exclusive deals. They signed it early too, but they’ve a history of agreeing deals with pay-TV companies that keep some of the event on the BBC when they fear another FTA broadcaster taking the rights.

In this case as the Discovery deal was Europe wide we could see that the BBC could have got a much better deal at least for Tokyo (the BBC had the exclusive rights, the deal was to sacrifice them in order to get limited rights to 2022/24). Both Germany and France struck deals which saw about 10-12 live streams available free to air. Indeed the German broadcaster held out so long Discovery had also announced their plans to provide coverage within their own networks.

Brazil’s Olympic rights are sold to Grupo Globo which like Nine has free-to-air TV, subscription and radio services as well as newspapers.

In this case as the Discovery deal was Europe wide we could see that the BBC could have got a much better deal at least for Tokyo (the BBC had the exclusive rights, the deal was to sacrifice them in order to get limited rights to 2022/24). Both Germany and France struck deals which saw about 10-12 live streams available free to air.

Mind you though, many of the deals Discovery did sign with terrestrial broadcasters across Europe had significant restrictions attached to them such as Discovery having exclusive rights to certain sports and/or dictating how the terrestrial broadcaster could air their coverage. The only constraint the BBC were/are subject to is only being able to show coverage simultaneously on 1 network and 1 Red Button/online stream. Aside from that, they can show anything they want either live or on delay.

NBC has unveiled its understated Paris 2024 brand logo, launching with an awkward celebrity pun. The logo was designed by LA-based creative shop mOcean, working with NBC Olympics’ award-winning design team led by Mark Levy, David Barton and John Schleef, and features the redrawn NBC peacock, which is being gradually launched, from Sibling Rivalry. The same agency had designed the Tokyo 2020 logo. According to NBC, the logo was inspired by French Art Nouveau and fashion design. 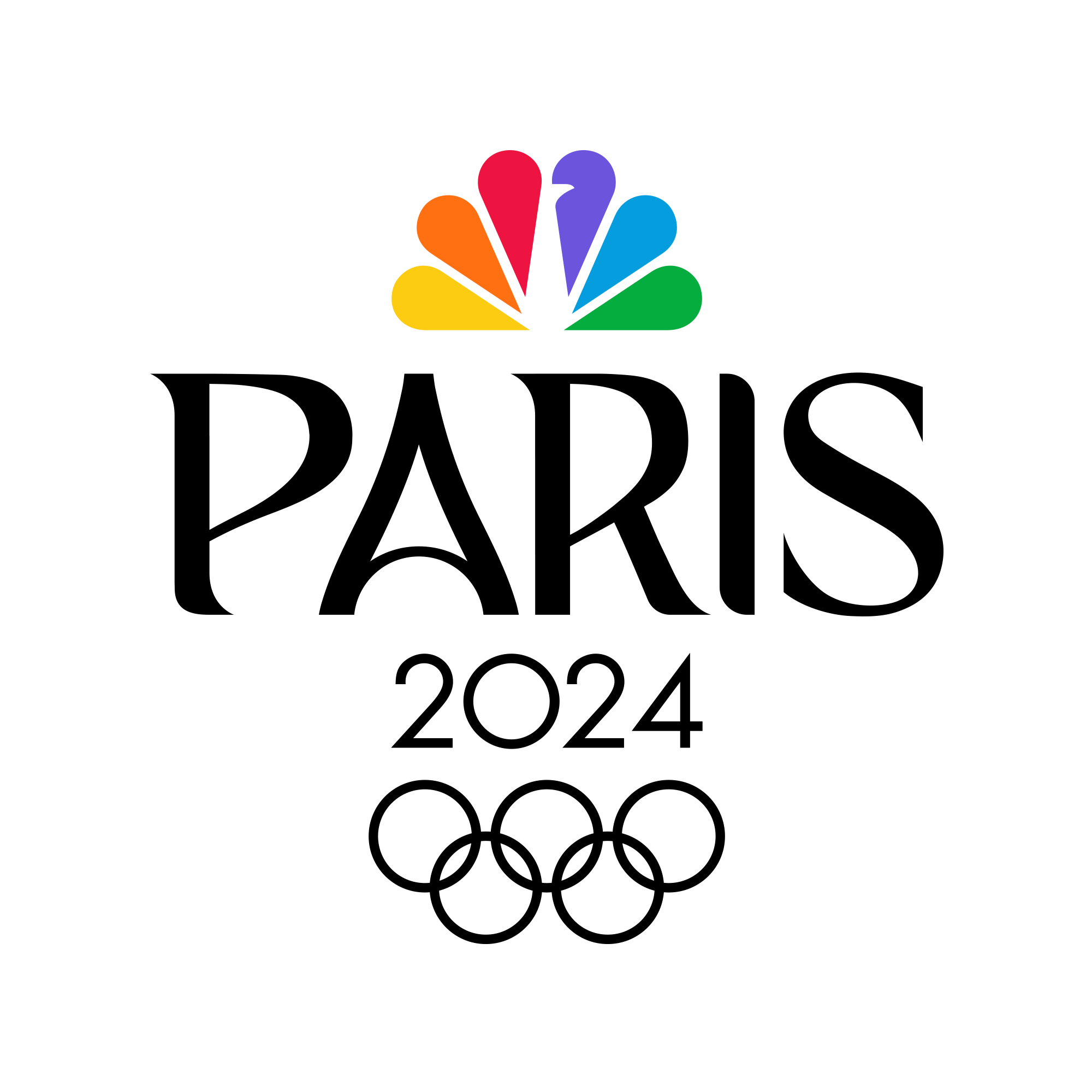 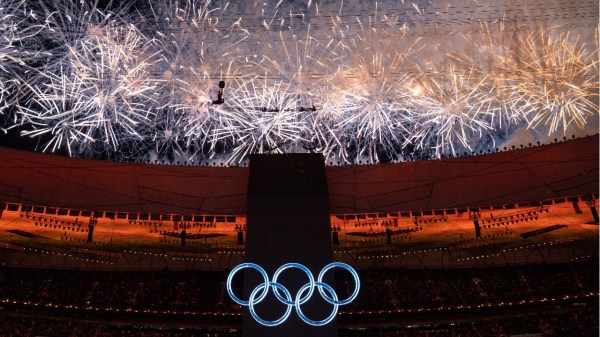 Warner Bros Discovery and the European Broadcasting Union have won the auction for Olympic Games broadcasting rights between 2026 and 2032. Following a competitive tender put out by the Internation…

Maybe on Monday or during the Australian Open Finals

Nothing has been heard since last Christmas. Thought today there would be an announcement