QTQ aren’t allowed to split their signal from Bris for ads, only local news

Based on? I would assume if QTQ don’t split their advertising, that’d be more a matter of how they sell to advertisers - not a legal restriction.

I certainly can’t find any reference to such a restriction on them, or a reason why QTQ splitting their markets would be different to how regional stations split their often statewide licenses into different markets for ads/news.

The Brisbane TV market area includes Brisbane and the Gold Coast. Two metro areas. QTQ are licensed to both cities. Can’t see any reason why they can’t sell and split advertising as they wish

That they had to apply to the ABA/ACMA for approval to split the feed to Gold Coast to do local news.

IF QTQ (and BTQ, TVQ) were ALL allowed to split their ad feeds to the Gold Coast, I’m sure you would see a lot more Gold Coast ads instead of Brisbane ads there, and as a result a lot fewer local ads on Prime7, NBN and SCTEN.

Today’s Queensland edition of Nine’s Morning News. Includes press conference announcing Corey Parker’s retirement from the NRL at the end of the season.

You should check again

While I certainly think that Nine Gold Coast News could do with a bigger and better set to complete with the near-identical clone to the Brisbane set that Seven is running with, IMO more than a bit odd how Nine Gold Coast News is apparently getting a new set after only about two years or so of the current (I’m sure the current 9GCN set was only launched in Early 2014), ahead of Nine News Sydney and Nine News Brisbane who have had their current sets since 2009 with only so much as minor tweaks here and there. Yes, they’ve aged comparatively well but it must be said that since the current Nine News Sydney & Brisbane sets were launched 2009, all the other news bulletins in both markets have changed their sets at least once, indeed twice or more in some cases (Seven Sydney and Ten, we’re looking at you!)…surely that’s a sign that a set upgrade for Nine News in Sydney and Brisbane needs to be considered in the not too distant future?

Sets aside, I wonder if a upgrade to HD for Nine Gold Coast News is possible along with these other changes? Now that could be a very good point of difference against Seven’s bulletin!

An issue with the backlighting for sport in Sydney tonight for the first few items, it came good again towards the end. 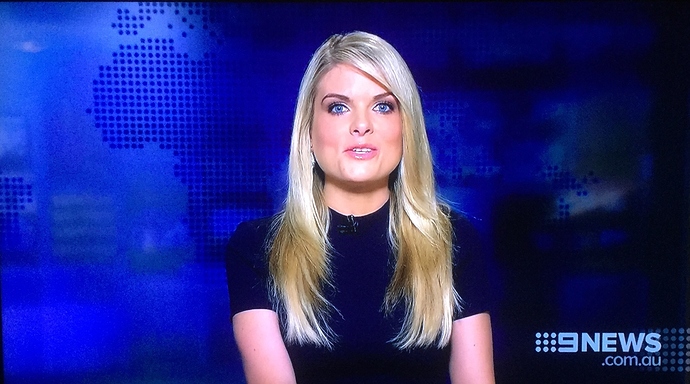 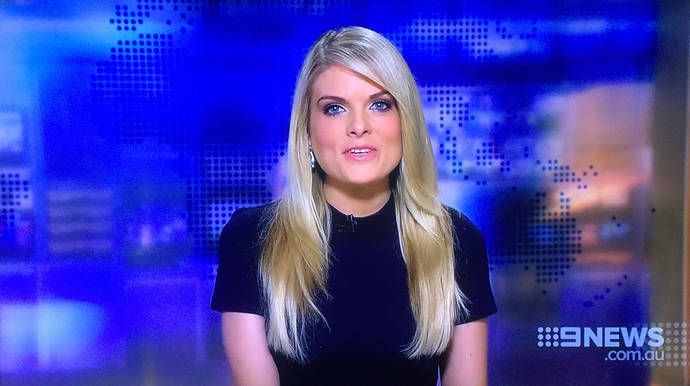 Here is a before and after.

Proper caps of said glitch, personally I think that the backdrop doesn’t look too bad with the lights out myself: 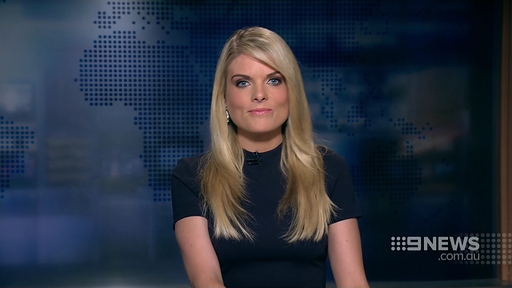 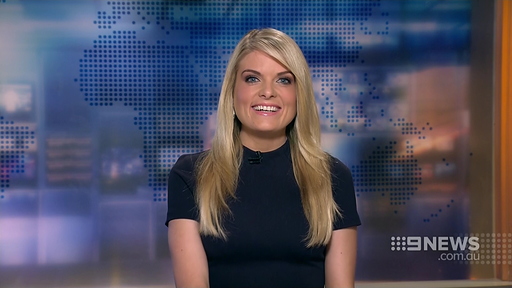 Also, sharp eyed viewers would’ve noticed this error with the “NRL Ladder” Full Screen Graphic during Sport. Maybe the person who did it was a Broncos fan? 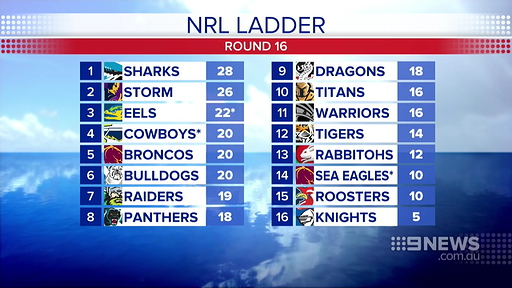 I compared the ladder above with the one at the NRL app and Nine had given two extra points to the Eels.

I couldn’t see anything wrong with the ladder either… but yes, you’re correct, the Eels total is wrong in Nine’s graphic above.

Good pick-up on that, but of course I was referring to how there was a Broncos icon where there should’ve been a Sea Eagles one!

Ah, that is an EXTRA good pick up…and as it’s very small, I’m sure 99% of viewers wouldn’t have noticed. 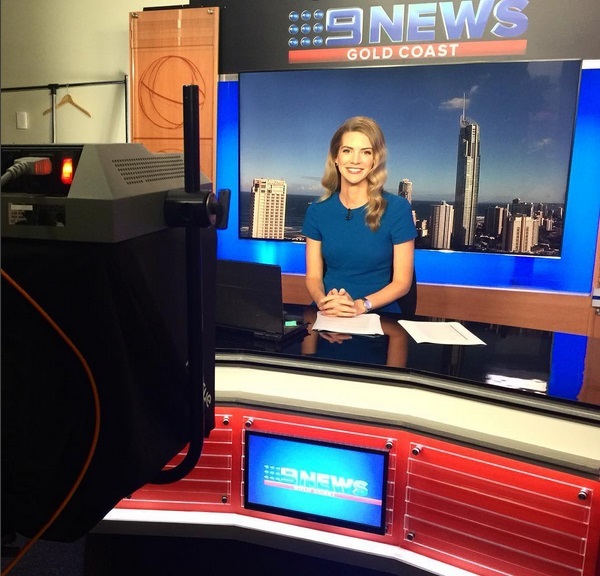 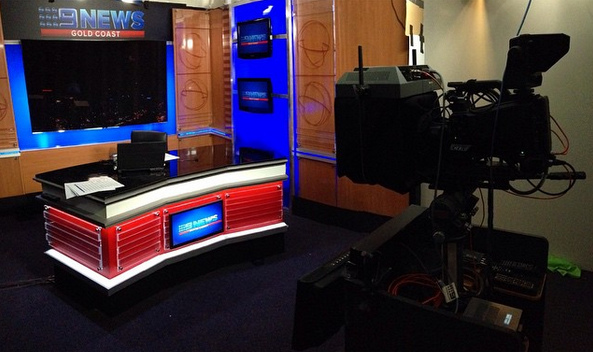 I’m looking forward to seeing what happens set wise for the Gold Coast. The current set is tiny, essentially tucked away in a corner and from all broadcasts I’ve seen over the years, it’s always been that way, so it’ll be interesting to see what they do to expand the size of it.

With only one camera on the current news set, one would think an upgrade/expansion would be in order for the new double header, so hopefully they go all out and upgrade for HD broadcast.

Not sure if this helps, but on Friday nights there is a segment about the weekend GC Bulletin (obviously prerecorded) but shows a potential different camera angle. 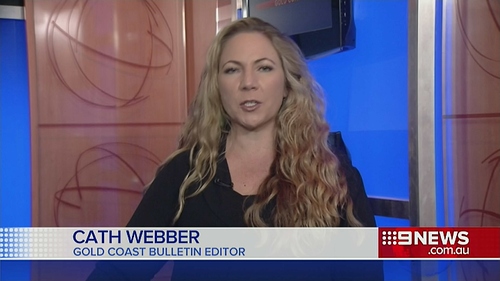 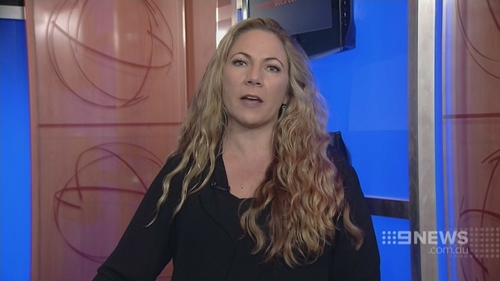 Was the footage of them “presenting” from a past special bulletin? Or has this been setup for the promo?
Quite a decent promo IMO

Think it was staged for the promos 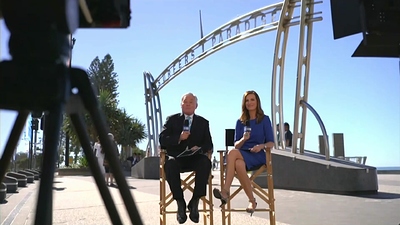 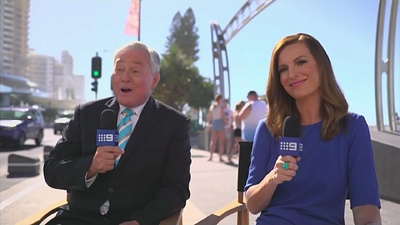 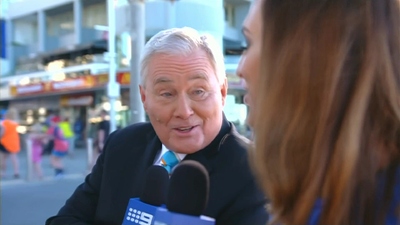 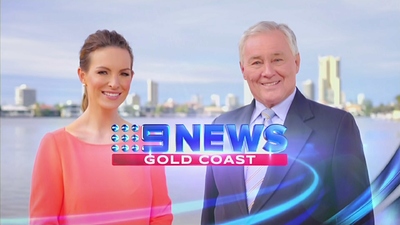 PS - promos are saying “from 11 July” - I thought original stories said 4 July but that is Seven’s bulletin.

Great to see Wendy Kingston joining 9 News Gold Coast! I think her and Bruce will make a great team.