Newshub (including The Project NZ)

I wonder how many rehearsals they needed to do before that show?

So it was pre-recorded?

You’d have to assume so given the subtitling. You couldn’t genuinely pull that off in one go live.

There are a few continuity errors with mugs and papers. 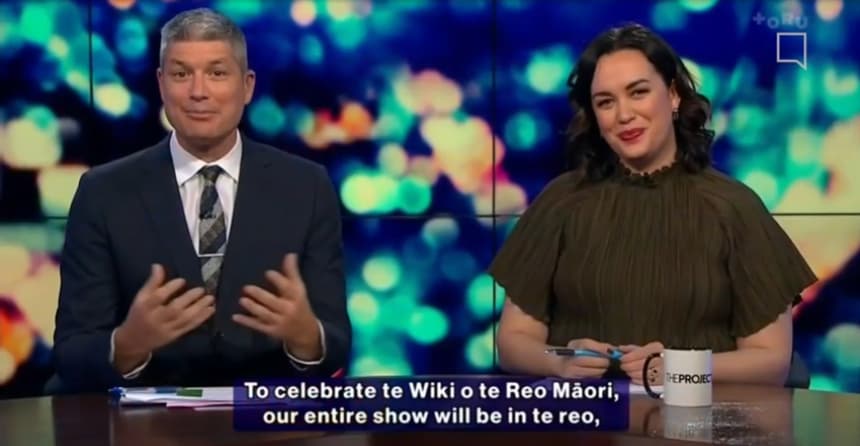 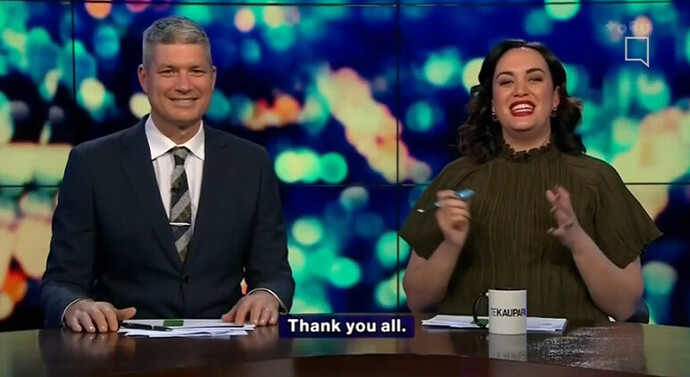 Mike McRoberts and Amanda Gillies presenting AM this morning. 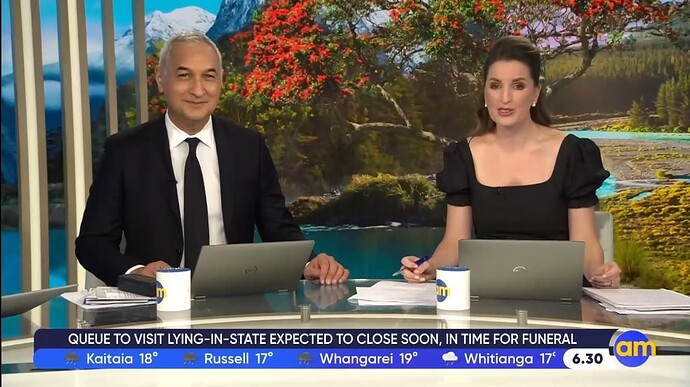 Edit: Looks like McRoberts is busy with his shifts today, on duty for the main 6pm bulletin. 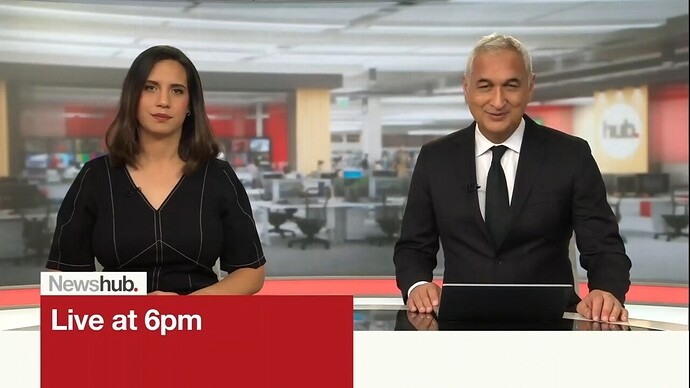 No, the game was cancelled. But seemingly
resources hadn’t been allocated to Prime News for Sunday due to the game so no bulletin was produced.

Patrick Gower has apologised after dropping F-bomb during Adern’s interview before the state funeral on Monday evening. 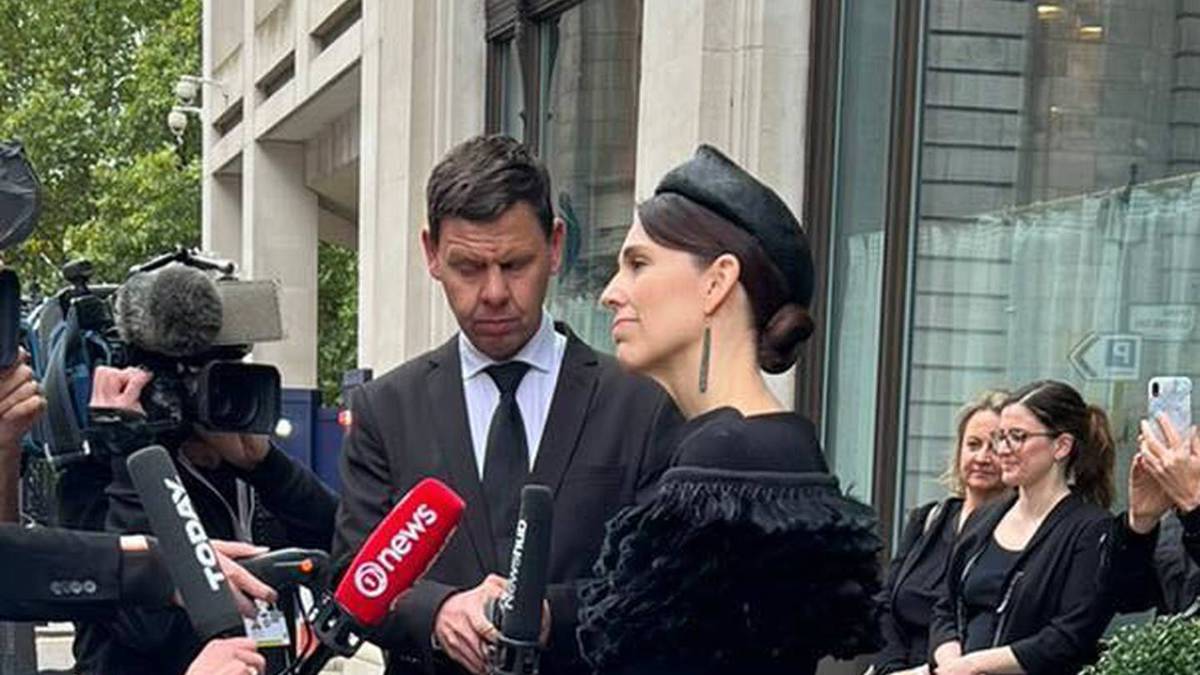 Paddy Gower has come clean about his filthy language. 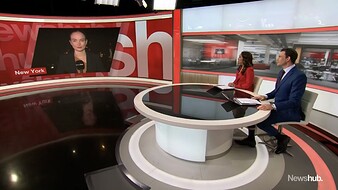 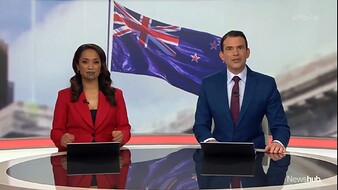 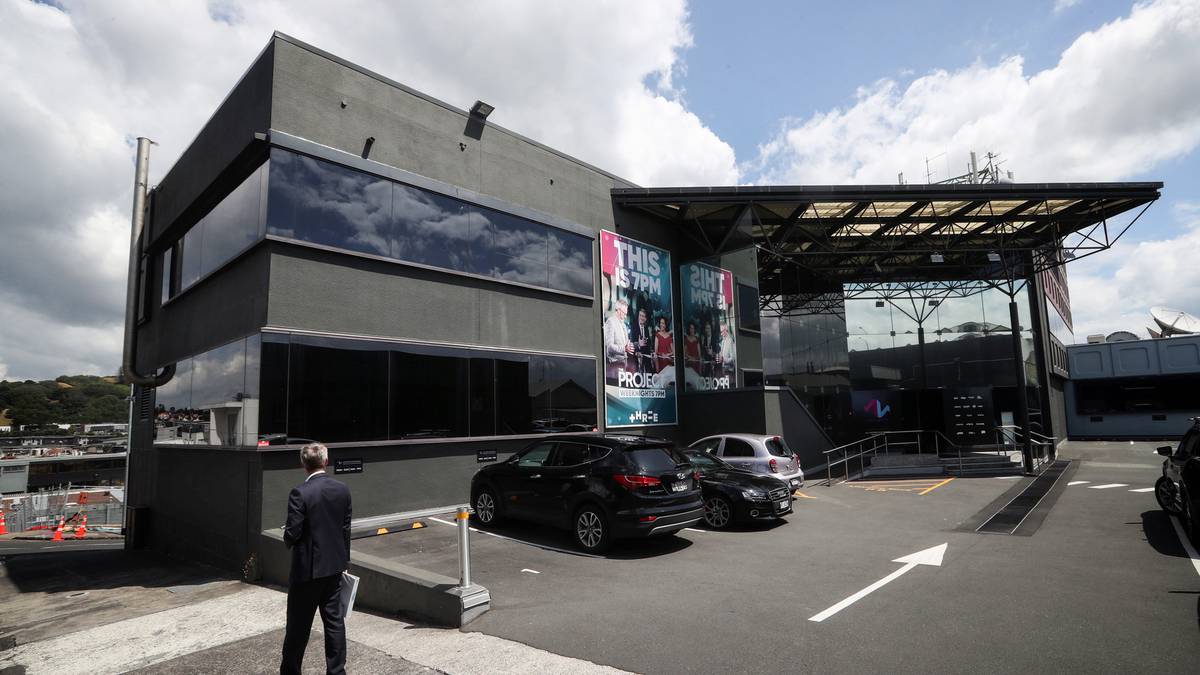 Jobs on the line as Three owner launches restructure - source

Further changes are under way at the media and entertainment giant.

A source who works with Warner Bros. Discovery told the Herald that they believed 80-100 people were notified of the proposed changes, which would lead to the loss of some roles.

Discovery wouldn’t provide the exact number of roles that would be restructured, but the Herald understands the number to be around 10. 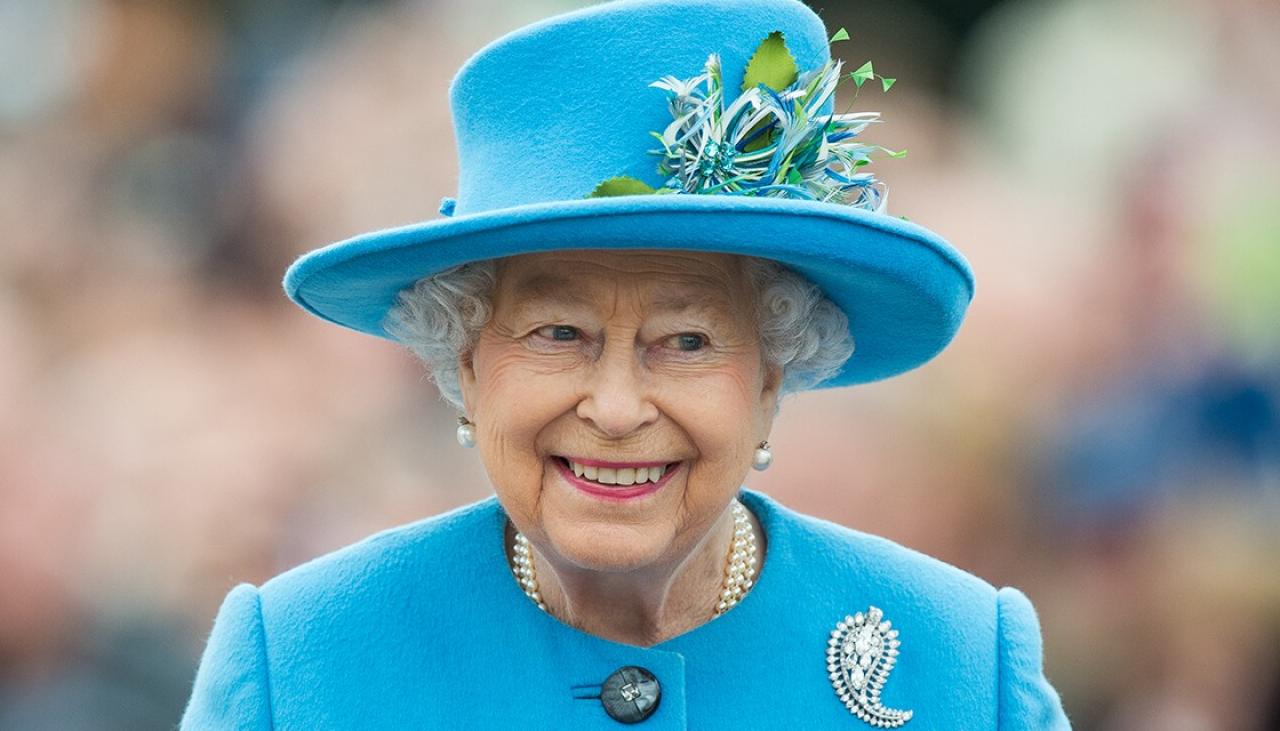 It will start at 1.00pm with a special co-hosted by Melissa Chan-Green and Patrick Gower.

As the “Official Broadcaster” no less! What on earth were TVNZ doing this week?

I would say it’s not a major. The death ended with her funeral. The national memorial service is a waste of time and resource.

Losing track? They still out rate Newshub every night.

It’s more or less a symbolic gesture now than anything properly meaningful. Though major or not this is a bit of a win for Three.

Didn’t they do another service or similar a couple of years back instead of TVNZ? My memory is deserting me, but I’m sure they have done something before like this.

Ryan Bridge is anchoring AM solo on this public holiday morning, albeit with a bit of support from Nicky Styris who is reading news and did AM Early

Bernadine has been in Hawaii over the weekend, not sure when she will return