Another easy win for Nine across the 5-cities, winning all markets except Perth. Seven ranked second overall despite ranking fourth in Melbourne, with ABC third. 10 ranked fourth in total people but second in key demographics.

Really good figures for 7:30 and the interview with Malcolm Turbull. Managed to watch it earlier this morning. I thought it was great.

Lego Masters still huge but way down on last year. Perhaps Nine should have branded their miniseries Underbelly: Informer 3838. Or maybe the franchise has just run out of steam.

Lego Masters’ second episode last year pulled 1.054 million so last night’s figures were just a little behind. MasterChef meanwhile was well up on last year’s first team challenge which got 664,000. It also beat Lego Masters in Melbourne which is impressive. Apart from the season premiere, MC has been averaging around 400,000 viewers in Melbourne, so 10 will be hoping the show stabilises at around that mark and build from there.
Great figures for 7.30’s Malcolm Turnbull interview.

I think it had to be renamed because they’d exhausted the government funding for anything under the ‘Underbelly’ banner (someone may need to give more info on this because my memory is vague).

Prime time shows outside the top 20

LEGO Masters was a dominant timeslot winner in 5 City with People 25-54, GS + Child, Total People and was the most-watched non-news program of the night in Perth.

Nine News 6pm was the No. 1 program of the night in Brisbane and the most-watched news bulletin in Melbourne.

Not what I was expecting for Informer 3838, a bit low. Probably didn’t help that it was a 2 hour episode. Could’ve cut that down if they didn’t have a shit load of ads.

I didn’t think 600-700k was that bad for drama. Surely the fact that streaming is doing so well will help sell it to one of those platforms as well.

7flix pulling the younger multi demos. Friends/seinfeld starting to fatigue now as they are appearing in the demos less and less.
Also it’s total people share dropping back way below 2%.

All multis seem to be down last night, though doesn’t seem to be a trend - yet.

All multis seem to be down last night

Yes, it might be as a result of the competition from the main channels (ABC current affairs shows, MC, Lego, Informer 3838, HR all pulling decent audiences).

Yeah 7flix doing well in the key demos from The Simpsons.

I thought Informer 3838 did alright on what was a competitive night. And it finished at 10.50pn too.

The 7.30 Interview did well too

LEGO still doing well but Masterchef is really giving the show a run for its money in the youngest demos. House Rules doing about the same as last year, ie not amazing but still better than MKR.

Very impressive figures for 7.30. Informer 3838 doing quite well for a show that was 2 hours in duration and finished close to 11pm. Didn’t help Nine’s late bulletin though. 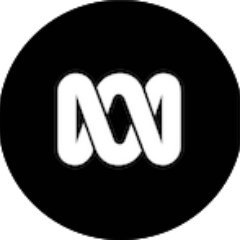 The former prime minister’s lengthy interview about his book, A Bigger Picture, with 7.30 host Leigh Sales was watched by 940,000 metropolitan viewers on Monday night, ranking eighth on the TV ratings table.

The interview trailed behind the evening news programs on the Seven and Nine commercial TV networks, plus a Lego-building competition show.

The Australian is so petty. They are doing this deliberately. For an interview to get those figures is outstanding within a broader context. I think the ABC has every right to defend its turf when it’s very existence is constantly threatened by extreme right wing forces. Whilst they don’t care about ratings it’s a good market to see if their content is resonating with audiences.

Since MasterChef is doing well this year, and we know how much News hates 10 ATM, I waiting for the negative articles to start appearing.

It’s simply not The Australian without something in their articles to bash ABC every week.

940,000 metro viewers is a respectable figure not just for the ABC, but any TV network in this day and age!

Not surprised when Turnbull has totally exposed Murdoch and the way he controls politics.