A few people have been asking if it’s true that a new Vault is coming so I guess the cat is now out of the bag. Yes it is, but the front end design is still being constructed. It’s probably a month or two away.

Nice. So what does your media gallery contain? Screen caps and YouTube vids?

God damnnnnnn heck yeah. I’m sure you have the old vault backed up somewhere yeah?

Unfortunately not. No one saw it coming I’m afraid. However I do have a collection of downloaded screen caps and videos dating back to ~2000. I’m sure other members out there have similar collections. 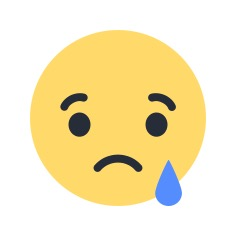 My HDD I kept all my archives from STW when they were WIN owned and WIN WA when they were with both 10 and Nine, it died a few weeks ago. First time ever I had a HDD fail on me. I was devastated about it. Did look at getting data recovered but could be very costly so just took the loss and accepted it

Do you still have it? I have a friend who can recover disks. Would you be keen posting it to me?

Only one way to find out.

Hold on to your collections for now. Vault staff will be handling incoming media and we’ll work out an easy way for members to send through their stuff very soon.

The link to the vault is archived, but it doesn’t appear any of the content is. :’( Oh well, it was worth a try. I may have saved the website pages themselves, I’ll see if I did.

If you only saved the webpages (ie Save As in Chrome) you may have the same problem with no imagery saved.

It appears I only saved some pages, but not related to the vault.

Maybe Google Images can still find pics from the old vault? Or maybe some of the sites data is cached?

Way Back is probably the most reliable archive on the internet. If it’s not there then I don’t like our chances.

I’m trying to find older archives of the Media Vault to see if it saved older versions. Tried caching websites, no dice.

The vault changed URLs a few times IIRC so possibly if you search for them, you could find some success?

I do remember at times the URL was:

I had checked both mediaspy.org/vault and it redirected to mediaspy.org/content/vault. I haven’t checked vault.mediaspy.org, so I’ll give that a go soon. I won’t give up just yet!

There may be some archived content at Pandora: http://pandora.nla.gov.au/tep/100803

Yeah I do remember the URL being changed at least once back on the old forums (mind you, I joined in Sept 2011 so I’m still green compared to the old farts of the early/mid 2000s).

Back in my ‘early days’ (shudder), there was a separate News page run by Mark and I believe the Vault’s URL change came about when that News section was folded into the forums. I can’t remember exactly when that was, but it was sometime in 2012/13 (maybe mid-to-late 2013), which might be helpful for anyone using archive searches. Now that I think about it, this forum has a fairly interesting history

Before then, I have no idea. There’s a Wayback portal to the forums in 2004 out there.

Fantastic news @WAtvVideos. I was wondering what you had decided on.

There’s quite a bit of content on the Pandora link provided above. But unfortunately it looks like the latest link from July 2015 (which would have the most recent of uploads) doesn’t load any of the links from the vault. I’ve found some bits and pieces from other places too.

[quote=“ADstv, post:7, topic:2227, full:true”]
My HDD I kept all my archives from STW when they were WIN owned and WIN WA when they were with both 10 and Nine, it died a few weeks ago. First time ever I had a HDD fail on me. I was devastated about it. Did look at getting data recovered but could be very costly so just took the loss and accepted it

[/quote]I wasn’t going to mention this (too depressing to think about it), but I actually saved quite a bit stuff from the old vault and had a similar thing occur to me and lost the lot earlier in the year. Shame cause they would’ve been handy right about now…