do you actually have anything to discuss or just creating a thread for the sake of it?

I thought of making one, seeing as we have a Simpsons thread.

If it just something incidental, maybe just put it on the 7mate programs thread.

Staff have agreed to a number of changes as outlined below

Catchup Services
From now on, the Streaming section of the Television Forums will be for streaming-only services (Netflix, Apple TV+, Stan etc), discussions relating to the catchup services will move to their appropriate network section

Show Discussion
We have previously limited discussion of shows in their own threads, but in an effort to (hopefully) generate some more discussion, we will allow new threads to be opened to discuss shows subject to the following rules:

Depending on how things go we may look at creating a specific TV Show section.

Anyone who’s read our FAQs, will know that we have a section titled “Be Agreeable, Even When You Disagree” (If you haven’t read the FAQs, now is as good a time as any to acquaint yourself with whats there)

This is a key tenet in our desire for Media Spy to be a “safe” discussion space of a wide range of issues, but it has become obvious that we are witnessing somewhat of a shift away from this. I know recent times have been tough for a lot of reasons and it’s not unreasonable that it has affected how we interact (both online and offline), but it’s important that we don’t allow it to have a negative impact here (and generally)

We (site staff) don’t have a lot of rules and try and take a pragmatic approach to applying the rules that we have and we’d like it to stay that way, but that requires everyone’s help.

I’m also aware that some members (and ex-members) have expressed some unhappiness about the site (including on other fora) - it’s important that you know that this is something that the staff discuss regularly as we strive to make Media Spy a better place - if this sounds like it could be you, please reach out to raise your concerns

Future of the Mocks Section

We’re calling on feedback (either via this thread, or via direct DM) on the future of the Mocks section of the forum.

Why you may ask - well, it’s part of our continuing review of the makeup of the forums. The staff has discussed the future of the Mocks section for some time - especially given the majority of “traffic” in that section has changed dramatically over the last little while. But the staff realise that this could be considered to be a significant change (and likely to be the most significant change since we moved away from the “celebrity/presenter” threads what is now a decent amount of time ago.

While the mock section has been something that we’ve had for some time, its something that probably doesn’t have the same level of following it did in the past - we also noticed that when the UK based TV Forum closed earlier this year, its replacement elected to drop their mocks section. That’s not to say that we would necessarily follow that, however, it is something that did act as a starter to the discussion of the section’s future here.

Before we make a decision, we’d like to get a better understanding of how people feel about the section itself and in particular whether the section should remain or be phased out in the future (if it was to be phased out, it would be unlikely to occur until the new year at this stage)

Please leave your comments in the new thread I’ve created for this:

What happens if i click this “Do not disturb” ?

I’m guessing it means I can’t be PM’d other than by moderators? 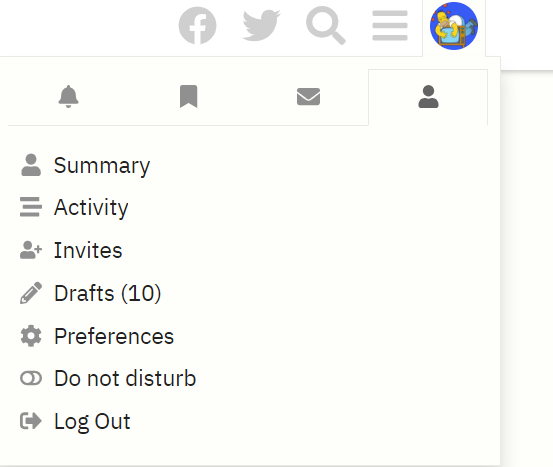 I presume it means no notifications for a set period of time.

I’m told President Xi arranges for your front door to be welded shut.

the thread will unlock at 2.00pm AEDST

This is aimed at the people who use the MediaSpy Air theme - yes it’s changed (its been updated), yes the avatars can look a bit strange on the latest view

Has there been an update where a poster’s profile pictures moves when you scroll up or down a longer post?

Are we doing Media Spy Awards this year?

Whoever changed the layout on The Latest page, with the smaller text size for the categories and bigger gaps in between the topics - it’s amazing, thank you. So much easier to open a whole bunch of topics in other tabs without accidentally opening the category pages underneath. Just wanted to give some positive feedback

I logged into the forum this morning and noticed the list of topics on the right were blank. I am using Firefox version 94. 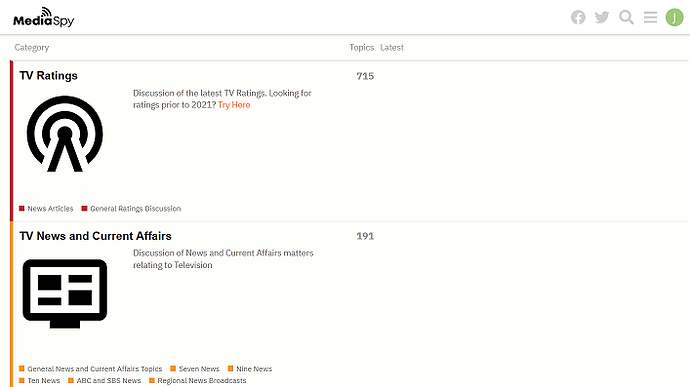 Hmm, I wonder if its a Firefox thing - its showing when I use Chrome and test in Safari 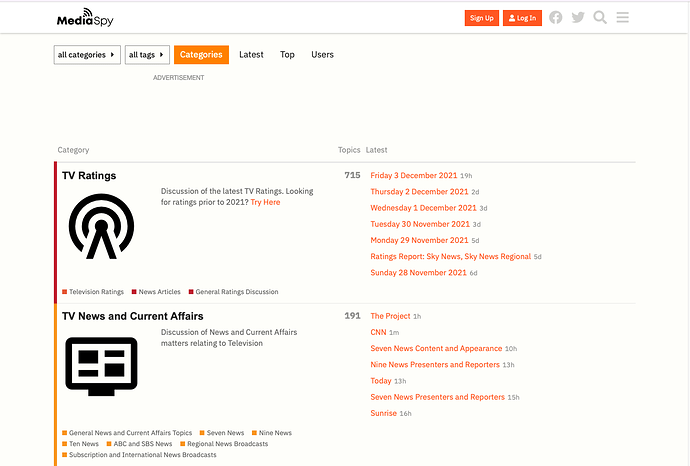 The topics also show up when I open it with Microsoft Edge (I don’t have Chrome on my laptop).

So I will use Edge to browse the forum for the time being.