Im pretty sure SBS had live covreige of this, this morning via France 24 English version.

Quite scary though that the party received its highest vote ever.

Quite scary though that the party received its highest vote ever

Just goes to show that since Trump right wing extremists have been on the rise around the world. Idiots and unwashed Neanderthals who are a useless plight on society.

This Le Pen woman wants to ban the hijab because she thinks Muslims and immigrants are threatening her vision of the French identity. Then all those grubby links with the Russian banks and Vladimir Putin. Spare me with this load of rubbish.

Spare me with this load of rubbish.

Maybe spare you. But it’s scary 43% of the population is sharing the same views… we currently live in a very scary world.

As someone of Filipino origin, I’m bracing for the result. 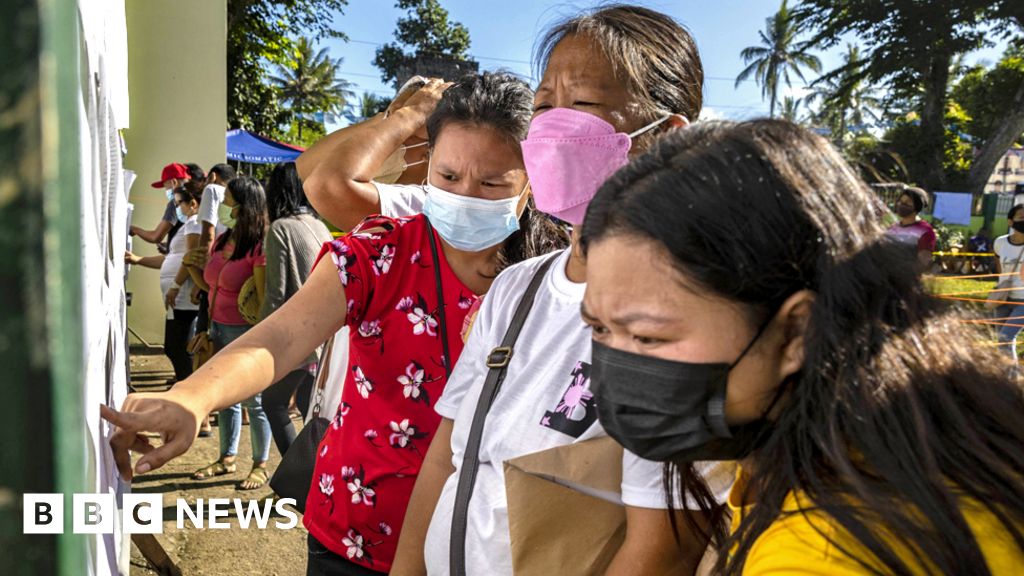 Millions are casting their vote in an election that could see the Marcos family sweep back into office.

What is your opinion on whether they would be good or bad for the country?

Admittedly, if Marcos Jr does win the presidency - he would be definitely milder and more ‘presidential’ than his predecessor Rodrigo Duterte. That does not distract from the fact his father’s legacy caused so much pain for the country, and yet the masses there have fallen for their propaganda. It’s not a good look on the world stage.

Look, I’d take Manny Pacquiao being president than the return of the Marcos clan! (He’s running as well this year).

i would take any one else then marcos

Corazon Aquino would be rolling in her grave. 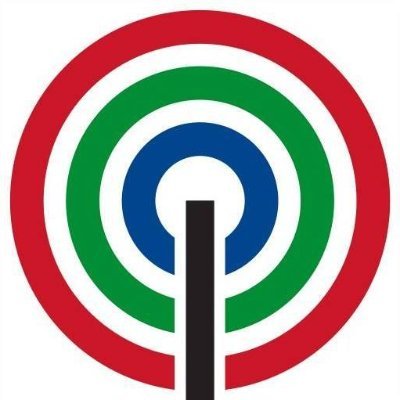 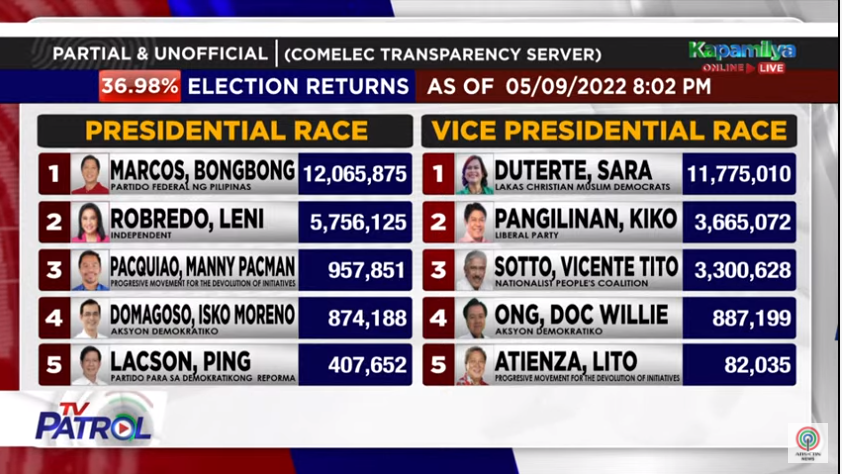 so marcos and duterte 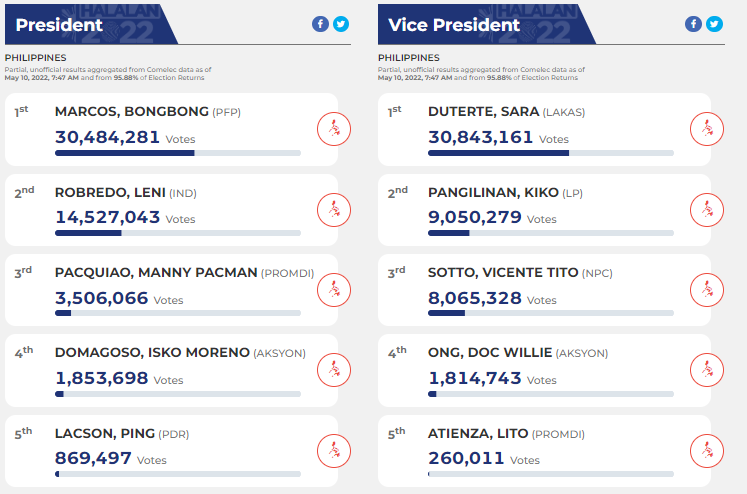 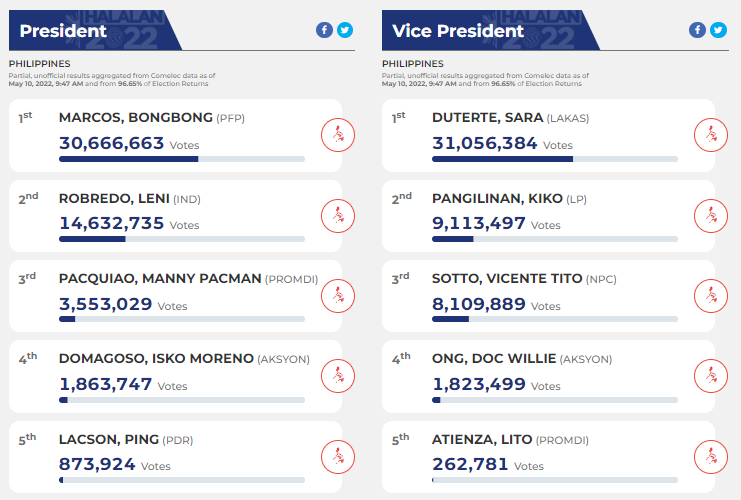 I hear conflicting opinions on this. I know Philipinos who are dead set against Marcos being in power. And then there are other that are so against Leni being in power. Leni had her chances in the last 20 odd years being in a position to make change which she never did. When you have a bunch of elitist supporting you it turns you off the general public which happened to Leni.

Marcos is not perfect. So don’t get me wrong here. But he probably should be punished for something his family did 30 odd years ago. He has come out in support of LGBTQ rights. He has promised to unify the leaders and people. He wants to lead the pandemic recovery, assist with farmers and push renewables.

I think the issue people have with him is the fact he hasn’t answered media questions (probably those that largely support Leni anyway). His history with his father and the fact people think he is brainwashing people.

I don’t know a lot about it and I don’t really know what to trust but I literally had two conversations yesterday with Filipinos and one was for Marcos and the other was for Leni. It really does seem to be a divide.

I also read reports that the outgoing president Rodrigo Duterte opposed his daughter Sara to run for vice president alongside Marcos Jr, and only gave his blessing in the days leading up to the poll.

I don’t know a lot about it and I don’t really know what to trust but I literally had two conversations yesterday with Filipinos and one was for Marcos and the other was for Leni. It really does seem to be a divide.

Correct, the whole country is split among Marcos Jr and Leni. Even parts of my family have split in to the camps of two.

But he probably should be punished for something his family did 30 odd years ago.

He is absolutely a product of his father’s corruption. He wouldn’t have the status he has now without those connections - especially in his home region of Ilocos Norte.

Now, Bongbong is a different person and we have constitutional protections now that the country didn’t have when his father ruled - but his rise to the presidency is a spit in the face to those who fought for freedom from his father in the 70s and 80s, especially when his family have been trying to play down the effects of their actions to the whole country.

I just hope now Bongbong will be wiser than his father, and help unify the country moving forward. Apart from a few niggling issues with the vote counting machines, I don’t have a problem with the results. The people have spoken.

Regardless of what people think, the fact that Marcos Jr and Duterte’s daughter got in reeks of stinking corruption. You know the voting system is schmucked when the offsprings of the country’s most brutal leaders can win it in a landslide whilst others don’t even stand a chance purely based on nepotism.