Ben Cousins has been jailed for one year for stalking and driving under the influence of drugs and alcohol.

Tonight a missile attack has been ordered by President Trump and carried out by the US military on a Syrian military airbase near Homs, where chemical weapons were launched from a few days ago. 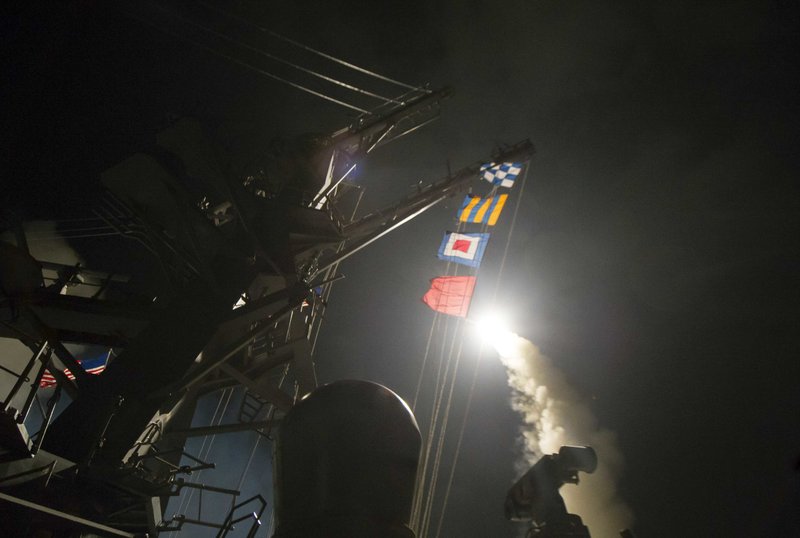 PALM BEACH, Fla. (AP) — The United States blasted a Syrian air base with a barrage of cruise missiles Thursday night in fiery retaliation for this week's gruesome chemical weapons

John Clarke, best known as one half of the comedic duo Clarke and Dawe, has died aged 68.

Very funny guy. Sad news.
Won’t forget ‘The Games’. That was a great show.
He is also in the logies hall of fame.

3 posts were merged into an existing topic: Manchester Attack Varadkar will be voted in as prime minister when parliament next sits on June 13.

A few firsts there in Ireland. Varadkar is the son of an Indian immigrant, will be the Catholic country’s first openly gay prime minister and at 38 is the youngest person ever to hold the office.

2 posts were split to a new topic: London Bridge Emergency

Some well known and lesser know media figures were recognised in the honours list released today. These include the following (with media credits listed).

###Companion (AC) in the General Division of the Order of Australia
####Ms Catherine (Cate) Elise BLANCHETT, NSW
For eminent service to the performing arts as an international stage and screen actor, through seminal contributions as director of artistic organisations, as a role model for women and young performers, and as a supporter of humanitarian and environmental causes.

###Officer (AO) in the General Division of the Order of Australia

####Mr Antony John GREEN
For distinguished service to the broadcast media as an analyst and commentator for state and federal elections, and to the community as a key interpreter of Australian democracy.
Service includes:
Election Analyst, Australian Broadcasting Corporation, since 1989.

###Member (AM) in the General Division of the Order of Australia
####The Honourable James Glennister COX
For significant service to the Parliament of Tasmania, to local government and the people of Launceston, and to road safety.
Media:
News Presenter, Southern Cross Television, 1970’s-1980’s.
Radio Presenter, 19702-1980s.
Logie Winner, Most Popular Television Personality in Tasmania, 1979 and 1981.

####Mrs Patricia Anne NEWTON
For significant service to the broadcast media as an entertainer and presenter, and as a supporter of charitable and medical research foundations.
Service includes:
Entertainer, television personality and radio presenter, since 1956.

###Medal (OAM) of the Order of Australia in the General Division

####Mr Francis Edward CLARK
For service to the community of Ballarat, and to people who are deaf or hard of hearing.
Service includes:
Presenter, Saturday morning program, Radio Ballarat 3BA, since 1968; presenter of other speciality programs during the week; Creator, series of Christian Good News radio spots.

####Mr Colin Richard HODGES
For service to the horse racing industry as a radio broadcaster.
Service includes:
Race broadcaster and journalist, since 1970.

For service to the performing arts as a comedy writer for television.
Service includes:
Comedy Writer, for a variety of Australian television personalities and international artists, since 1963.
Television shows have included ‘In Melbourne Tonight’; ‘The Graham Kennedy Show’; ‘The Don Lane Show’; ‘The Ernie Sigley Show’, and ‘Tonight Live with Steve Vizard’, and also for a number of television ‘specials’ hosted by Bert Newton for the Nine Network.

London fire with reports of people trapped on upper floors. 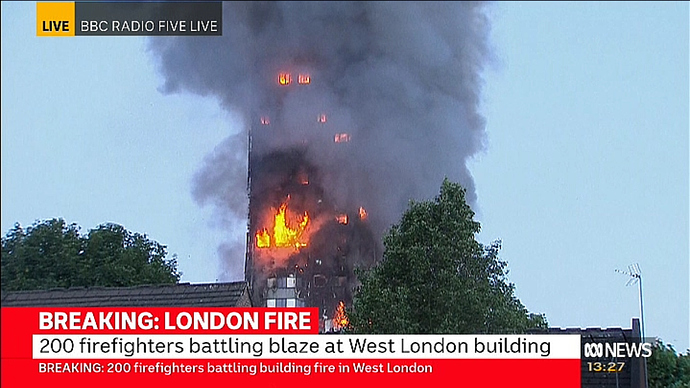 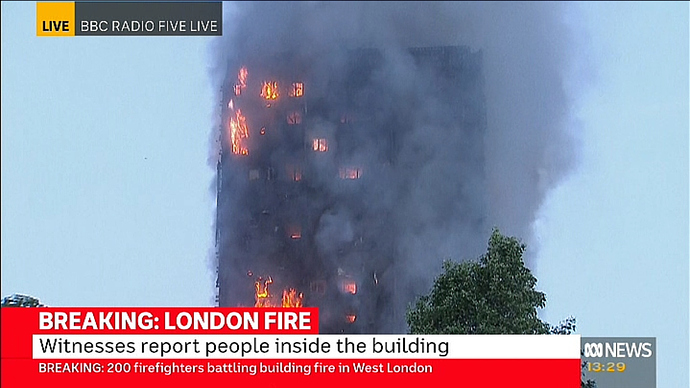 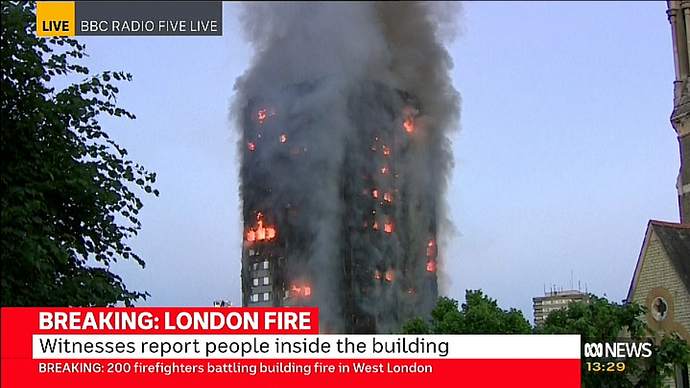 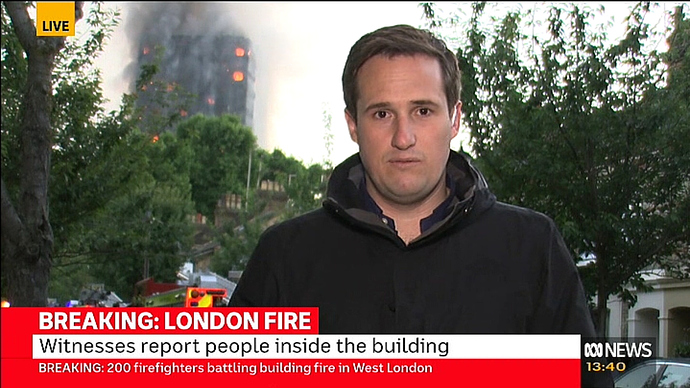 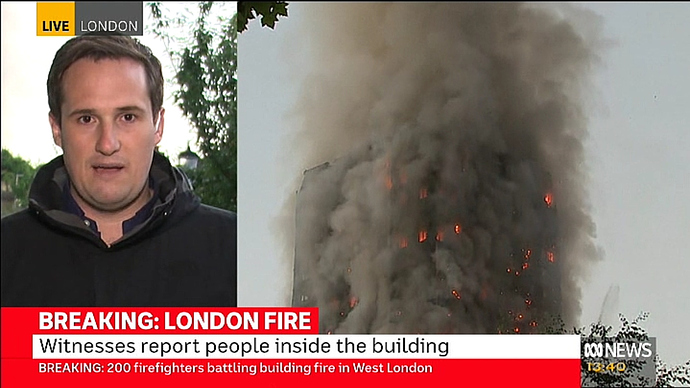 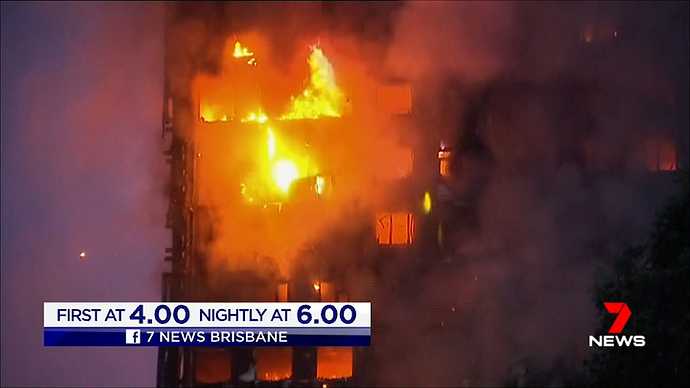 Reminds me of 9/11. Was listening to BBC Five Live on the bus before. Harrowing.

BBC News at Ten opener of the disaster:

BBC World News the morning of 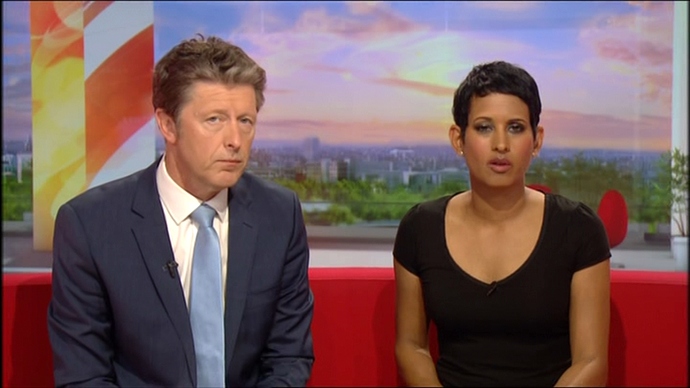 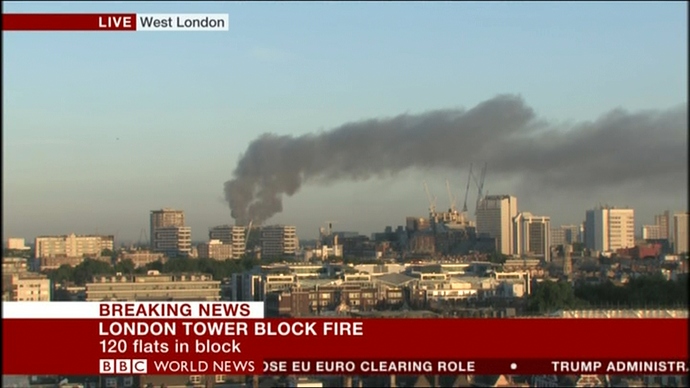 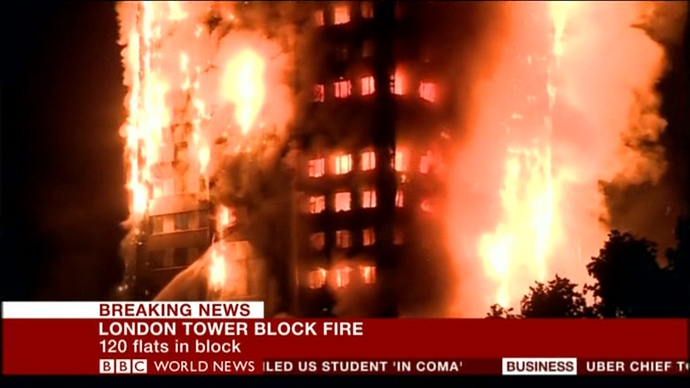 It is a little stupid to broadcast live from a protest like this one, especially when emotions are so raw. He was asking for it. 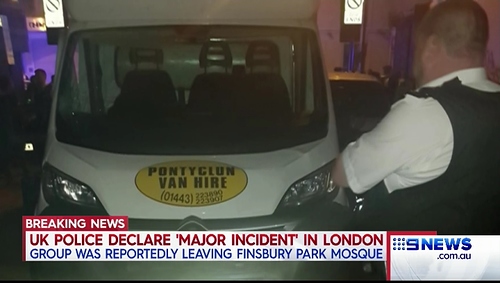 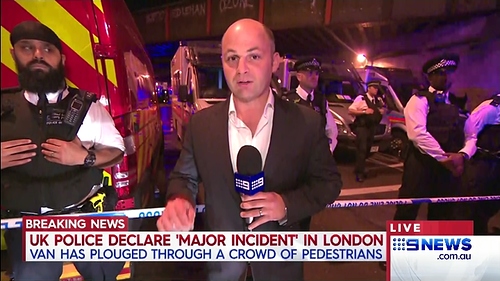 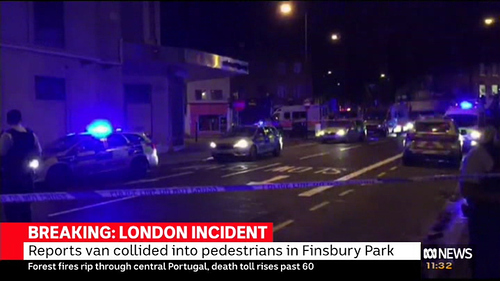 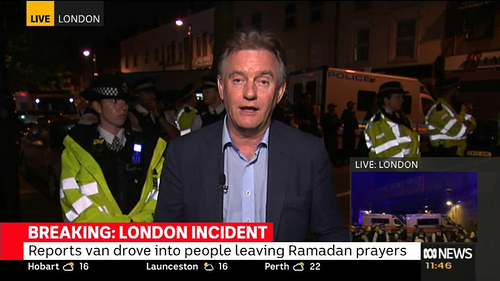