3-part BBC mini-series The War of the Worlds will premiere on FOX ONE on November 7 and 8. Airdate: The War of the Worlds

Nice to actually see the Fox ONE logo! I’m unsure if it will be channel 101 or channel 119, since Foxtel stated FOX Crime would replace TV!Hits (leading into a 10 Bold-like situation where an obscure channel owned by the network is the first channel to show up)…

That font choice in the logo is terrible.

The use of the number 1 digit rather than the word would look better too I think.

The ONE text looks a bit squashed.

When they take over the ABC and Channel 7…

FOX ONE will be home to the world’s most addictive and entertaining dramas, and will launch on November 7 with the explosive mini-series War of the Worlds . Airing over two epic nights (Nov 7 & 8) and available to stream On Demand, this latest adaptation of H.G. Wells’ seminal tale is set in Edwardian England and follows George (Rafe Spall) and his partner Amy (Eleanor Tomlinson) as they attempt to defy society and start a life together, while swerving the ongoing chaos of an alien invasion.

Also premiering on FOX ONE in November are two of the hottest new series from the US – All Rise and The Prodigal Son.

Foxtel’s inside look into everything happening on screen and in Hollywood. 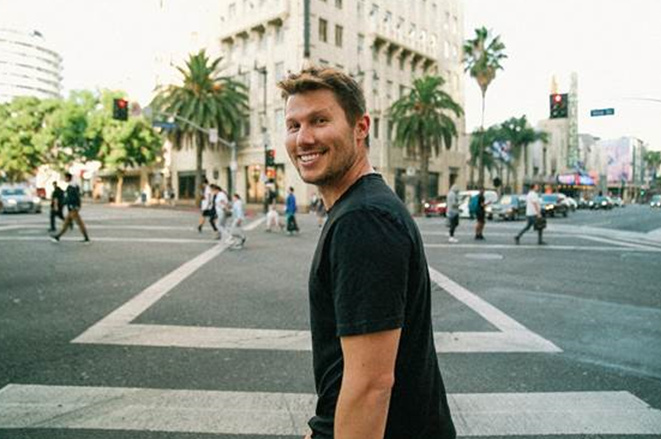 The Watchlist is a brand new prime-time entertainment show that brings viewers up-to-the minute news on the biggest TV shows, movies and events in Hollywood and the US, screening Saturdays on FOX ONE, Foxtel’s home to the world’s most addictive and entertaining dramas.

Hosted straight from the streets of Hollywood by Australia’s Jason Dundas and entertainment reporter Sussan Mourad , The Watchlist team brings audiences a first look at Foxtel’s newest series, big drama premieres, the latest blockbusters, award shows and behind the scenes extras you didn’t know about your favourite Foxtel movies and TV shows.

With unprecedented red carpet and on-set access, every half-hour episode is a must watch for TV and movie fans. In episode one, now available to stream On Demand, Sussan Mourad chats with Australians’ making it big in Hollywood at the AiF Awards, including actress Ruby Rose about her iconic lead role as Batwoman screening on FOX8 and breakout Succession star Sarah Snook, following her success on the hit HBO drama. Jason Dundas also previews some of the hottest new series out of the US– All Rise a CBS courtroom drama and Prodigal Son a crime drama from FOX, both premiering this week on FOX ONE.

Originally from Sydney, host Jason Dundas started his television career on Foxtel when he won a contest to become the host of MTV Australia. Since then Jason has hosted prime-time TV shows in both Australia and America and in 2016 launched Dundas Media, a full service content creation company based in LA. On each episode of The Watchlist Jason will be joined by TV host, media personality Sussan Mourad to bring viewers the best and biggest TV shows, movies and events from Hollywood.

The Watchlist is produced by Dundas Media in conjunction with Foxtel and screens as a half-hour format Saturdays at 9:30pm, with highlight segments every night on FOX ONE, Foxtel’s home to the world’s most addictive and entertaining dramas. Episodes will also be available to stream On Demand.

yep your right . foxtel just made it offical tonight . outlander will be in foxone

Season 5 premieres on FOX ONE on February 17. Epic romance is fast-tracked to Foxtel from mid-February.

The two US soaps screening on FOX ONE has been renewed.

‘Days Of Our Lives’ Officially Renewed For Season 56 By NBC


Days of Our Lives is currently shown on FOX ONE at 12pm AEDT weekdays, express from the US. It also airs on 9Gem at around 1.10pm weekdays.

‘The Young and the Restless’ Renewed Through 2024

“The Young and the Restless” has been renewed for four more years through the 2023-2024 broadcast season, announced CBS and Sony Pictures Television, taking the long-running daytime dra…

American-British comedy Breeders, created by and starring Martin Freeman, is coming to FOX ONE. In this honest and uncompromising comedy, Paul and Ally are juggling full-time careers, aging parents, a mortgage, upheavals in their relationship

ALL RISE - RETURNS TO PRODUCTION TO VIRTUALLY PRODUCE A TIMELY EPISODE

The new drama series ALL RISE returns to production to virtually produce a timely season finale episode that reflects the world’s current state of the COVID-19 pandemic, social distancing and its impact on the criminal justice system, which will screen Tuesday, May 5 at 8.30pm on FOX ONE or stream on Foxtel Now .

ALL RISE is a courthouse drama that follows the chaotic, hopeful and sometimes absurd lives of its judges, prosecutors and public defenders, as they work with bailiffs, clerks and cops to get justice for the people of Los Angeles amidst a flawed legal process. Among them is newly appointed Judge Lola Carmichael (Simone Missick), a highly regarded and impressive former deputy district attorney who doesn’t intend to sit back on the bench in her new role, but instead leans in, immediately pushing the boundaries and challenging the expectations of what a judge can be.

The show’s consulting producer, former Los Angeles County District Attorney Gil Garcetti, is providing insight into how the justice system continues in Los Angeles, even during the pandemic. Throughout the episode, the series’ characters will be shown managing their “new normal” of everyday reality at home, in order to continue their professional and personal lives, parallel to what the nation is currently confronting.

Written and inspired by current events, the new episode will be produced in groundbreaking fashion for a scripted series, filmed extensively using FaceTime, WebEx, Zoom and other available social media and online technology.

“It’s a unique chance for our ALL RISE family to band together – in our different homes, even cities – to tell a story about resilience, justice and the power of community,” says executive producer Greg Spottiswood.

Virtual footage will be shot in each of the series regular’s homes, and producers plan to use VFX to create the necessary backgrounds. In addition, a cinematographer operating solo from a vehicle will capture exterior footage that reflects the desolate environment that currently exists on the streets and in the neighborhoods of Los Angeles. The entire episode will be shot abiding by social distancing rules and technologies taking place in the world as it exists now. Executive producer Michael Robin will direct.

In the episode, after debating the merits of continuing their work during this time, Judge Benner (Marg Helgenberger) authorizes Lola to preside over a virtual trial that involves a dispute between brothers and a stolen car. Emily (Jessica Camacho) represents the defendant, a graffiti artist, and Mark (Wilson Bethel) prosecutes for the D.A.’s office, marking the first time he tries a case in Lola’s “court.” Also, Mark and Quinn (Lindsey Gort) continue to explore their romantic (and sexual) relationship while quarantined in separate homes; Judge Benner oversees court from afar and struggles to learn how to cook; and Sara (Lindsay Mendez) has to balance her day job with a new side hustle as a food delivery driver. Luke (J. Alex Brinson) and Emily’s relationship is taxed by separation, and germaphobe and type-A Sherri (Ruthie Ann Miles) contends with the new world (dis)order.

Fox One will run out of new episodes of The Young and The Restless by the end of this week.

Young & Restless, Bold & Beautiful Will Run Out of Original Episodes...

Let’s get the not-so-great news out of the way first: The Young and the Restless and The Bold and the Beautiful will air their last original, pre COVID-19 shutdown episodes

Foxtel presents the second season of the drama series FLACK , available to stream on Foxtel Now or watch on FOX ONE from Monday, May 18 at 7.30pm.

Academy Award Winner Anna Paquin stars as sharp and witty Public Relations professional Robyn, who is unflappable in her job of protecting troubled celebrities yet her personal life is spinning out of control.

Season two picks up six weeks after the party where Robyn (Paquin) was caught cheating on her partner Sam ( Arinze Kene ) with her work colleague Eve’s ( Lydia Wilson ) boyfriend and is also shunned by her sister Ruth ( Genevieve Angelston ) for her self-destructive lifestyle. The first episode dives into the messy life of Robyn as she continues to work and attempts to try rebuild her broken relationships and clean up her act, all while discovering she is pregnant.

‘Breeders’ Renewed for Season 2 at FX

Martin Freeman and Daisy Haggard are coming back for more screaming, wailing and swearing at their fictional children. FX has renewed the comedy “Breeders,” in which the two British act…