Possibly a minor change to the radio rights. 3AW were streaming on their own stream through the game tonight in addition to the AFL website stream, and promoting the 3AW app and reading messages from people listening via the 3AW app.

Long overdue if a permanent change.

SEN and Triple M have been streaming on their own platforms all year (in Triple M’s case last year as well) so hopefully it’s not too long now until all radio rights holders can stream their coverage.

I think 3AW will pick and choose which Thursday night match it will cover, should it renew the radio rights deal with the AFL. It will definitely include the season opener.

AFL Nation coverage for Round 22 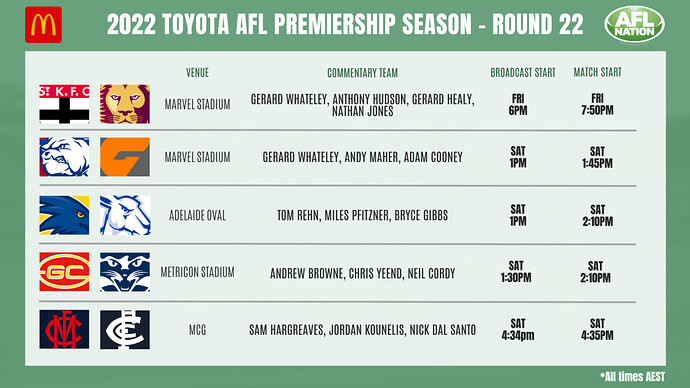 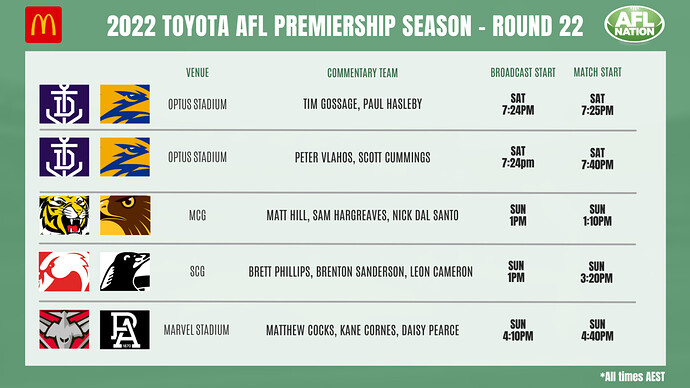 Triple M coverage for Round 22 - Sunday’s Richmond v Hawthorn match at the MCG will be broadcast into South Australia. 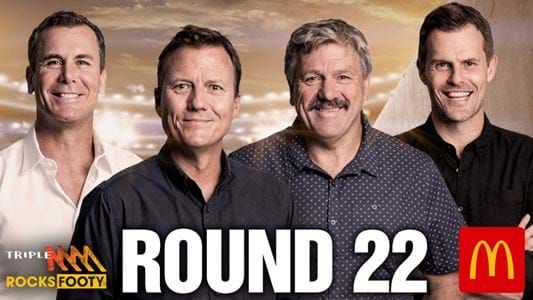 Where and when Triple M Rocks Footy