Same image that was posted 2 weeks ago when the timeslot was announced.

From next Thursday, November 1, Wentworth will be shown at the later time of 11.10pm. Repeats of Endeavour will air at 9.30pm Thursdays.

My Family and the Galapagos 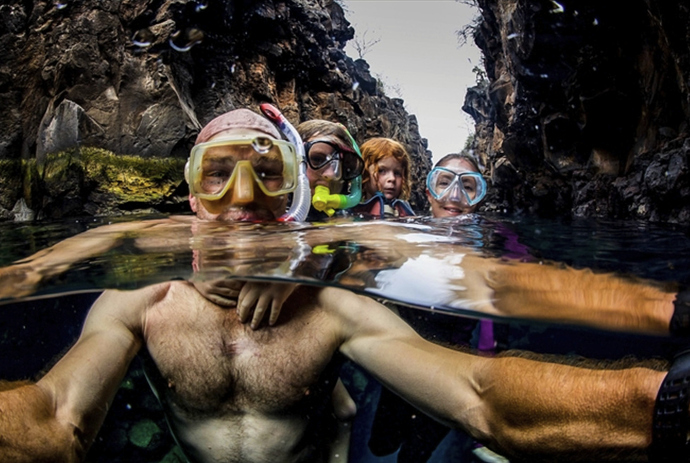 The Halls settle into their new home, where the remarkable wildlife views them as just another animal. They learn about the perils of plastics, shark conservation, and go swimming with turtles. 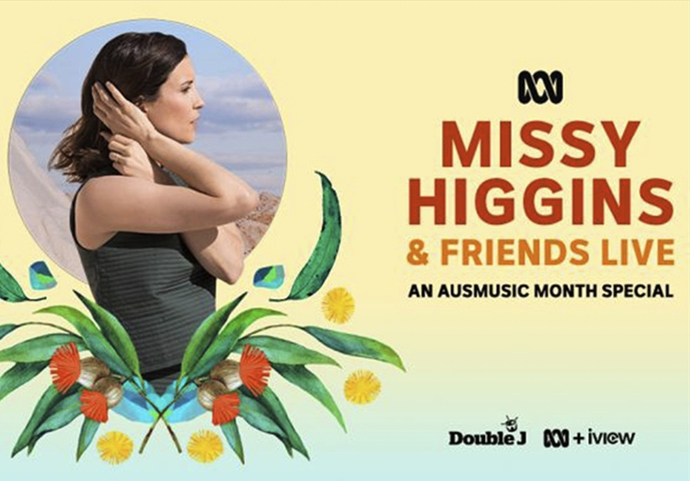 Following previous ABC concert broadcasts from Crowded House and Paul Kelly, this Ausmusic Month we bring you ‘Missy Higgins & Friends Live’. Almost 15 years since her landmark album Sound Of White (6 ARIA Awards, 9 x platinum sales), Missy Higgins will perform some of her most loved songs, live at an intimate show in the Melba Spiegeltent in Melbourne.

Joining her for some collaborations and covers are her closest friends and family, including Peter Garrett, Kasey Chambers, Dan Sultan, Gretta Ray, Ben Abraham and David Higgins, making this truly a show you don’t want to miss. Hosted by Double J Mornings presenter and ABC Music Correspondent Zan Rowe, the 90min performance be aired across ABC, iview and Double J radio from 8.40pm Sun 25 Nov. Want to be there in person? WIN tickets to the show by tuning into Double J and ABC Melbourne next week.

Excited to take to the stage for Ausmusic Month, Missy Higgins says “This show is going to be so fun, I’ve always wanted to play in the Melba Spiegeltent and to have such incredible guests joining me on stage just tops it off. My career all started because of winning triple j Unearthed way back in 2001 so to be invited by the ABC to headline their Ausmusic Month celebration feels like a pretty cool ‘coming full circle’ moment. It’s going to be very special.”

Caroline Wilson’s Andrew Olle Media Lecture will be shown on ABC tomorrow (Saturday November 3) at 11am, with repeats on ABC News channel during next week. 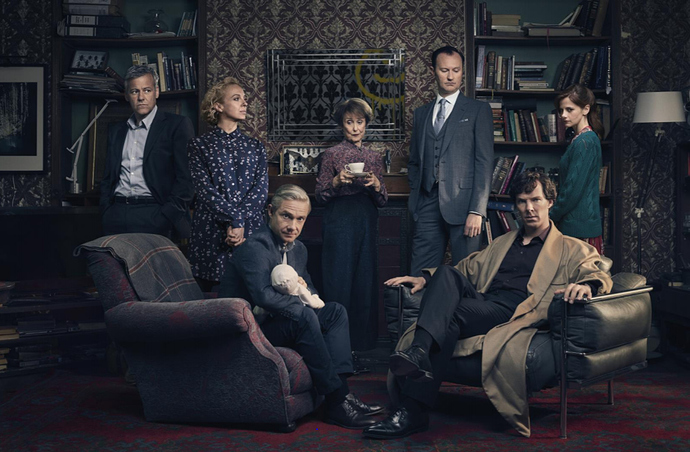 As Sherlock (Benedict Cumberbatch) waits for Moriarty (Andrew Scott) to make his posthumous move, an intriguing puzzle captures the mercurial detective’s attention. But this case is more dangerous than he could have imagined.

There is a dark purpose at work. Something with its roots deep in Mary Watson’s (Amanda Abbington) past. Sherlock and John will face their most chilling enemies yet. Everything they know will be tested. Everyone they know is under threat. Is the game finally over?

The Spicks and Specks reunion special was fantastic. This is how you make an Australian music quiz show. It was spot on, and it’s difficult to fault anything that was in that program. Definitely deserves a Logie award next year.

Loved it. Spicks and Specks makes me smile for entire episode. There is something so very special about it. Would love to see a yearly special. Maybe Christmas?

The revelations are made in tonight’s episode of the documentary series Barrenjoey Road , airing on ABC TV at 8.30pm and in series two of the podcast, Unravel: True Crime . Barrenjoey Road sheds new light on the mystery disappearance of 18-year-old Trudie Adams on Sydney’s northern beaches 40 years ago.

The Barrenjoey Road investigation has prompted Standen to speak out for the first time since being jailed in 2008.

In letters recently written by Standen to Jones and Mercer, the disgraced former officer breaks his silence, detailing an extremely close relationship with the suspected serial rapist and murderer, Neville Tween.

Tween was suspected by police of involvement in a series of murders and 14 brutal rapes on the northern beaches. He was eventually jailed for his part in a major cocaine importation and died in jail.

In the letters, Standen confirms that his family and the Tween families lived for years just streets away on the NSW Central Coast during the early ‘90s, sharing a dog park and tennis court. Later, certain members of both families set up a business together. It’s not suggested that any of those family members knew about Tween’s criminal background.

“Socialization was unavoidable and as I perceived no threat to my family from Anderson,” Standen writes. “I merely compartmentalised my work and social interactions. I formed the view that he was a retired old-school criminal looking for a quiet life on the coast.”

“How can he possibly be a family friend?” said Kennedy. “How the fuck could you even let him in your house knowing what he’s done? That would have been the average copper’s response to Mark Standen trying to explain why he’s friendly with Neville Tween.”

The ABC investigation team has also been told Neville Tween was an informant of Mark Standen.

Kennedy believes this is another strong reason for an investigation into the relationship he describes as “the unholy relationship”.

“What happens is when police get investigated for these historical matters it’s never about the actual incidents themselves it’s about the cover up,” said Kennedy. “And the cover up is not necessarily about criminal activity it’s about competency, it’s about misconduct.”

In addition to Standen’s letters, the Barrenjoey Road journalists have obtained evidence that suggests Standen could have stalled an investigation into missing woman Trudie Adams.

Episode 2 of Barrenjoey Road airs on ABC and ABC iview Tuesdays at 8.30pm. Episode 1 is available to view on demand on ABC iview now.

A new episode of Season 2 of the Unravel: True Crime podcast is available today from wherever you get your podcasts.

Since the show started airing on ABC Kids a month ago, ABC (main channel) have been showing “special presentations” of Bluey at 6pm. For those who don’t know, it’s a soon-to-be-cult animated show for little kids about a family of dogs (literally everyone in the show is a dog).

Before that, there is a short promo advising the viewer about it being a special presentation. Could anyone capture it?

As part of the ABC’s true crime investigation series Barrenjoey Road , journalists Ruby Jones and Neil Mercer have uncovered new information that could reveal the possible location of the remains of missing teenager Trudie Adams who disappeared from Sydney’s Northern Beaches in 1978.

In this week’s episode of TV series Barrenjoey Road and series two of podcast Unravel: True Crime , Jones and Mercer uncover new evidence from a former law enforcement source who suggests that Trudie Adams remains could be in a waterway near Christmas Tree Hill, Cottage Point, in Ku-Ring-Gai Chase National Park. According to this source, a known underworld figure has suggested that Adams’ body was disposed of in this location. The information has been passed on to police.

Following the release of Unravel: True Crime and Barrenjoey Road episodes, Jones and Mercer have been inundated with tips and leads relating to their investigation that they are currently pursuing with the hope of being able to get justice for Trudie’s family and friends.

It has been scheduled right before Doctor Who on Mondays so the sci-fi drama can finish just before 7pm news. 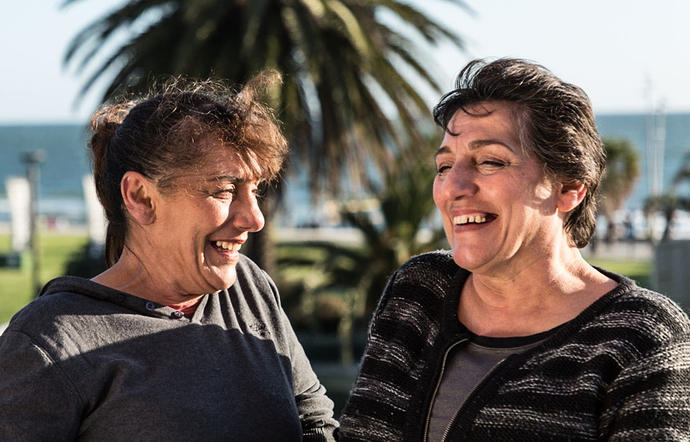 In 2018 Australians were given a glimpse of the Gatwick Private Hotel in St Kilda on popular renovation series The Block .

The Gatwick has been described by some as a flophouse, a hell hole even, and by others as providing an essential service for the disadvantaged.

Shot over four years, GATWICK - The Last Chance Hotel chronicles the final years of the Gatwick Private Hotel, a boarding house that over the years became a local, and then national icon and reveals the intimate stories and the fascinating characters you never knew about – and the women who dedicated their lives to looking after them.

Rose Banks and Yvette Kelly offered their tenants much more than a roof over their heads, and Gatwick – The Last Chance Hotel is as much a loving tribute to the sisters as it is a contemplation of dignity and the challenges faced by the underprivileged, including the basic need for shelter.

Clouded by various myths perpetuated in the media, this film tells the true story of Rose Banks and Yvette Kelly, twin sisters who worked at the hotel from the age of 14 until they sold the property in 2017.

Halfway home to a few; home to many, in this intimate documentary, we observe a rag tag menagerie of characters who either live in; frequent; or work at the Gatwick, under the watchful and caring eyes of twin sisters known locally as ‘The Saints of St Kilda’. 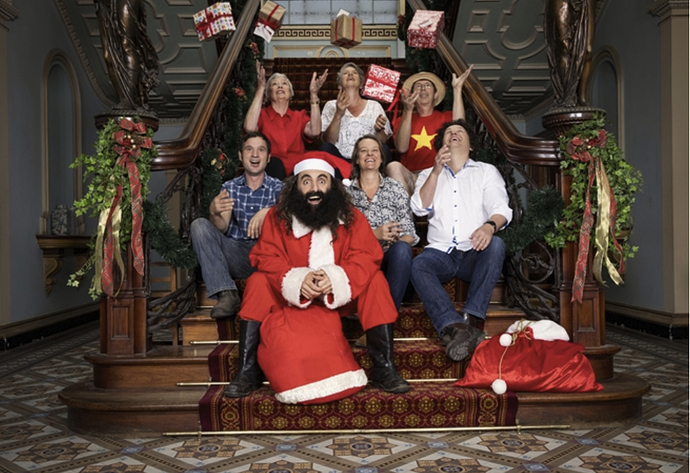 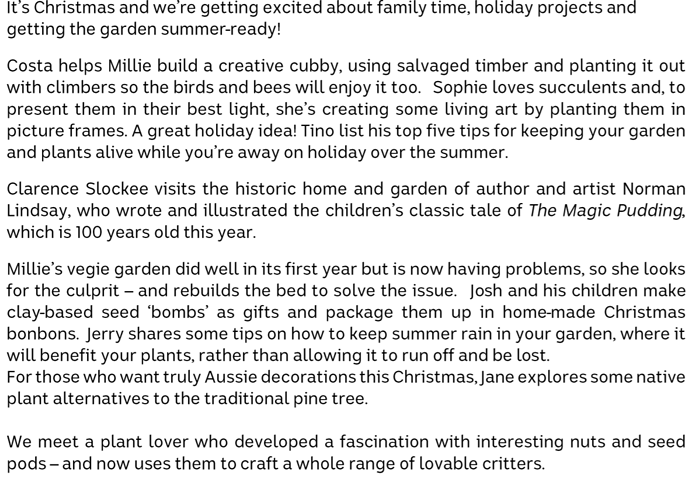