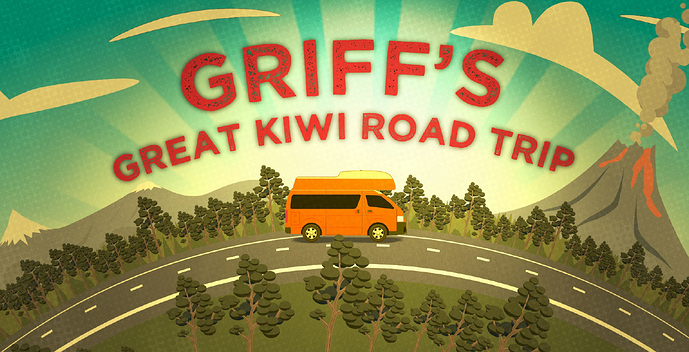 British comedian and travel enthusiast Griff Rhys Jones is packing his bags, pulling on his hiking boots, and heading out into the wilds to explore New Zealand. Journey with him as he drives, flies, cycles, sails and jetboats his way from the top of the North Island to the bottom of the South Island - all the while avoiding the well-trodden path of State Highway 1. On this adventure, Griff explores the paths less travelled and asks the questions never asked, to reveal a side of New Zealand rarely seen.

The adventure takes Griff from the sandy northern tip of the North Island, through the largest city Auckland and in to the volcanic hotspots of the Central Plateau. Down to the shaky capital city of Wellington and across the Cook Strait to the stunning South Island. Down the wild West Coast and across the Southern Alps mountain spine. In to (and high above) the southern lakes and fiords, finishing on the wind-swept beach where the mainland ends.

A challenge is thrown down at the beginning of each episode that helps Griff discover the heart of the Kiwi way, as he holds up a mirror to New Zealanders and asks “what does it mean to be Kiwi today?” With each challenge Griff investigates iconic aspects of life in New Zealand - meeting interesting people, throwing himself into activities, and revealing layers of history and culture in each region.

Following on from his many previous successful on-screen adventures, ranging from “Three Men in a Boat” and “Greatest Cities of the World” through to the more recent “Griff’s Great Britain” and “Griff’s Great Australian Rail Trip”, Griff’s Great Kiwi Road Trip is fun and fascinating, turning everyday events into adventures, and mixing it with the locals to find the best of Aotearoa New Zealand. 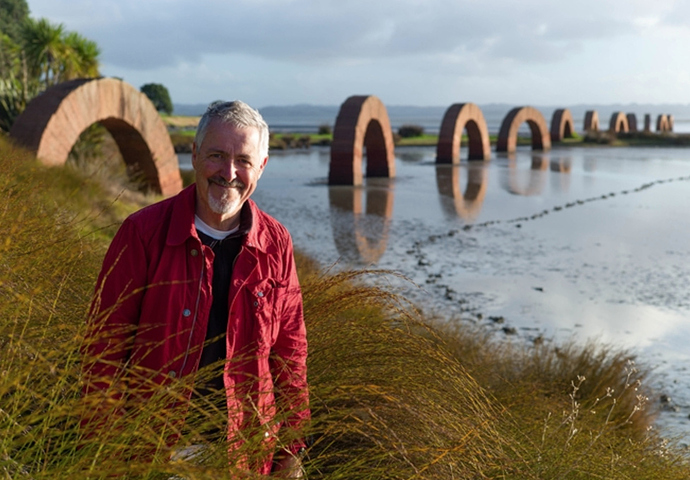 The ABC has received queries about the inclusion of a question about smacking children in the Australia Talks national survey.

Australia Talks is designed to find out what Australians think about important issues and start discussions about them. The questions do not endorse any particular answer or behaviour.

The question about smacking children was included in the survey in order to examine Australians’ views on this deeply divisive issue. It has provided an insight into our behaviours and created an opportunity to discuss the serious issues it raises.

There is no value in ignoring practices and opinions that are widespread in the community. Our coverage has made clear the harms associated with smacking children, and included personal experiences, for example in this story: https://www.abc.net.au/news/2019-11-19/is-it-ok-to-smack-your-child-australians-are-divided/11646028

Some of the reporting on the research behind Australia Talks has misstated its methodology, and claimed the survey was of ABC audiences only. Asserting that the results of the Australia Talks national survey are somehow not representative of the population overlooks the rigorous scientific work that was undertaken to ensure the validity of the conclusions drawn from the survey.

These inaccuracies are based on claims that the respondents to the survey were drawn from the panel of the ABC’s research partner, Vox Pop Labs, which is also our partner on the Vote Compass project run during election campaigns.

Vox Pop Labs maintains an online respondent panel comprised of millions of people worldwide, including several hundred thousand Australians. A majority of these people opted-in to the Vox Pop Labs panel by way of Vote Compass, but to suggest that these are exclusively ABC audience members is categorically false.

Though hosted and promoted by the ABC during election campaigns, Vote Compass is used by a broad cross-section of Australians, a significant share of whom are not ABC audience. Moreover, Vox Pop Labs applies a statistical treatment to the survey data which controls for potential selection effects in the sample.

This is an industry standard practice among polling firms, the only difference being that the size and richness of the Australia Talks sample permit for much more rigorous controls than are otherwise possible with conventional samples of public opinion.

It’s that time of year again! The time of year when Christmas songs take over the airways in anticipation of Santa’s arrival. The only thing is, we’ve heard them all before – too many times before! They’re always the same old songs, year in and year out, and it’s time for something new.
This year the ABC asked some very talented people to compose a bunch of brand-new Christmas songs. Christmas Sounds Better This Year! features five exceptionally talented musical groups and artists who set out to create something special.

Tuesday 26 November
9:30pm The Prince and the Paedophile

The questionable friendship between Prince Andrew and multi-millionaire paedophile Jeffrey Epstein. An investigation into the British connections to this tawdry tale.

It has been replaced by a special Clive James: A Tribute.

The 2019 Royal Edinburgh Military Tattoo features colourful talent from around the world on the magnificent esplanade of Edinburgh Castle. The international cast delivers ever-changing colourful entertainment in this programme of highlights from the popular annual event, narrated by Bill Paterson.

Amongst the highlights are the Trinidad and Tobago Defence Force Steel Orchestra, bringing the sounds and sights of the sparkling Caribbean to Edinburgh, and making their Edinburgh Tattoo debut the Beijing Marching Wind Band and Cultural Display Team perform with elegance and style in an act representing prosperity, good luck and harmony. From New Zealand, the Lochiel Marching Drill Team brings precision in synchronised movement, whilst the New Zealand Army Band entertains with a varied display filled with a fine mix of cultural andcontemporary sights and sounds from the antipodes.

The Heeresmusikkorps Kassel from central Germany go on a hunt in the dark forest, accompanied by traditional hunting music. The Lyon-based Musique de l’Artillerie, the French Artillery Band, bathe the esplanade in an act reminiscent of La Moulin Rouge. Tattoo Dance Company provides an outstanding display with the usual high standard of massed Highland dancing.

The much-loved Shetland fiddlers Hjaltibinhoga transport the audience to their islands home with music reminiscent of the colourful seas around Shetland. Red Tunics and Black Bearskins from the two bands of the Household Division mark this as very much a British Army year. The Band of the Scots Guards, the Band of the Irish Guards and the Band of the Royal Regiment of Scotland combine for a fine display of the best of British military music. The cast combine to bring familiar tunes in the Tattoo style, accompanied by fireworks, choreography and projections that light up the castle.

On Dec 20, 1939 PM Robert Menzies announced Australia’s first international broadcast service. From radio, to TV, digital, mobile, social and streaming we have taken an Australian voice to the Asia Pacific and the world.

Thursday 19 December
7:30pm 7.30: 2019 Year In Review Season Final In the final 7.30 for 2019 Leigh Sales and the team look back on the incredible stories and extraordinary people who have made it a memorable year.
8:00pm Grand Designs Australia: Williamstown Bluestone House
8:50pm Call The Midwife: Christmas Special
10:10pm Killing Eve: I Don’t Want To Be Free
10:55pm ABC Late News
11:25pm Call The Midwife

The ABC has pulled two promos for the new travel show Griff’s Great Kiwi Road Trip, which premieres next Monday. 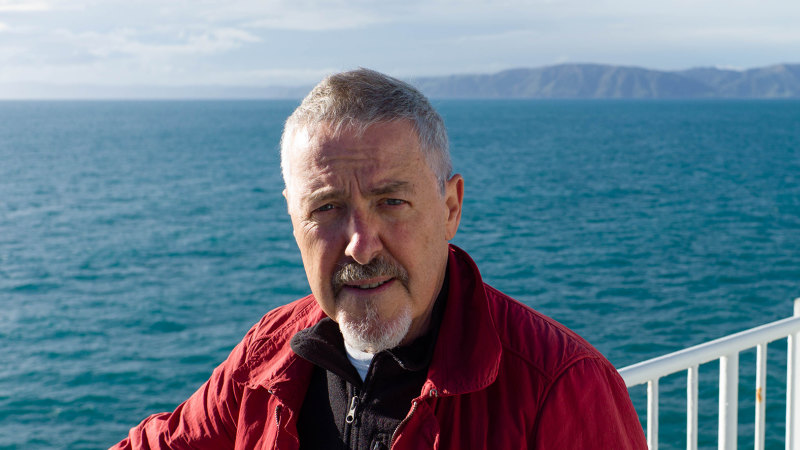 The broadcaster is also considering a re-edit of the episode in which the UK funnyman visits the site of this week's eruption.

Nigella: At My Table 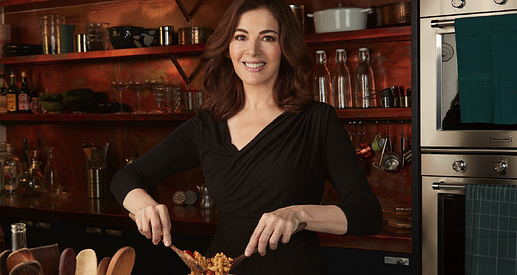 Nigella: At My Table is a delicious celebration of home cooking, the food that makes
people feel happy and welcome as they sit around your table.

In her latest series, Nigella Lawson shares the food she cooks for family and friends. Whether offering up her fresh take on familiar classics, or creating new dishes inspired by different cuisines, Nigella ensures that everyday eating is always pleasurable, with a minimum of fuss. Recipes include Emergency Brownies, Butternut and Sweet Potato Curry and Beef and Aubergine Fatteh.
Creating dishes as mouth-watering and inventive as ever, Nigella shows us those special shortcuts that make life easier without sacrificing taste, ensuring that you can spend precious time with family and friends - at your table.

Nigella decamps to the countryside for her cosiest Christmas yet. Away from the hustle and bustle of the city, in a converted barn in the middle of a remote and rural landscape, Nigella and friends celebrate the beauty of nature, the quaintness of village life, and the true warmth of the season. Against a backdrop of crackling log fires and sparkling lights, Nigella cooks up a seasonal feast, and gives tips for easy entertaining, bringing some new and festive flavours to familiar and traditional fare.

In the first edition, she shares new discoveries like her Turkish-inspired eggs, old- fashioned favourites including the aptly named Queen of Puddings, as well as her emergency brownies. Nigella rustles up a simple chicken and pea tray-bake for a relaxed get-together around the table, and she finds a new use for a spiraliser.

Despite the title that is in the published schedule, it appears that ABC has withdrawn episode 2 that has this title from the series and will only broadcast three of the four original episodes.

The ABC must think that re-editing episode 2 is too hard. Hope it will be screened in future repeats.

Australian of the Year 2020

The Australian of the Year Awards celebrates the achievements and contributions of eminent Australians throughout the last year. There are 32 people in contention for four award categories:

The evening’s celebrations willbehosted by Kumi Taguchi and Jeremy Fernandez, with the Prime Minister, the Hon Scott Morrison presenting the four category awards as they are announced, culminating in the announcement of the Australian of the Year 2020.

The event will include performances by The Deep Blue Orchestra and interviews with a stellar cast of previous Australian of the Year alumni from the past 60 years.

On January 26, at 9.30am local time in each state, the first feature length interview (30 minutes) with the recipient of the Australian of the Year will air on ABC Radio local stations.

As the sun sets on our national day, the Australia Day Live concert will be broadcast from the Sydney Opera House forecourt and Circular Quay from 7.30pm AEDT on ABC and ABC iview.

Under the direction of Australia Day in Sydney Creative Director John Foreman OAM, this spectacular event will feature some of Australia’s best musical talent, plus dazzling fireworks displays that will transform the sky and water of Sydney Harbour.

Aussie music legends and entertainers will rock the stage in this extravaganza, performing classic songs synchronized with a troupe of jet-skis, fly-boarders, a flotilla of yachts, as well as the stunning Tug and Yacht Ballet and a tribute to opera.

Produced by the NSW Government, Australia Day Live will be hosted by John Foreman, Jeremy Fernandez and Christine Anu.

More information on hosts and the performer line-up coming in January 2020.